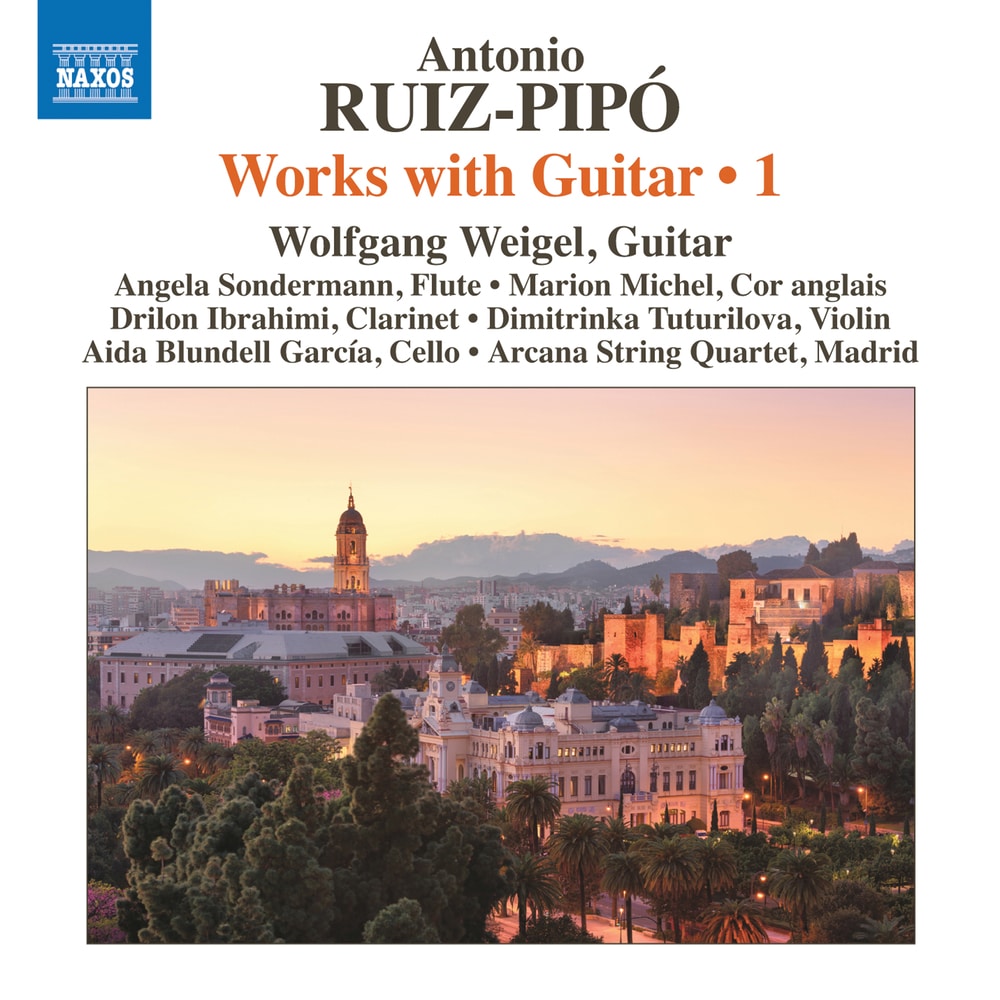 Available in 44.1 kHz / 24-bit AIFF, FLAC audio formats
Antonio Ruiz-Pipo was one of the bravest and most progressive of the Spanish composers to escape the Franco dictatorship. His Andalusian background, Catalan training, residence in Paris and an enduring admiration of his ‘saint’ Manuel de Falla have all shaped his oeuvre. These solo and chamber works offer an overview of his career, from the poignant Estancias to the Mediterranean-influenced Trio en miniaturas which also represents Ruiz-Pipo’s fascination with the music of antiquity. Infused with elements of French lyricism and sultry Spanish moods, Ruiz-Pipo’s complex but humane musical idiom is richly deserving of discovery. Internationally acclaimed guitarist Wolfgang Weigel was born in 1954 in Saarbrucken. He studied at the music academies of Saarbrucken and Lubeck between 1970 and 1975, and later he became close friends with guitarist Karl Scheit in Vienna who became his artistic mentor. Weigel began to develop his international career as a performer and teacher in the 1980s and began to concentrate on contemporary music, focusing mainly on the repertoire of post-Franco Spain and South America.
44.1 kHz / 24-bit PCM – Naxos Studio Masters