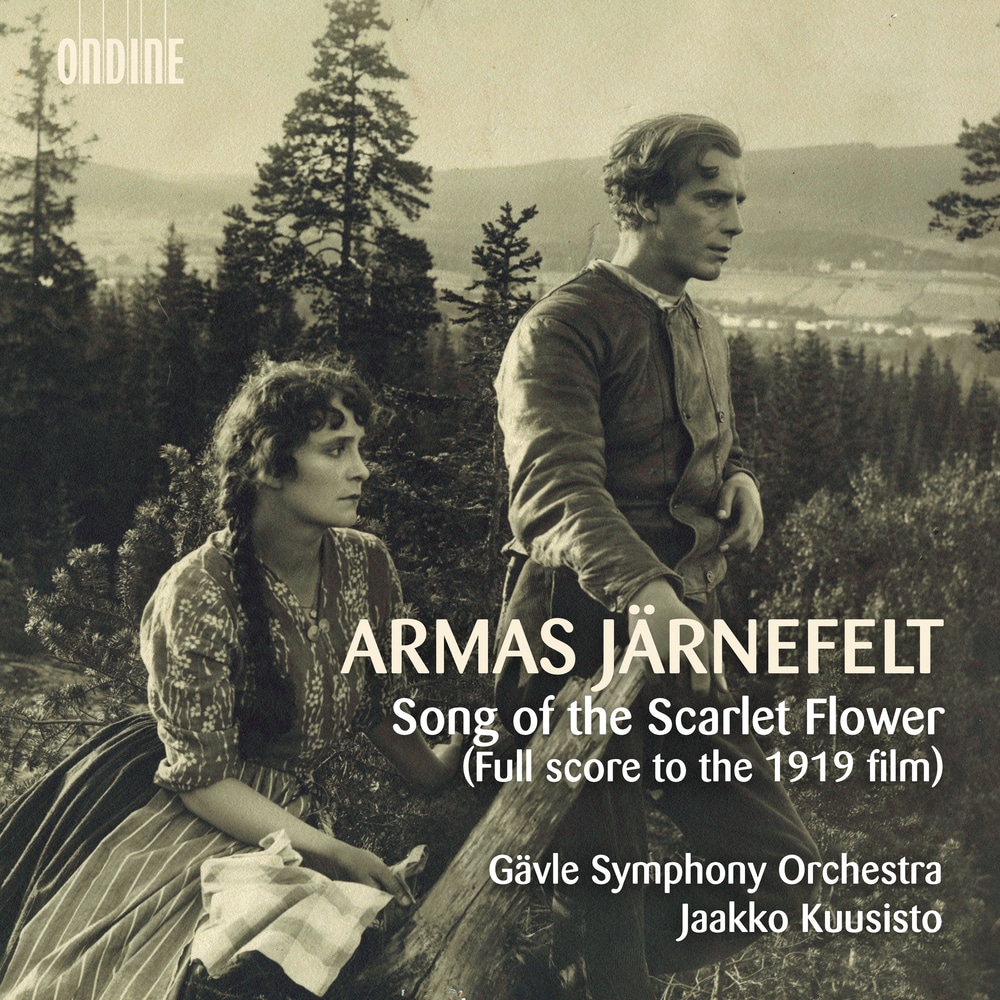 Song of the Scarlet Flower (Full Score to the 1919 Film)

Available in 96 kHz / 24-bit AIFF, FLAC high resolution audio formats
This release includes the world première recording of the full orchestral score written by Armas Järnefelt (1869–1958) for Mauritz Stiller’s silent film Song of the Crimson Flower (1919) performed by Gävle Symphony Orchestra under Jaakko Kuusisto. Armas Järnefelt – today largely known in music literature only as Sibelius’ brother-in-law – became one of the most remarkable Finnish orchestral composers during the 1890s. The composer wrote several symphonic poems and orchestral suites in his young age which were highly successful and widely performed by various orchestras in his home country. However, for reasons unknown, Järnefelt decided to devote himself to conducting. In the years to follow, Järnefelt moved to Sweden and become a highly-esteemed conductor. Some of Järnefelt’s miniatures became hits for salon orchestras in Europe, such as his Berceuse, but this recording makes more justice to a largely forgotten Nordic composer. In 1919, Finnish-born film director Mauritz Stiller approached Armas Järnefelt and commissioned him to write an orchestral score for his silent film ‘Song of the Scarlet Flower’ (Sången om den eldröda blomman), based on a novel by Finnish author Johannes Linnankoski. Järnefelt made great efforts for the project and as a result, wrote a large 100-minute orchestral score. The work can be considered as his final orchestral masterpiece and a pioneer work in film music. The film was a huge hit and went on to be screened in more than 40 countries in addition to Sweden. It was also the first ever Nordic feature-length film to have a full-length original score written for it. Järnefelt’s score was lost for a long time, although he did conduct a recording of extracts from the score in 1931. In the 1980s the original score was rediscovered among the possessions of Järnefelt’s relatives. Järnefelt’s score was augmented and restored by Jani Kyllönen and Jaakko Kuusisto for the present recording.
96 kHz / 24-bit PCM – Ondine Studio Masters