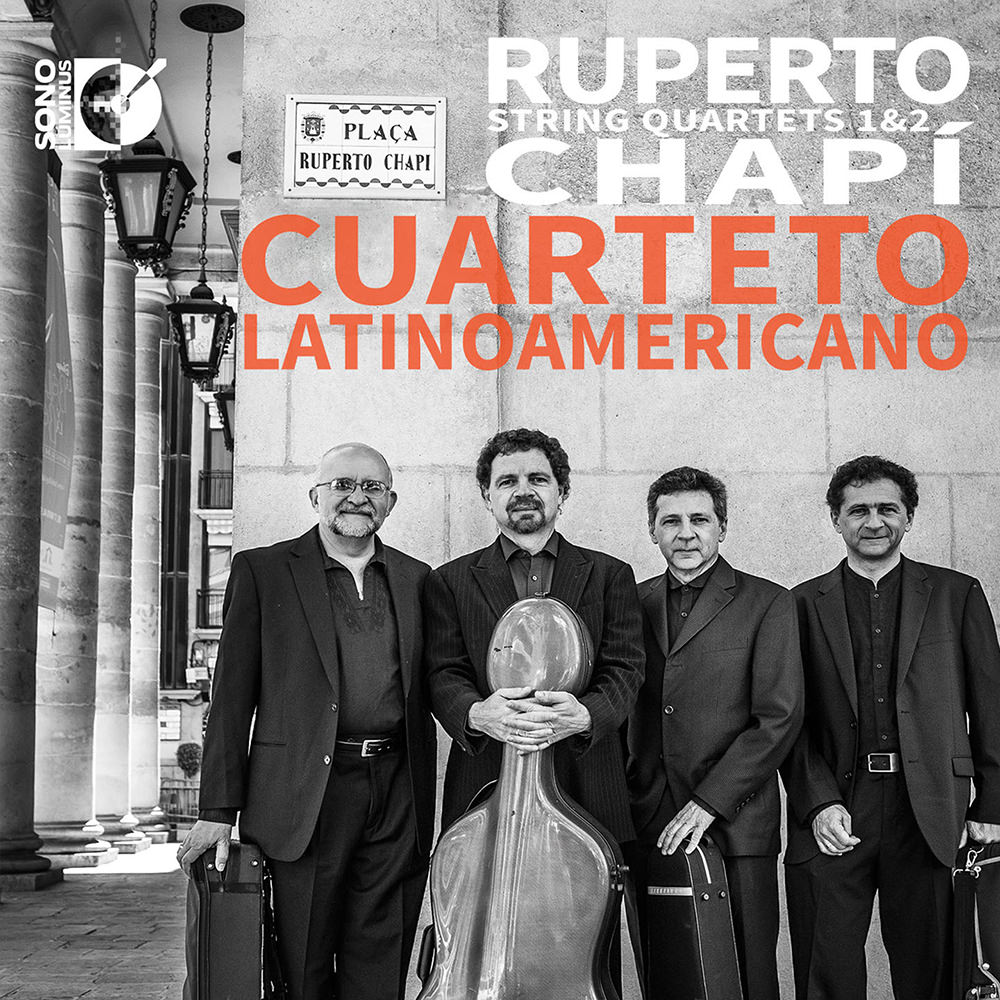 Available in 96 kHz / 24-bit AIFF, FLAC high resolution audio formats
"The Cuarteto Latinoamericano plays with typical incisiveness and verve. However, the ensemble smartly tempers its trademark sharp sonority in a manner consistent with the music’s elegance and warmth ... superb engineering from Sono Luminus captures every inflection with natural fidelity. A great release." - ClassicsToday.com Cuarteto Latinoamericano performs two chamber music works by Ruperto Chapí that masterfully channel the colour and Spanish drama of the zarzuela into the almost abstract and Central European genre of the string quartet. With this release, the Cuarteto, known worldwide as the leading proponent of Latin American music for string quartet, has recorded most of the Latin American repertoire.
96 kHz / 24-bit PCM – Sono Luminus Studio Masters