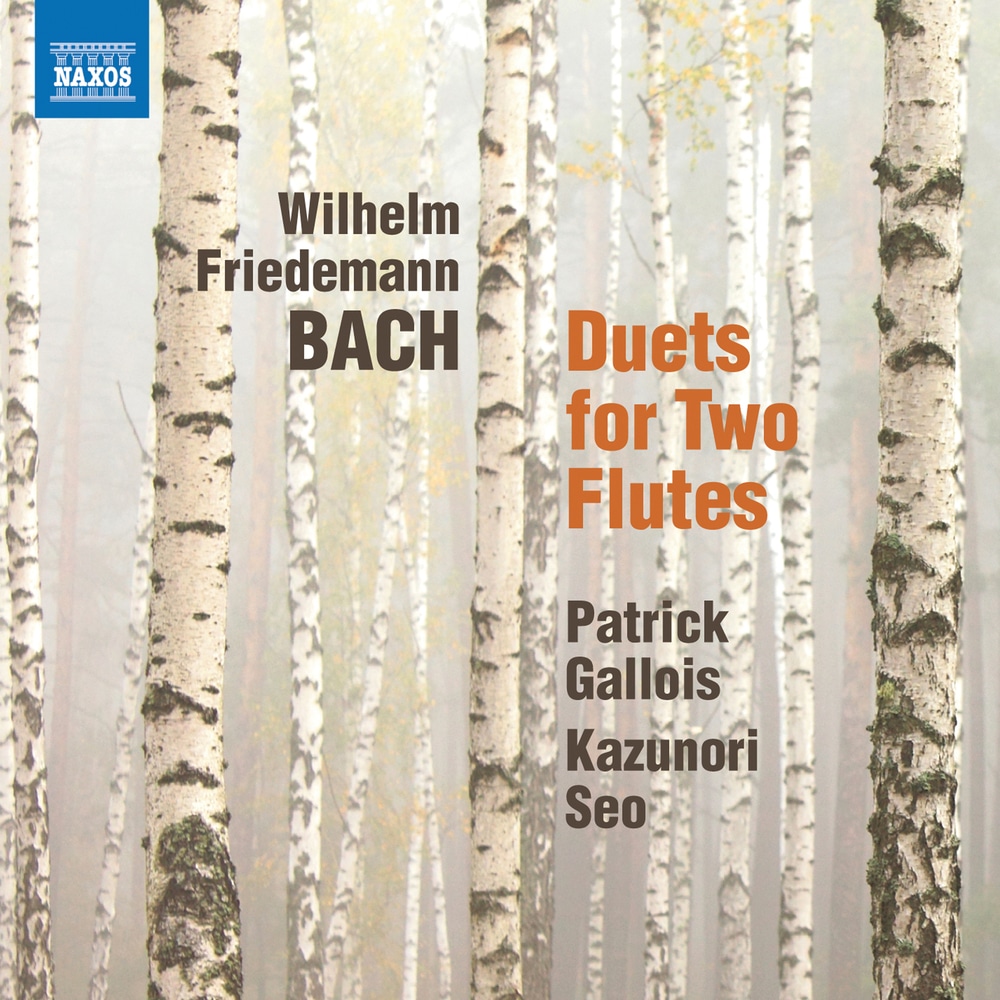 Wilhelm Friedemann Bach, Johann Sebastian Bach’s oldest son, enjoyed a reputation as one of Germany’s finest organists, but his career was one of mixed fortunes and he died in poverty. The dating of his Six Duets is the subject of speculation, but their level of technical sophistication is quite remarkable. Each instrument is given equal status in music that is full of the kind of joyous brilliance, passion and free-mindedness of spirit that transcends virtuosity and the stylistic boundaries of W.F. Bach’s period. Patrick Gallois belongs to the generation of French musicians leading highly successful international careers as both soloist and conductor. From the age of 17 he studied the flute with Jean-Pierre Rampal at the Paris Conservatoire, and at the age of 21 was appointed principal flute in the Orchestre national de France. Today, he has a wide repertoire both as a conductor and a flautist, with a predilection for contemporary music. Kazunori Seo was born in Japan in 1974. He began his music studies first with his parents, and then in Paris at the Paris Conservatoire where he was awarded the Premier Prix in flute in 1998. A prizewinner of international competitions, he has gained recognition as one of the world’s outstanding flautists through numerous appearances as soloist, recitalist and chamber musician.
44.1 kHz / 24-bit PCM – Naxos Studio Masters