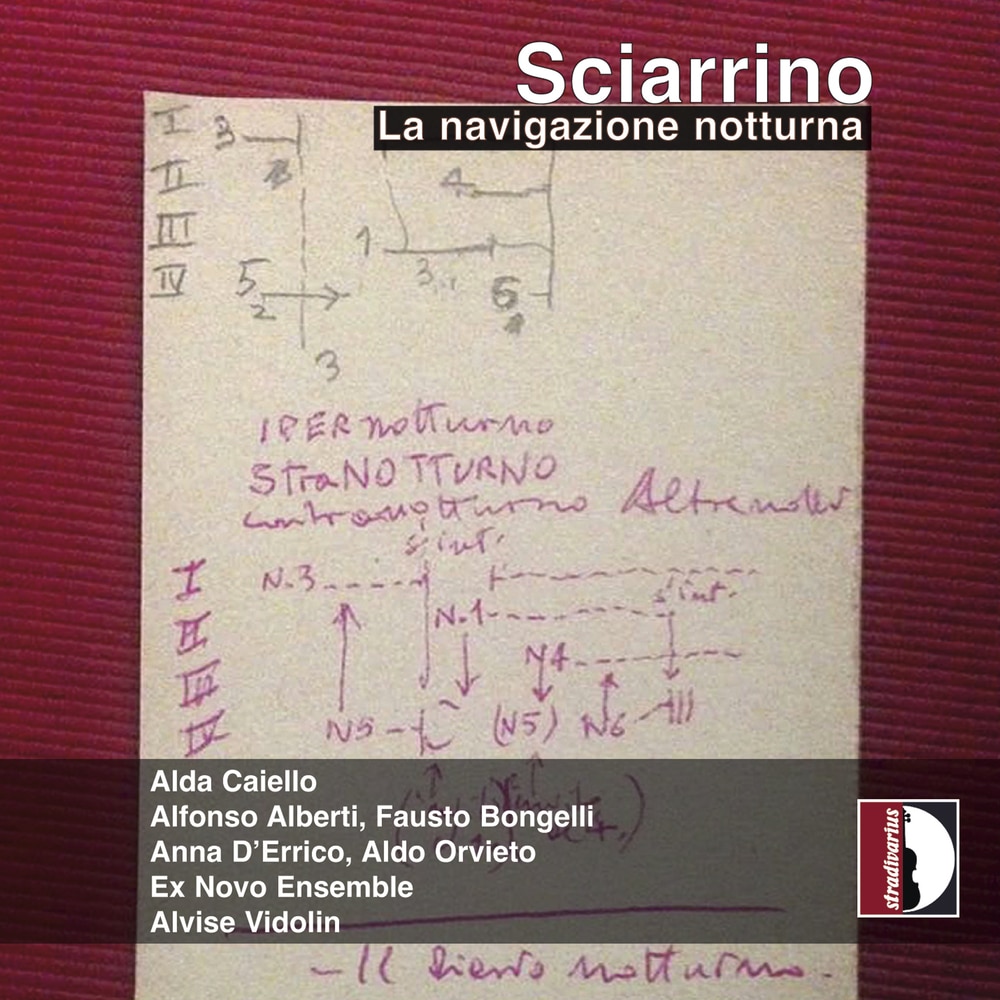 La navigazione notturna is the “first fragment of a broader cosmology,” composed in Città di Castello in 1985, for the Sagra and the Tempio Malatestiani of Rimini. At the last moment that performance did not take place. The score was stopped at bar 85, but from that point onwards the work was planned in detail on graphic plots which indicated two parallel dimensions: one for the transformations of the sound elements (fast and complex agglomerates) with the other controlling the articulation of the physical acoustic space through the switching of sound agglomerates among instruments. Thus a four-part dialogue began to take shape. The part of the fragment that was not yet in the score has now been transcribed from those plots. The project envisaged the four instruments placed in a cross and the listening area in the center of the acoustic space. Due to the nature of this composition, it has not yet been recorded, making this the world premiere. Three other works by Sciarrino are featured as well: Due Arie marine, Il giardino di Sara, and Altre notti.
96 kHz / 24-bit PCM – Stradivarius Studio Masters