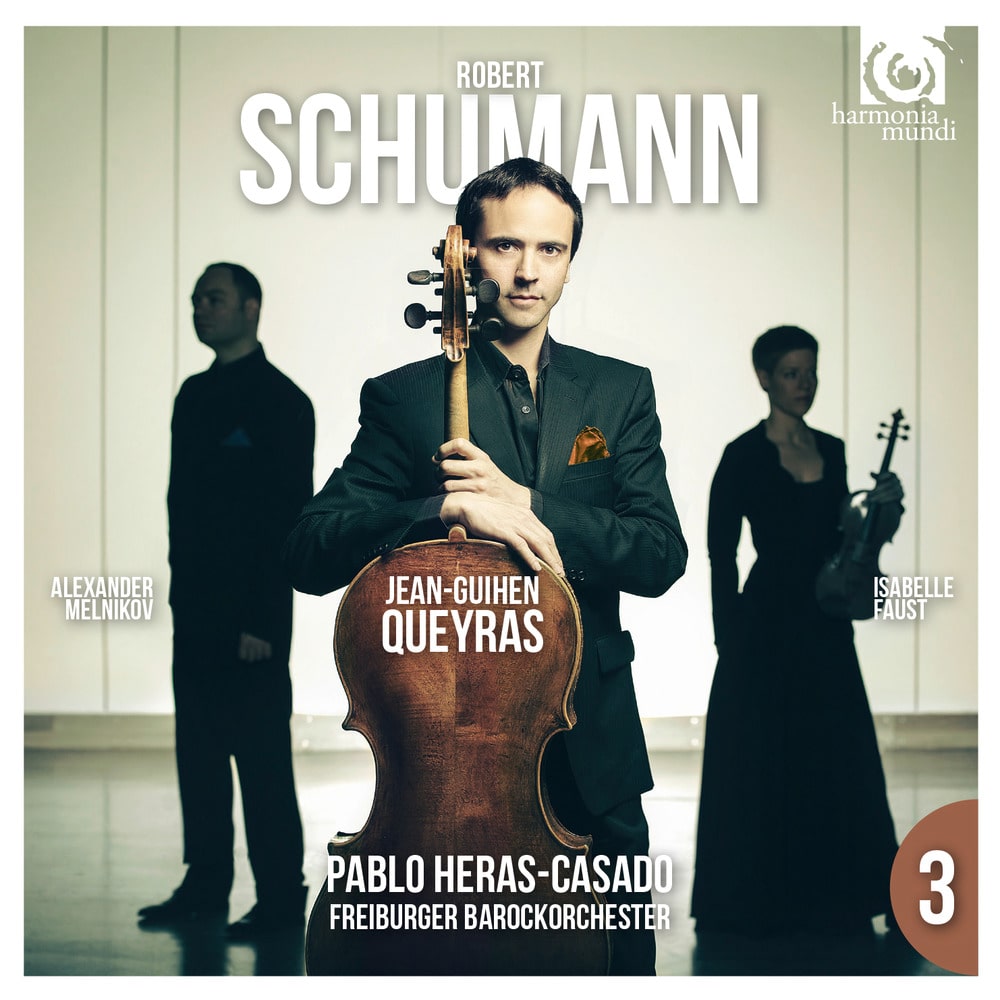 "... these are no ordinary musicians. The trio of Isabelle Faust, Alexander Melnikov and Jean-Guihen Queyras ... is one to reckon with."
- Gramophone

"Four Stars ... Queyras gives an intimately conversational account of the Cello Concerto, never turning it into a virtuoso vehicle for its own sake ... (he) persuades the Freiburg Baroque Orchestra under Pablo Heras-Casado to give him equally gentle, refined support."
- The Guardian

This third and final installment in a trilogy devoted to the complete concertos and trios of Schumann documents the metamorphosis of an œuvre and spotlights French cellist Jean-Guihen Queyras on the Cello Concerto. He is joined by violinist Isabelle Faust and pianist Alexander Melnikov, backed by Pablo Heras-Casado and the Freiburger Barockorchester on this authentic programme that also includes the Piano Trio No. 1. Though energetically championed by Clara Schumann, the Cello Concerto suffered from delays in publication and was not premiered until after the composer’s death. Interpreted in the same poetic spirit as its two predecessors, this third volume concludes an adventure that has changed forever the way we listen to Schumann.
96 kHz / 24-bit PCM – harmonia mundi Studio Masters