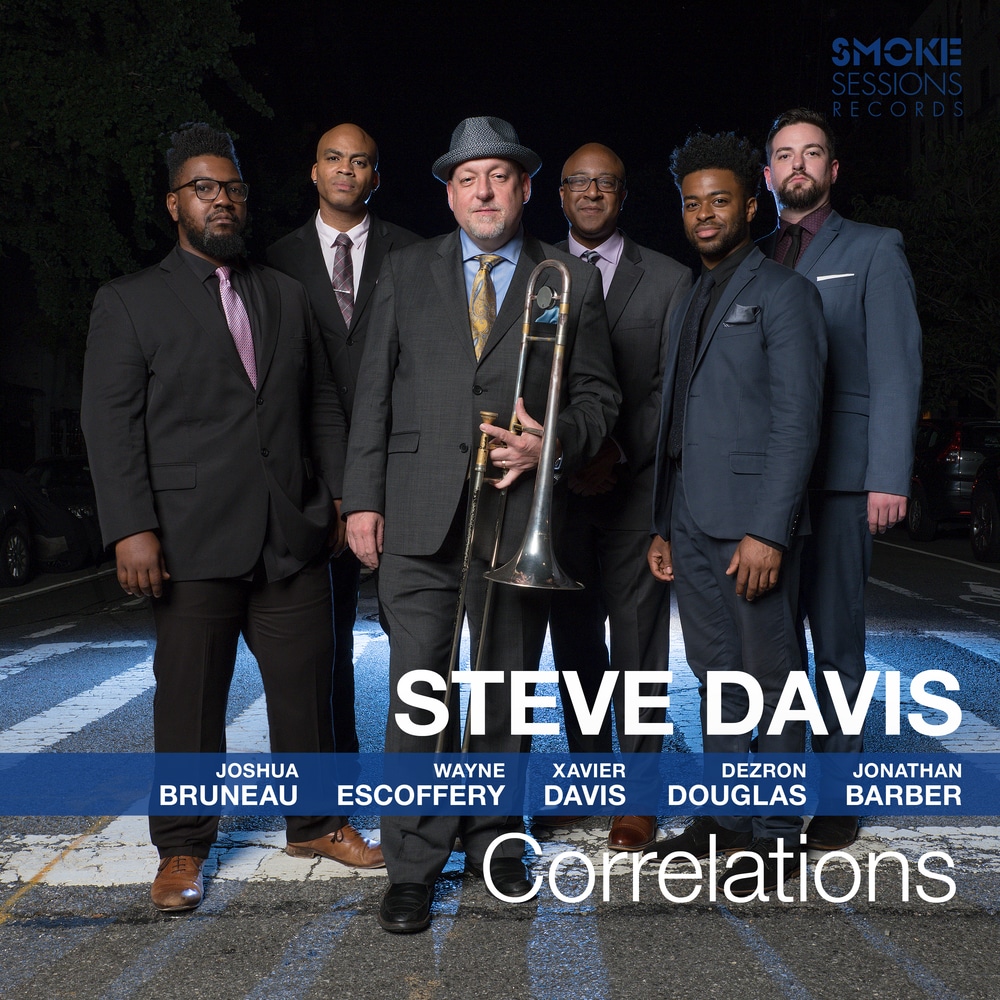 Available in 96 kHz / 24-bit AIFF, FLAC high resolution audio formats
One of the great jazz trombone players, Davis is a modern master, carrying on the tradition of legends like J.J. Johnson, Curtis Fuller, and Slide Hampton. JazzTimes says, “(Davis) has established himself as one of the most accomplished and lyrical improvisers on his instrument as well as a prolific composer. Downbeat says, “Davis thoughtfully balances modernism, lyricism and drive—as a writer and a player.” Don’t miss this exciting new chapter in his career. Correlations introduces the new band with a set of inspired new tunes and classic compositions from jazz masters who’ve pointed the way for Davis and his cohort to follow, galvanized by tradition but boldly pushing forward. That adventurousness is just one of the connections that binds these six artists together, one of many correlations that give the album and the sextet their name. Whether you consider Correlations in terms of key mentors, mutual inspirations, shared experiences or sympathetic outlooks, what’s most important is not the source of these connections but the bonds they’ve forged. With this superb new sextet, Steve Davis has assembled a band whose ties can bind in endlessly creative and vibrant new music. Correlations was produced by Paul Stache and Damon Smith and recorded live in New York at Sear Sound's Studio C on a Sear-Avalon custom console at 96KHz/24bit and mixed to ½" analog tape using a Studer mastering deck.
96 kHz / 24-bit PCM – Smoke Sessions Studio Masters