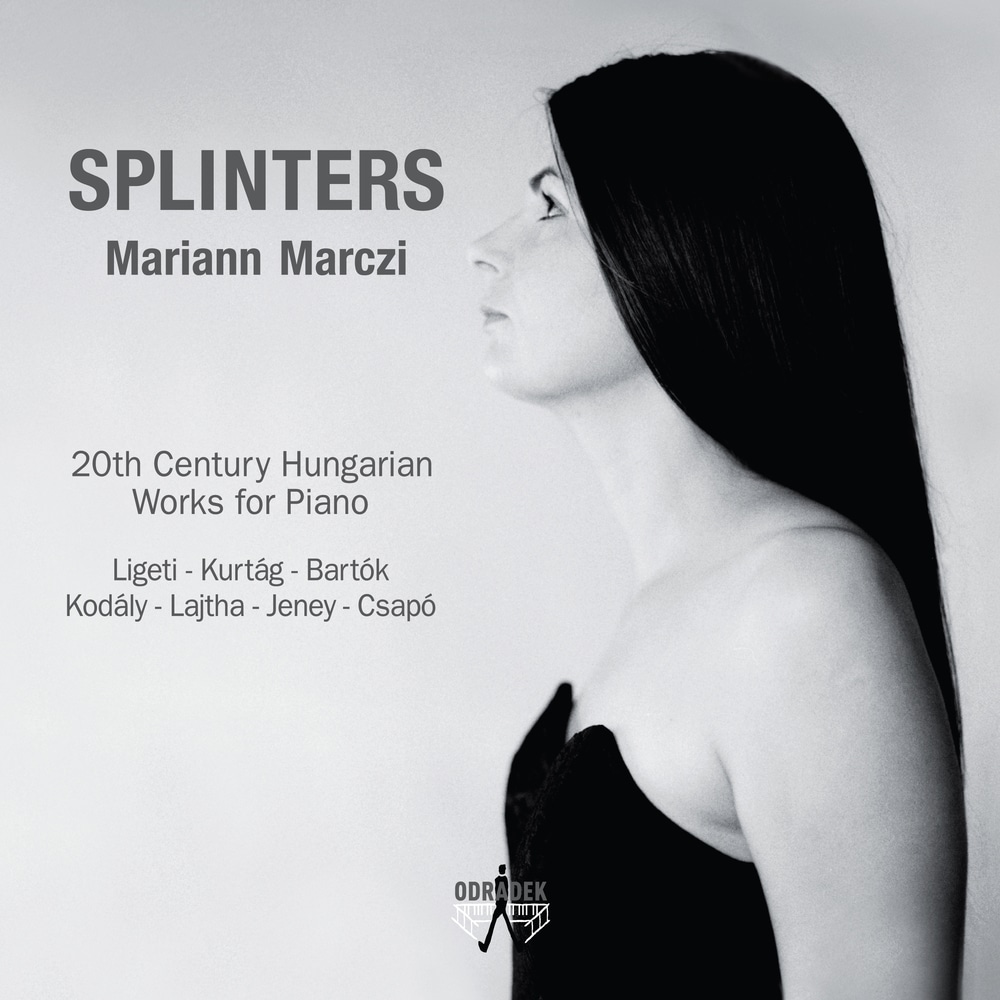 Pianist Mariann Marczi performs a very personal program of 20th century works from her native Hungary, featuring works that form two pillars at either ends of the last century, grouped between 1907 and 1918 and from 1976 to 1989. Like pylons, these two blocks of compositional styles and techniques are linked by a hidden and complex network of bridges arpeggios that at times imitate the sounds of the harp, dulcimer or far-away bells, a strong French influence, be it biographical, musical and frequent references to francophone poetry, and a common tendency towards the transcendental.

Mariann has worked together with all of the living composers on her album, and authoritatively carries out their intentions, while bringing to light the subtle nuances across the interesting and varied landscape of last century’s Hungarian music.
96 kHz / 24-bit PCM – Odradek Records Studio Masters