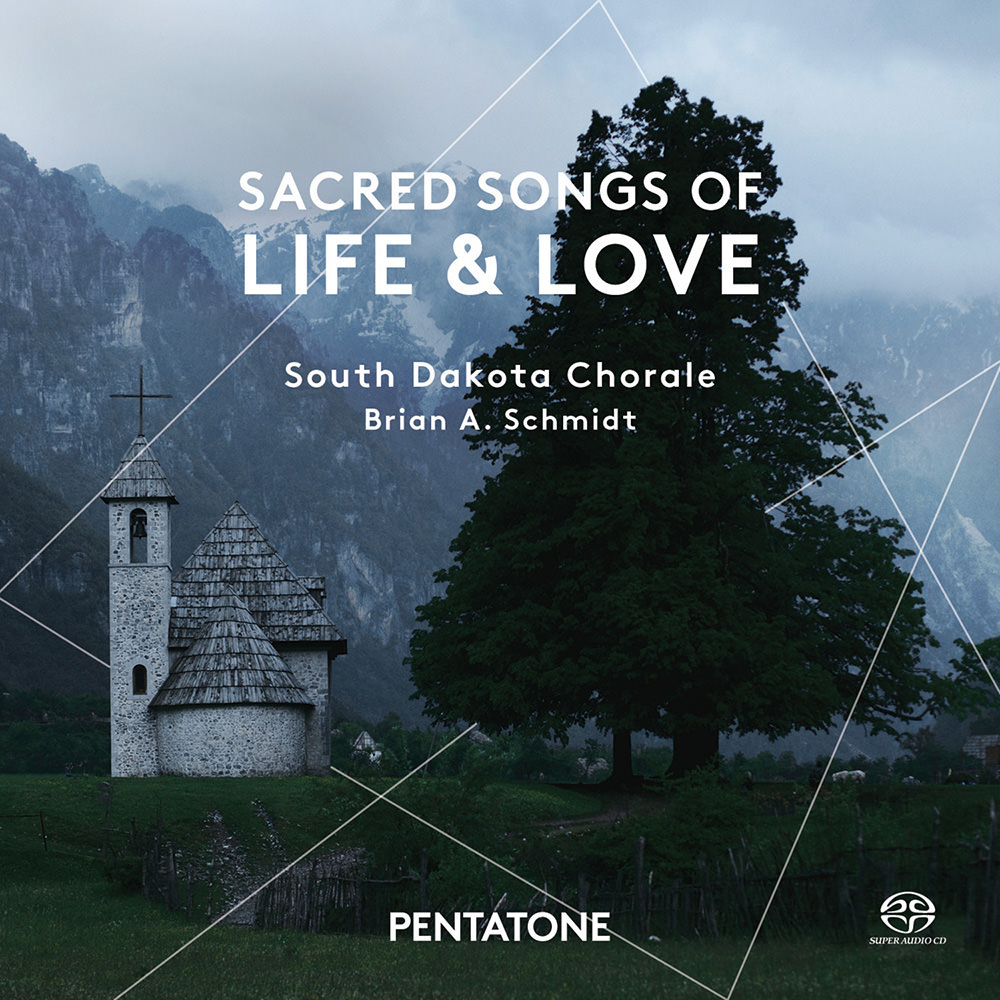 Sacred Songs of Life & Love features some of the most beautiful works in contemporary Scandinavian and Baltic choral music, performed by the South Dakota Chorale under conductor Brian A. Schmidt. Recorded in January 2014 in the grand acoustical environment of St. Joseph Cathedral in Sioux Falls, South Dakota by Grammy-winning producer Blanton Alspaugh, this album testifies to the stature of the South Dakota Chorale as a first-rate ensemble that delivers no less than sublime choral performances.

“We hope this collection will take you through a full range of your human emotions. This music is full of hope, joy, peace and love; we hope it will fill your heart and ears with much of the same."
- Brian A. Schmidt, conductor and artistic director
96 kHz / 24-bit PCM and 2.8224 MHz DSD – PentaTone Studio Masters