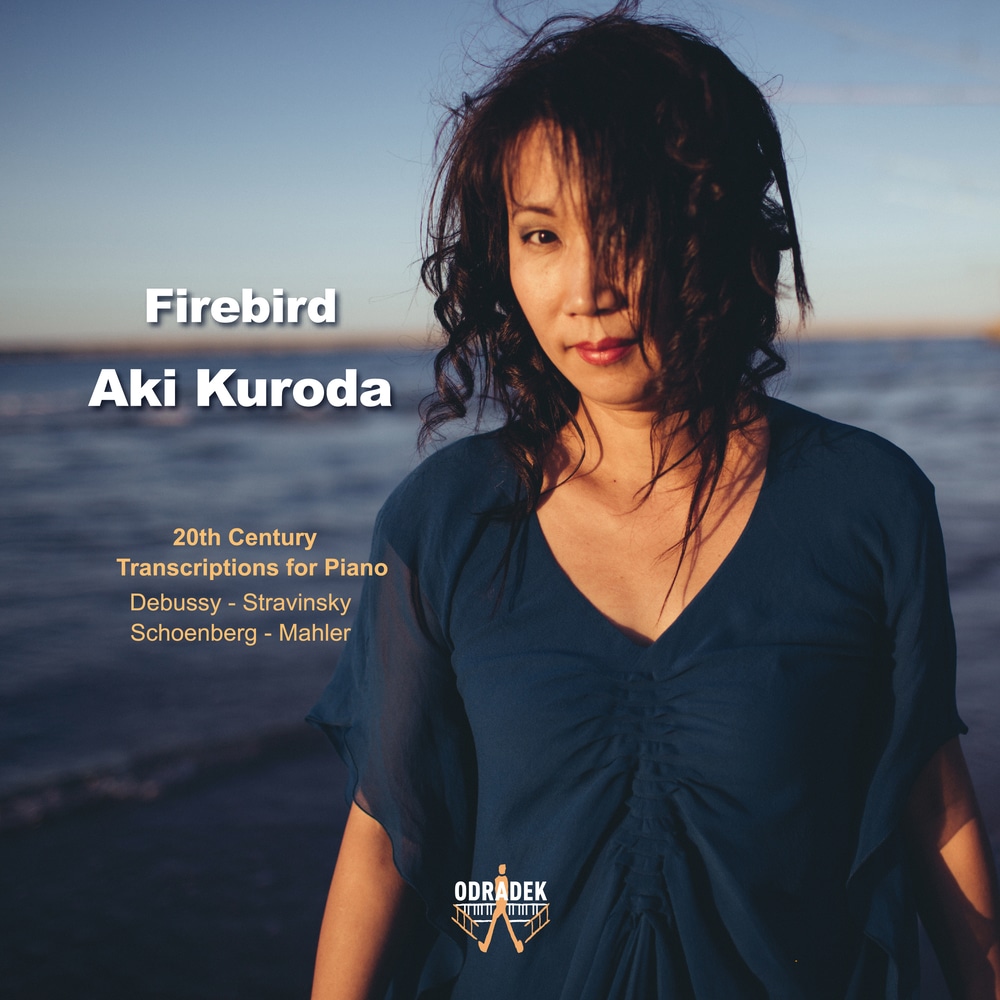 Available in 96 kHz / 24-bit AIFF, FLAC high resolution audio formats
Japanese pianist Aki Kuroda presents four orchestral works from two major centers of European culture, Paris and Vienna, at the dawn of the 20th century, written by four composers who perhaps more than any others were shaping the course of new music at the time. Here heard transcribed for piano solo, she reveals new perspectives on them, allowing us to encounter the music afresh, in its boldest, and perhaps most essential form. The disc opens with a work specially commissioned for the album, Yoichi Sugiyama’s transcription of Mahler’s Adagietto, from the 5th Symphony, richly enhanced in a vein similar to Busoni’s Super Carmen. Stravinsky’s Firebird follows, in Guido Agosti’s virtuosic arrangement, and then Leonard Borwick’s atmospheric resetting of Debussy’s Prélude à L’après-midi d’un faune. Steuermann’s incredibly difficult transcription of Schoenberg’s Kammer-symphonie, Op. 9 closes the disc, a work that extends tonality and human dexterity to its furthest limits, and one which spelled modernity to its contemporaries and particularly the disciples of the Second Viennese School, and in this transcription, clearly foreshadows Berg’s Sonata to come. An artist famous for Tango and Jazz, a frequent collaborator with Japanese traditional singers, and the performer of the Final Fantasy X. XIII videogame soundtracks, Aki Kuroda continues to expand her pianistic horizons to now include the novel tone pallets and expansive sound-space of modern orchestral writing, in the process, bringing us intriguingly into closer proximity to the composer, and to the act of composing itself.
96 kHz / 24-bit PCM – Odradek Records Studio Masters