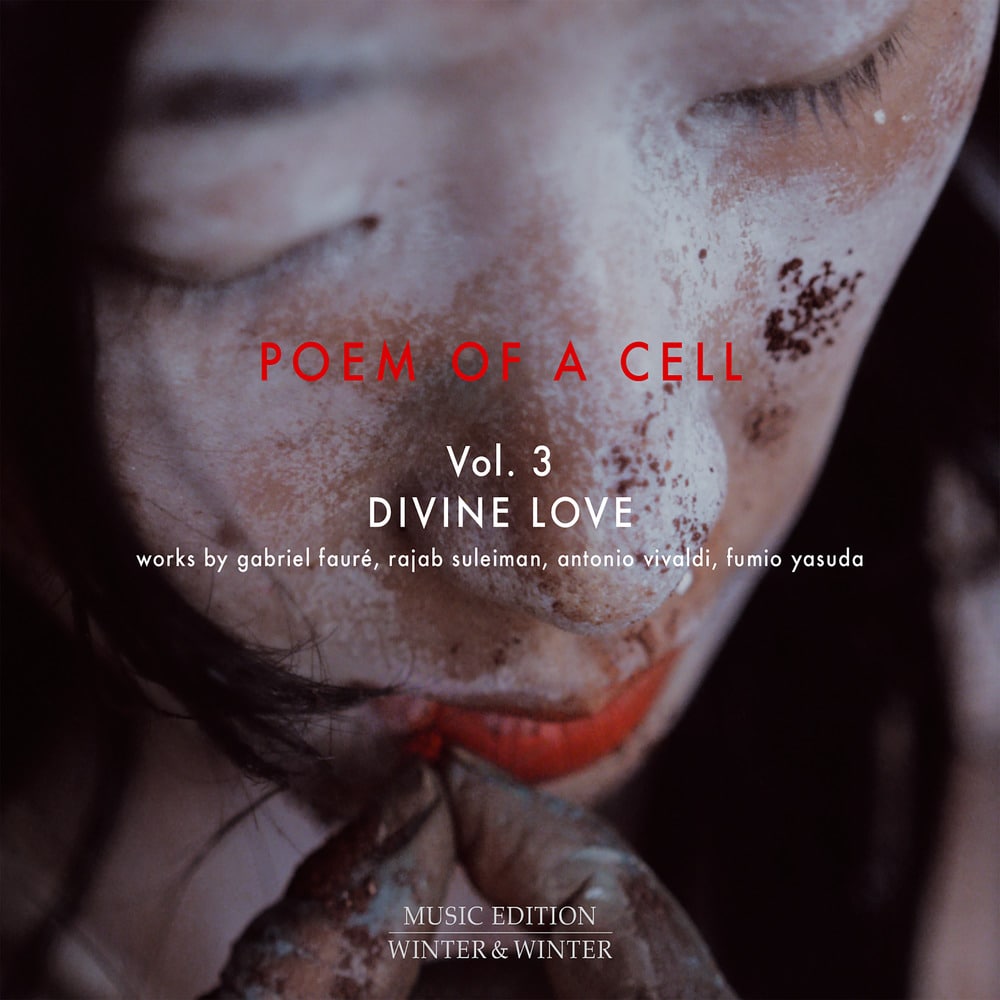 The album “Divine Love“ completes the trilogy “Poem of a Cell.” Vol. 1 interprets excerpts of “Song of Songs“ from the Hebrew Bible, Vol. 2 deals with the love poems of the Christian nun Mechthild of Magdeburg. Vol. 3 transforms theses after Rabi’a of Basra into sounds and music and presents as a matching counterpart arrangements of Gabriel Fauré’s “Requiem“ and Antonio Vivaldi’s “Cum Dederit.” Rabi’a of Basra lived around 714 and 801 and is known as a Muslim saint and Sufi mystic. She was the first one who expounded the doctrine of Divine Love: “All love aims at the essence of unity. The highest love aims at eternal unity. I am searching for my lover, not his splendor of gifts, not visions, miracles and power over the material world.“ The wonderful Zanzibarian singer Saada Nassor celebrates in a duet with qanun player Rajab Suleiman the magic and mysticism of Rabi’a of Basra. Fumio Yasuda’s “Elternal Love“ is the opening track of the album which unfolds a mysterious positive force. On the contrary ”Battle over Aleppo“ reflects the greatest of tragedies our times. “Poem of a Cell“ is about desire and spite, longing and disgust, violence and lenity, destruction and salvation, separation and unification, innocence and guilt, permission and suppression, woman and man.
96 kHz / 24-bit PCM – Winter and Winter Studio Masters