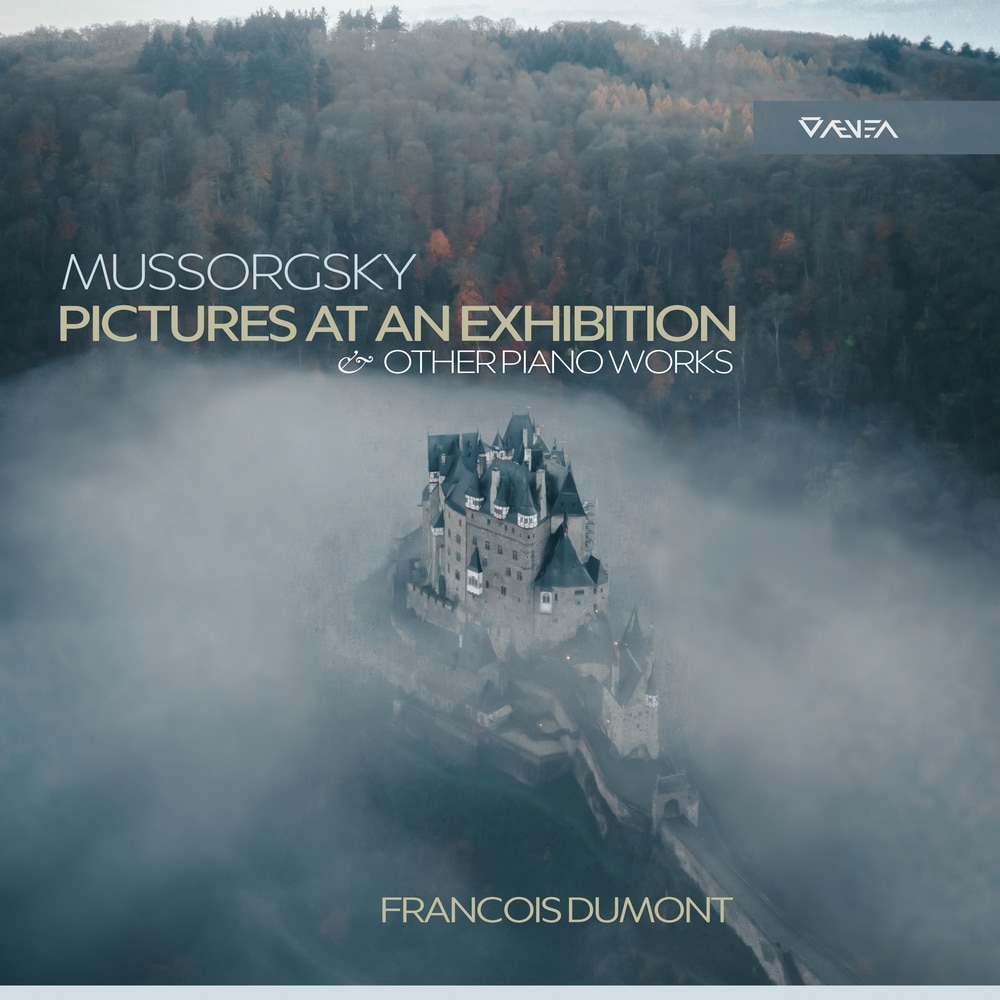 Mussorgsky: Pictures at an Exhibition & Other Piano Works

When the Russian designer and architect Viktor Hartmann died unexpectedly of an aneurysm in 1873, Mussorgsky fell into a state of profound depression. The two artists had grown close. A memorial exhibition was quickly planned, and over four hundred of Hartmann’s works were displayed. Some of the paintings and sketches exhibited were the source of inspiration for Mussorgsky as he set out to compose “Pictures at an Exhibition,” a suite of brief movements penned in June 1874 – three months after the exposition took place. Seemingly depicting the viewer wandering through the gallery, moving from one painting to the next, the piece has become one of the giants of the piano repertoire, and has been orchestrated by a number of composers, including the splendid version by Maurice Ravel. “Pictures at an Exhibition” is one of François Dumont’s warhorses.

In the present album, alongside the celebrated suite, the French pianist offers a selection of rarely heard piano works by Mussorgsky. They hail from two very different periods – his early years, and the very last year of the composer’s life. They offer a glimpse into Mussorgsky’s pianistic skills, and are heavily influenced by Russian folklore and traditions. François Dumont’s career was launched by his success in major international piano competitions, including one of the top prizes in the 2010 Chopin Competition in Warsaw. He has performed in some of the major concert halls around the world.
88.2 kHz / 24-bit PCM – Aevea Classics Studio Masters