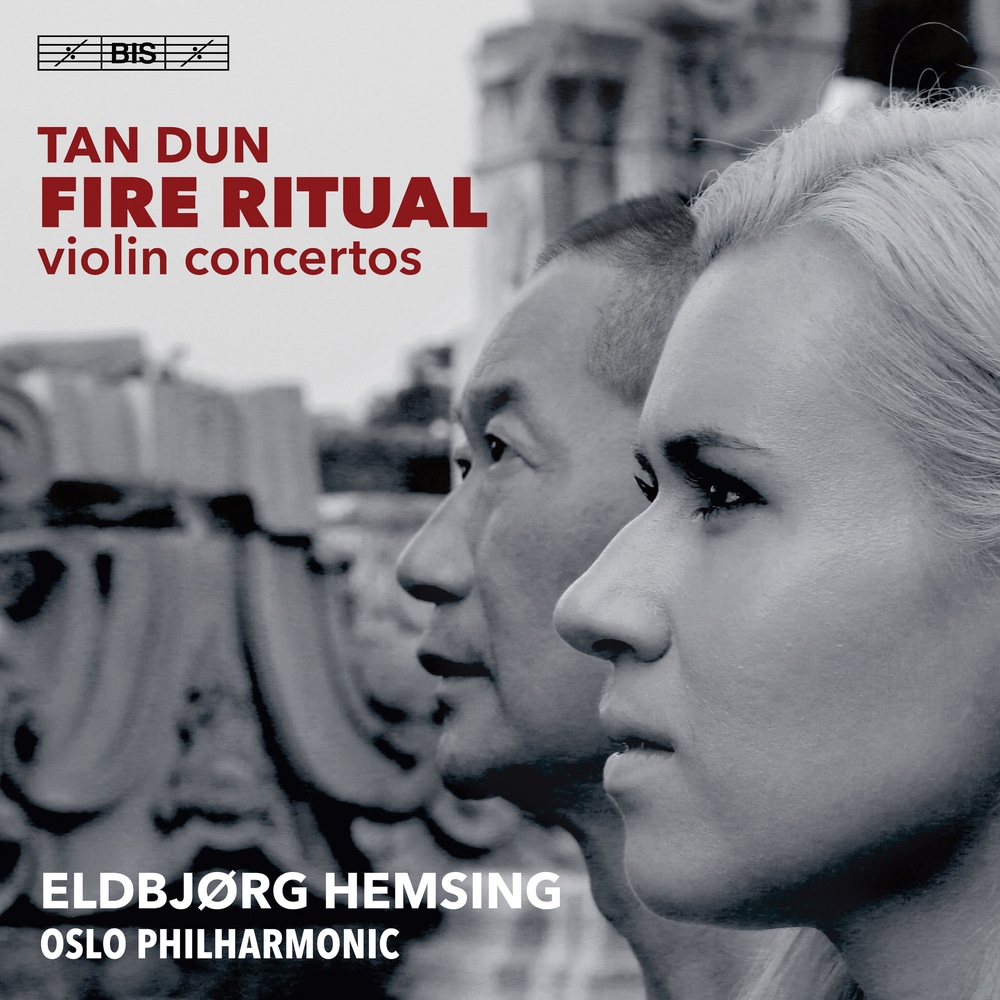 The first encounter between Chinese composer Tan Dun and Norwegian violinist Eldbjørg Hemsing took place in 2010 during the Shanghai World Expo, when Hemsing premièred Tan’s Love Concerto. Both have strong roots in the traditional music of their native countries, and out of this meeting between traditions a fruitful collaboration has developed which also involves an investigation of the music that happens here and now. In Hemsing's words, the encounter ‘opened up my musical horizons’ and she has since performed a number of the composer's works involving the violin.

Fire Ritual, the concerto that lends its name to the present album, was composed with Hemsing in mind. It exists in a version for violin and Chinese traditional orchestra, as well as the one recorded here, which Hemsing and the Oslo Philharmonic premièred in September 2018, conducted by the composer. For Eldbjørg Hemsing, Tan Dun has also created the concerto that opens the disc, Rhapsody and Fantasia, based on earlier works.

Both works reflect the composer’s memories of growing up barefoot in the countryside, and his later experiences of bringing together the shamanistic and spiritual world of his childhood with the discipline and philosophy of Peking Opera. Or in the composers own words: "a reflection of those early memories of my youth, but through the lens of my current musical soundscape."
96 kHz / 24-bit PCM – BIS Records Studio Masters