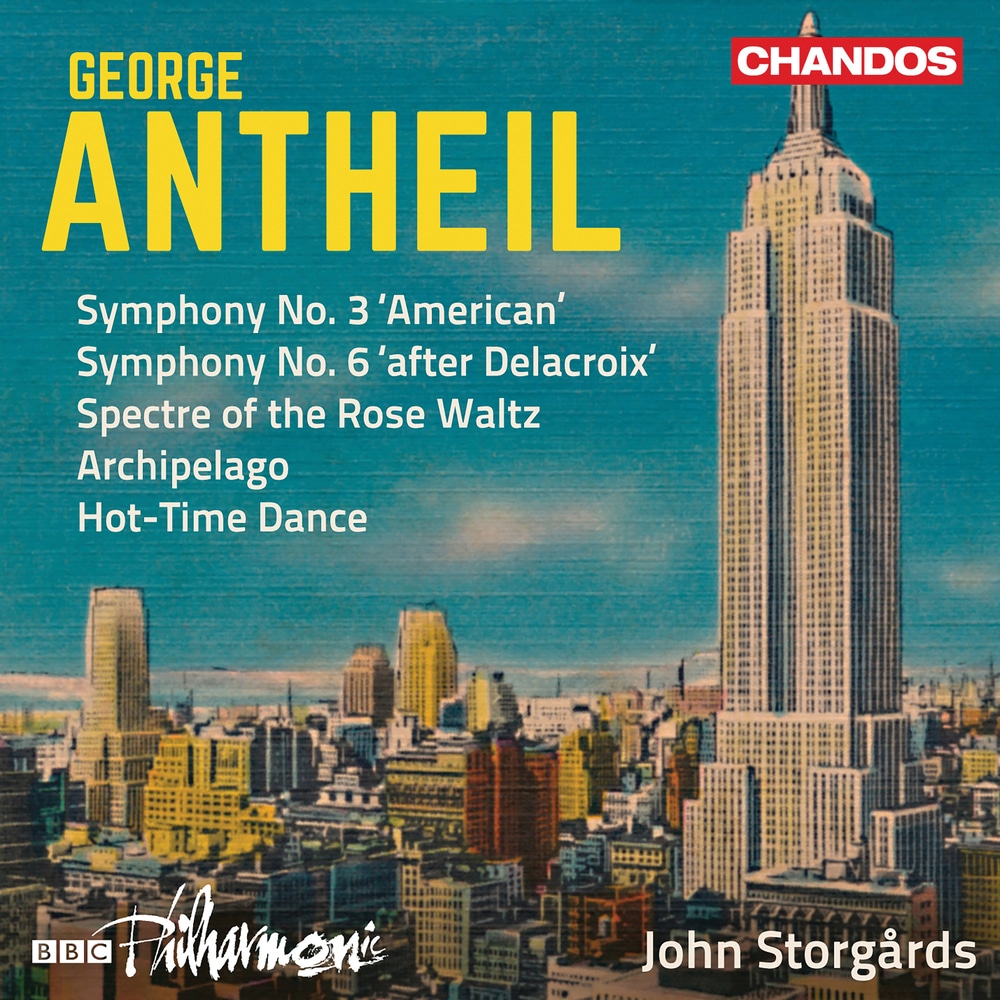 Antheil: Symphonies Nos. 3 & 6 and Other Works

Available in 96 kHz / 24-bit AIFF, FLAC high resolution audio formats
The symphonic output of George Antheil, the self-proclaimed ‘bad boy of music’, is further investigated by the BBC Philharmonic and its Chief Guest Conductor, John Storgårds, in the second album of the series. Following his early experimentations with modernist ideas as an enfant terrible in 1920s Paris, the stylistic trajectory of his symphonies over the next decades mirrors his self-confessed desire to learn more orthodox compositional techniques. This album explores two more of his symphonies: Symphony No. 3 (compl. 1946), only one movement of which was performed during Antheil’s lifetime, and Symphony No. 6 (compl. 1950), in which the influences of Shostakovich and Ives make themselves heard. Completing this exciting album from the BBC Philharmonic and Storgårds are two lively symphonic pieces, Archipelago (1935) and Hot-Time Dance (1948), and a re-orchestration into a concert waltz of music from the strikingly eclectic score to Specter of the Rose (1946). This film tells the gripping story of a male ballet dancer suspected of having murdered his first wife and of being on the verge of dispatching his second in the same manner.
96 kHz / 24-bit PCM – Chandos Studio Masters