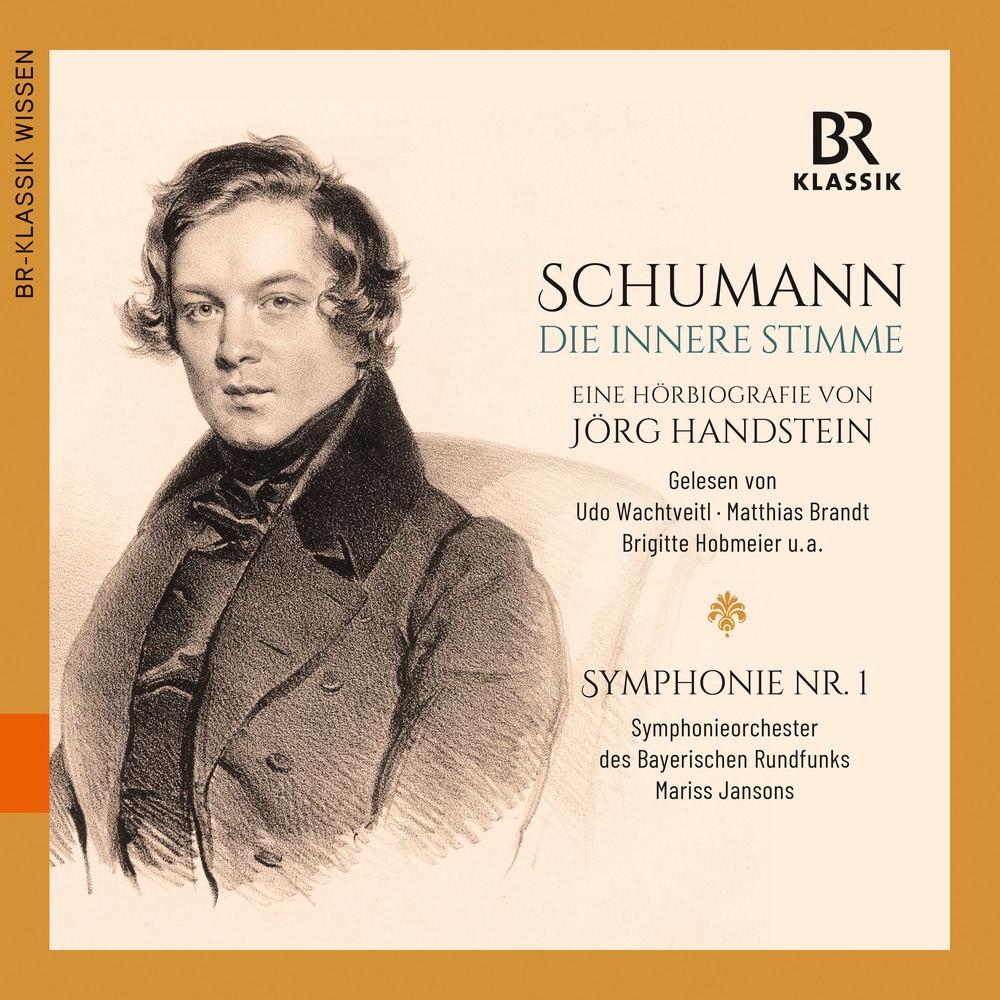 There are many biographies of Robert Schumann, but none that gives a real voice to his music. This new release in the successful series of BR-KLASSIK audio biographies carefully interweaves into his life story, and give voice to his inner world. The mysterious inner voice that Schumann noted down in the score of his Humoreske op. 20 thus becomes the motto of this audio biography. "Unknown songs I had never heard flowed through my heart - songs that sounded to me like ghostly voices." It was this passage from ETA Hoffmann's Kreisleriana that inspired Schumann to write his own Kreisleriana op 16. In February 1854, the composer himself heard such voices – and this marked the start of a journey that would culminate in the mental asylum. Schumann's "inner voice" thus represents not only his romantic sensitivity but also his fragile and volatile psyche. Nothing is exaggerated, however; it is all based on the original sources, which are dramatic and touching enough in themselves.

Outstanding actors including Udo Wachtveitl (narrator), Matthias Brandt (Schumann) and Brigitte Hobmeier (Clara) contribute, alongside further narrators, to all the fascinating sounds and colours of this audio biography. Performers such as John Eliot Gardiner, Eric Le Sage and Christian Gerhaher guarantee the highest quality in the musical excerpts, which also feature several rarities. The audio biography is rounded off by a new live recording of the Spring Symphony with the Symphonieorchester des Bayerischen Rundfunks, conducted by Mariss Jansons.
48 kHz / 24-bit PCM – BR-Klassik Studio Masters