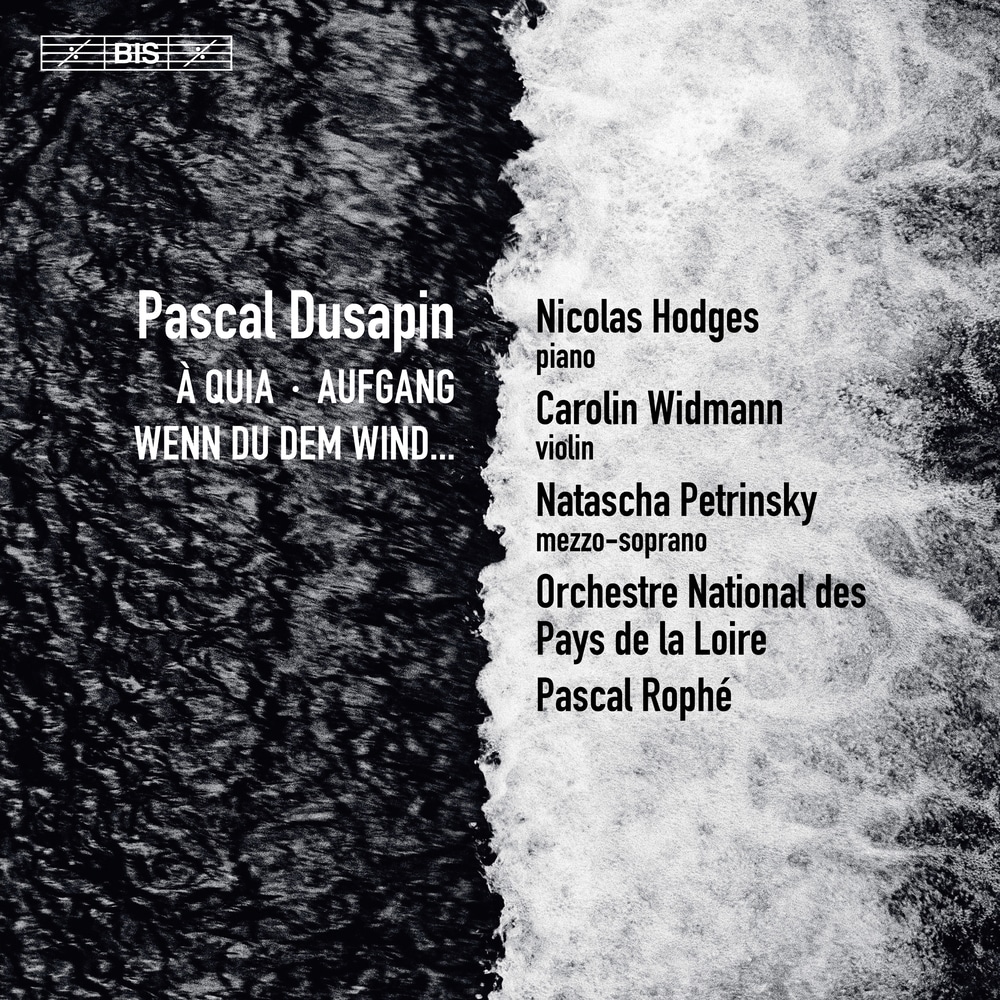 Available in 96 kHz / 24-bit AIFF, FLAC high resolution audio formats
Pascal Dusapin has composed a number of works for the stage, one of the more recent being the opera Penthesilea, after Kleist’s play. From the opera he has also fashioned Wenn Du dem Wind…, the suite which opens this album. Although beginning and ending with a single line from a solo harp, throughout its course takes the listener through the extremes of love, war and the demands of inflexible laws. Dusapin’s catalogue of works also includes several concertos, including Aufgang and À quia for violin and piano respectively. Soloists on this recording are Natascha Petrinsky, who sang the role of Penthesilea at the première production of the opera, and Carolin Widmann and Nicolas Hodges, both highly respected interpreters in the field of contemporary music. They are supported by l’Orchestre National des Pays de la Loire and Pascal Rophé, a team well acquainted with the composer and his music: Dusapin and Rophé have collaborated since the early 1990’s and during 2014 – 16 he was the orchestra’s composer-in-residence.
96 kHz / 24-bit PCM – BIS Records Studio Masters