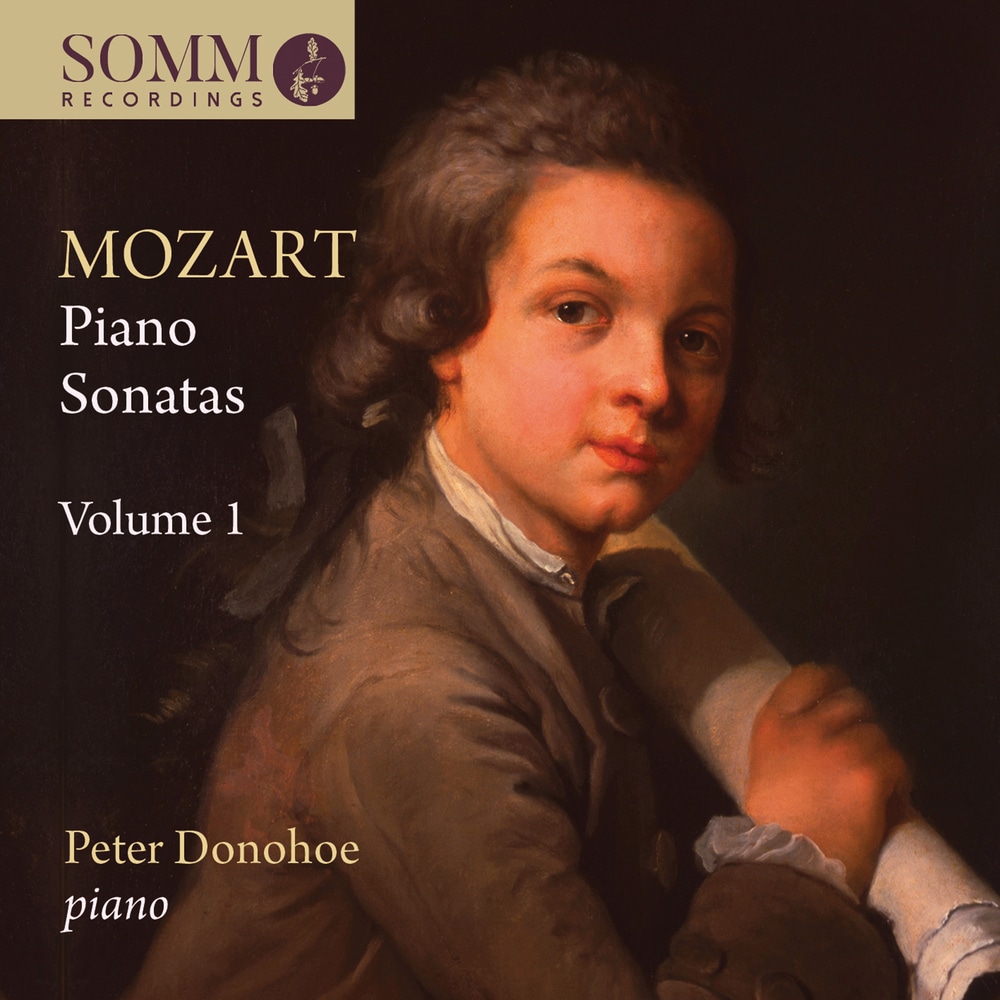 Available in 88.2 kHz / 24-bit AIFF, FLAC high resolution audio formats
SOMM Recordings announces the launch of a major new series surveying Mozart’s complete Piano Sonatas featuring the acclaimed “lion of the keyboard” Peter Donohoe in his highly-anticipated first-ever recordings of the composer’s solo piano works. The landmark six-volume series launches with two early Sonatas – Nos.2 (K280) and 6 (K284) – and a later masterpiece – No.17 (K570), the first composed when Mozart was 18 in 1774, the last, described by Alfred Einstein as “the ideal” of the composer’s sonatas, in 1789 at the age of 33. Mozart’s 19 Piano Sonatas, as music critic Christopher Morley comments in his booklet notes, “cover so much of his short life... and a huge range of styles and genres, from quasi-concertos without orchestra to simple study pieces... There are generic dance-movements, there are movements of exquisite contemplation, there are explorations of searching counterpoint, there are the most exquisite melodies, and there is the perfume of opera”. The sonatas in this first volume include the early, harpsichord-accented Second in F major (K280), the dignified ceremonial of the Du¨rnitz Sonata, No.6 in D major (K284) and the Sonata No.17 in B-flat major (K570), a work whose surface brilliance disguises its inner complexity. The impressive and sombre Fantasia No.3 in D minor (K397) completes the release. Described by BBC Radio 3 as “one of our greatest home-grown performers”, Peter Donohoe’s previous recordings for SOMM have attracted substantial critical approval and include the complete sonatas of Scriabin and Prokofiev along with works by Stravinsky. His recent partnering with Valerie Tryon and Mishka Rushdie Momen in Mozart’s solo, duo and trio Mozart concertos prompted Gramophone to remark “it’s good to be reminded just how much fun Mozart’s works involving multiple pianos are”.
88.2 kHz / 24-bit PCM – SOMM Recordings Studio Masters