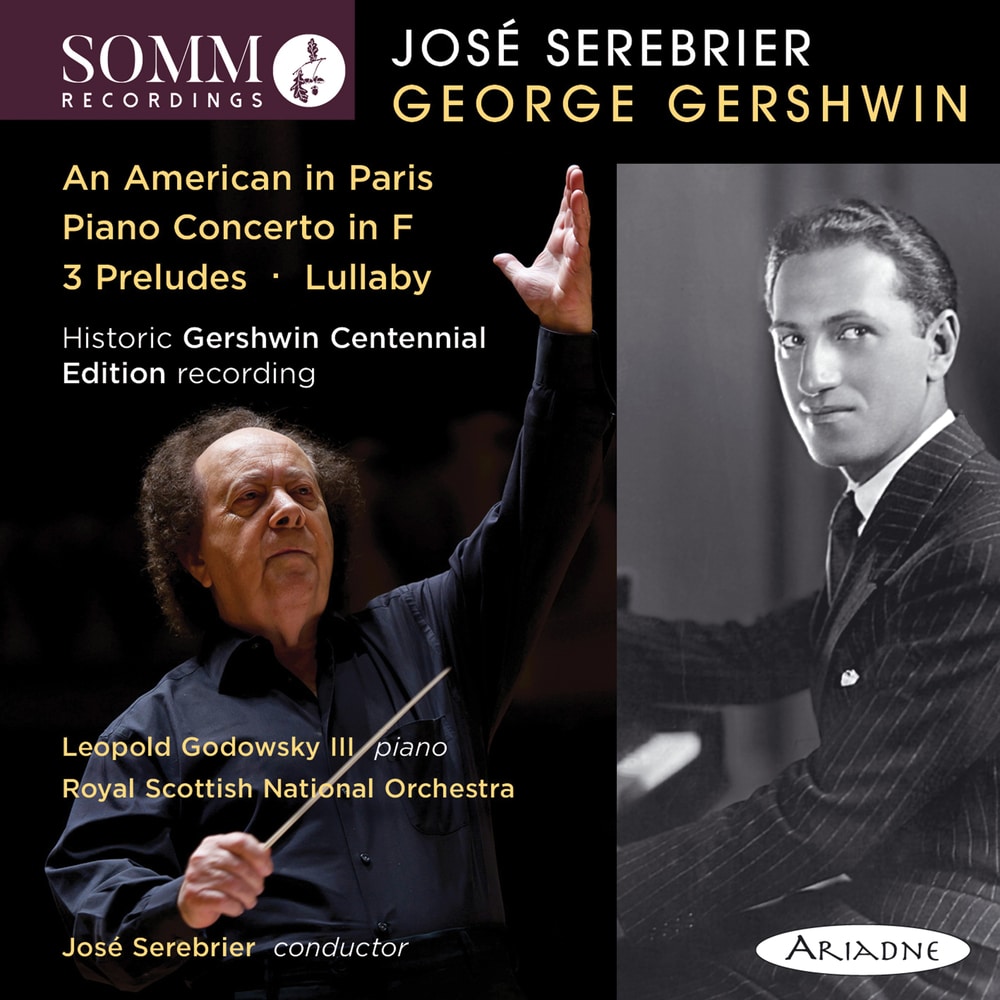 Somm Recordings closes the 120th anniversary year of George Gershwin’s birth with the re-issue of the historic 1998 Centennial Edition recording initiated by the composer’s sister, Frances Gershwin, together with first appearances of two orchestrations commissioned from José Serebrier. Originally released on Dinemec Classics, the Gershwin Centennial Edition features the composer’s nephew and Frances’ son, pianist Leopold Godowsky III, and the Royal Scottish National Orchestra conducted by José Serebrier. The recording followed a concert in London organized by the composer’s formidable sister, Frances – 96 at the time – who invited Serebrier to conduct An American in Paris, the Concerto in F, and, in specially commissioned orchestrations by Serebrier, the Three Preludes and Lullaby. The programme shows Gershwin at his inimitable, era-defining best. Composed as an extended ballet sequence for the 1951 MGM musical starring Gene Kelly, An American in Paris is a buoyant, Technicolor-bright tribute to the French capital shot through with jazz-accented vitality. The Concerto in F is a bold, brassy, brilliantly orchestrated work with a grandstanding piano line bridging the worlds of classical music and jazz. Its animated opening movement is followed by a Blues-tinged Adagio and a finale boasting a helter-skelter orgy of rhythm and athletic pianism. Initially reluctant to orchestrate Lullaby, Serebrier says: “Now I am glad Leopold persuaded me. I have tried to keep the scoring as simple and pure as possible, so that the orchestral version of this poignantly lovely piece might take on a life of its own in a voice that is still recognizably Gershwin’s”. The never before re-issued is a brilliant reminder of one of the most remarkable talents of the 20th century in performances by one of his greatest interpreters.
44.1 kHz / 24-bit PCM – SOMM Recordings Studio Masters