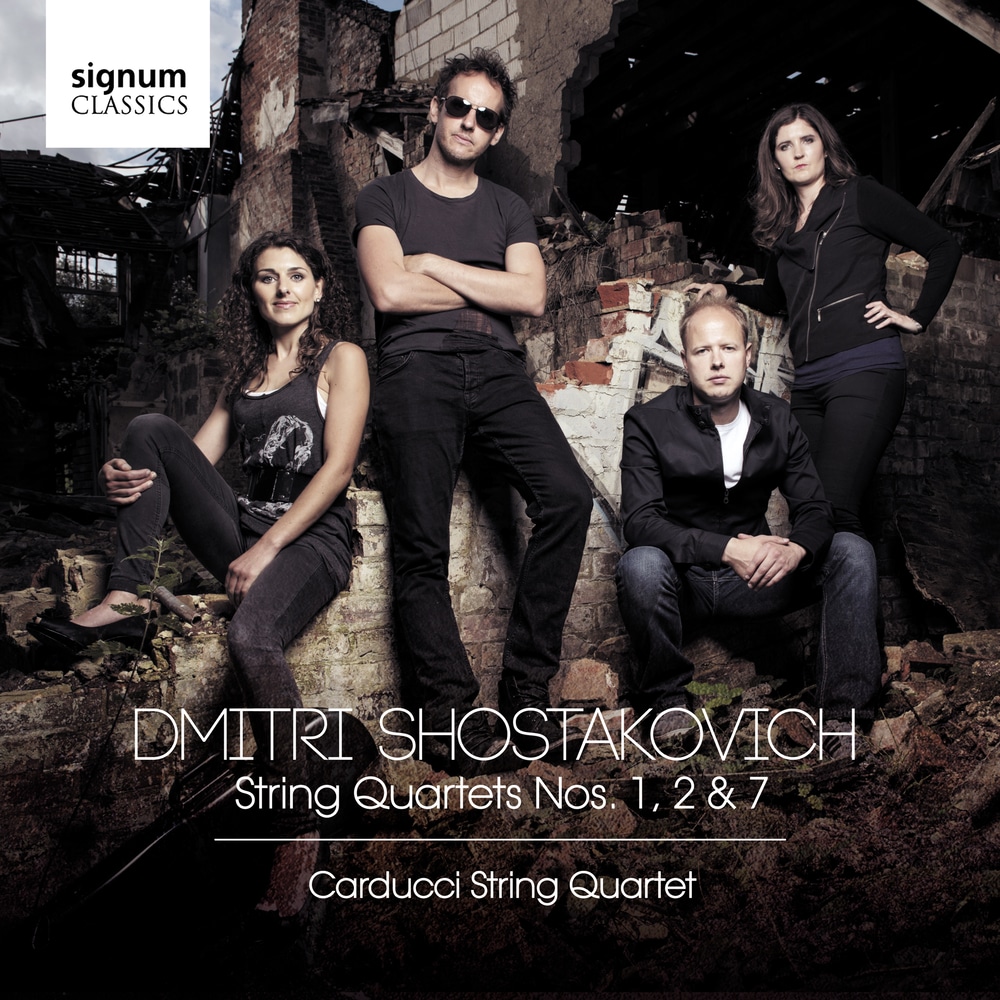 Available in 96 kHz / 24-bit AIFF, FLAC high resolution audio formats
This album marks the second release of the Carducci’s Shostakovich 15 project, which includes performances of the complete cycles of the Shostakovich Quartets in cities including Washington DC, London, Oxford, Cardiff, Bogota and concerts throughout the UK to mark the 40th anniversary of the composer’s death. Described by The Strad as presenting “a masterclass in unanimity of musical purpose, in which severity could melt seamlessly into charm, and drama into geniality”, the Carducci Quartet is recognised as one of today’s most successful string quartets. This album contrasts Shostakovich’s first two string quartets with the seventh – composed in memory of his late wife Nina. In composing his quartets prior to No. 7, Shostakovich had scrupulously followed a predetermined sequence of keys: according to this, the work should have been in E flat major. However Shostakovich, significantly, chose to break this pattern by writing his new quartet in F sharp minor, the key associated with such anguished music as Peter’s remorse in Bach’s St John Passion, and – particularly close to Shostakovich’s heart – Mahler’s unfinished Tenth Symphony.
96 kHz / 24-bit PCM – Signum Records Studio Masters