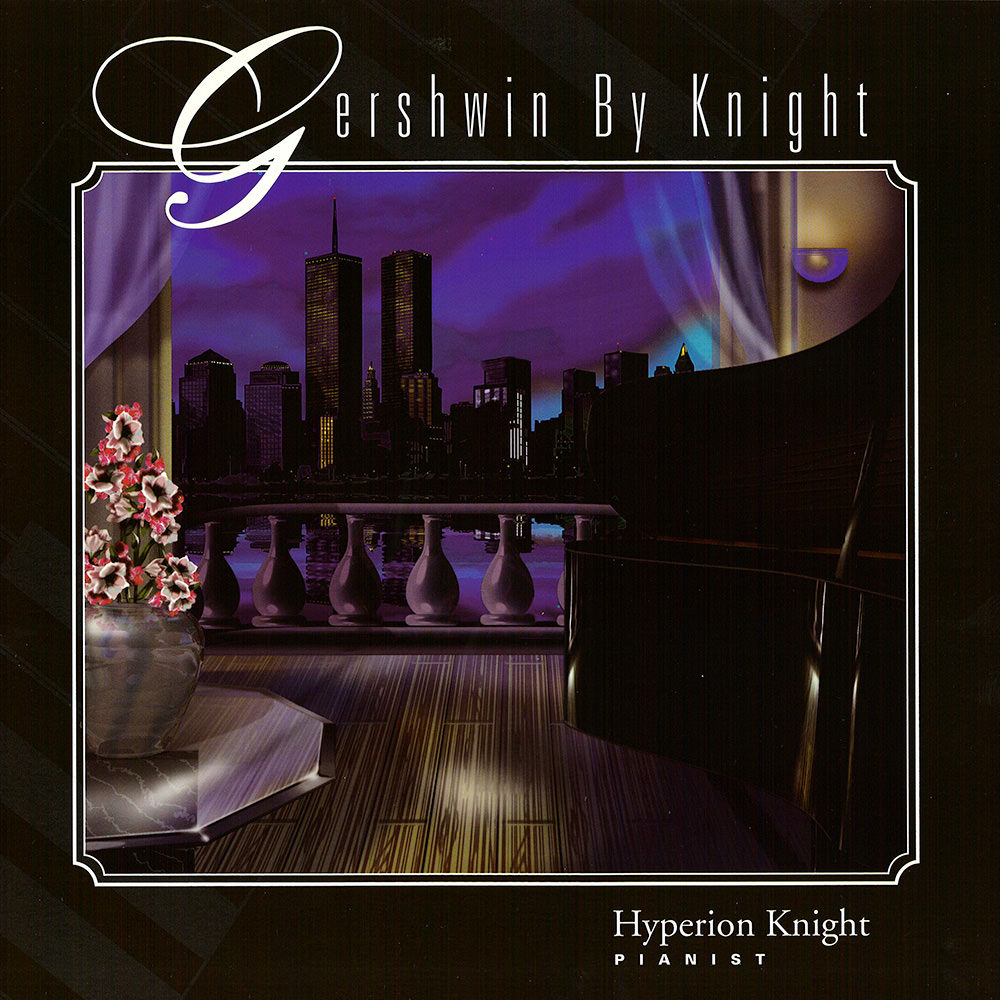 Available in 176.4 kHz / 24-bit, 88.2 kHz / 24-bit AIFF, FLAC and 2.8224 MHz DSD high resolution audio formats
"Not since Heifetz has anyone played Gershwin solos with this much panache ... the songs glitter like jewels against black satin." - American Record Guide "... Knight plays with marvellous verve and spectacular confidence. Notes are never fumbled or blurred, yet the performance has swing and drive ... could almost serve as a primer for the qualities of rhythmic and dynamic grace ... Knight's control of the dynamic line is as compelling as his command of the melodic one." - Stereophile Gershwin by Knight is a collection of Gershwin song transcriptions along with the solo arrangement of Rhapsody in Blue performed by Hyperion Knight, who has made a specialty of virtuoso piano transcriptions in the tradition of Liszt and Horowitz. The music brought together on this album represents many of the most popular Gershwin creations, tracing his evolution from a commercially successful songwriter to a composer of serious intent who was quite conscious of his posterity.
176.4 kHz / 24-bit, 88.2 kHz / 24-bit PCM and 2.8224 MHz DSD – Wilson Audiophile Recordings Studio Masters

This album is a high-resolution digital transfer of material originating from an analogue master source. Due to the nature of analogue tape recording, it may contain artifacts or audio which uses a limited amount of the available dynamic range / frequency bandwidth of high-resolution digital audio. As such, it is offered as a high-resolution documentation of a historical release. Produced by: Wilson Audiophile Recordings, LLC Original recording engineer: David A. Wilson Project manager: Daryl C. Wilson Analogue to high definition digital transfer: Bruce Brown, Puget Sound Studios Transfer editing: Bruce Brown, Puget Sound Studios Sonic evaluation: David A. Wilson, Sheryl Lee Wilson, Daryl C. Wilson Speakers: Wilson Audio Alexandria XLF, two Thor’s Hammers Electronics: Apple Mac Mini, Amarra & Audirvana Plus, Weiss INT202, Audio Research DAC8, VTL 7.5 MK3 preamp, VTL Siegfried MK2 amplifiers, 2 Wilson Audio W.A.T.C.H. controllers Cables: Audioquest Firewire, Transparent Opus Technical Notes: Each Master Tape was inspected, cleaned and treated with Last #9 and #10 preservatives. All of the Master Tapes were baked to reformulate the binding. This was done in an incubator at 135 degrees and then they were left to cool back down to room temperature. All splices were inspected and repaired, if necessary. Each transfer was executed on the UltraMaster, a one-of-a-kind Studer A80 designed and built by John Curl with custom electronics. Each Master Tape was stored by Wilson Audiophile “tails-out” in which Puget Sound Studios did a library wind to the take-up reel. All levels were set according to included EQ sheets and each 1 kHz tone was further set at precisely 1 kHz, via a custom varispeed adjustment. This provided the exact speed the Master Tapes were recorded at. A total of five different analogue-to-digital converters were used to provide samples for the Wilsons to evaluate. Ultimately an EMM Labs ADC-8 Mk IV, custom modified by Andreas Koch, was chosen by Dave and Daryl Wilson for the transfers from the UltraMaster using the original Master Tapes into a Sonoma DSD workstation for capture and editing. Monitoring from the Sonoma DSD workstation was routed though a modified Playback Designs MPS-5 via USB-X with Light Harmonic USB cable. All DSD files were transferred into a Merging Technologies Pyramix DSD/DXD Masscore workstation for sample rate conversion, format conversion and metadata tagging. The Pyramix Hepta filter was used for conversion to PCM. Files were then listened to for quality assurance.