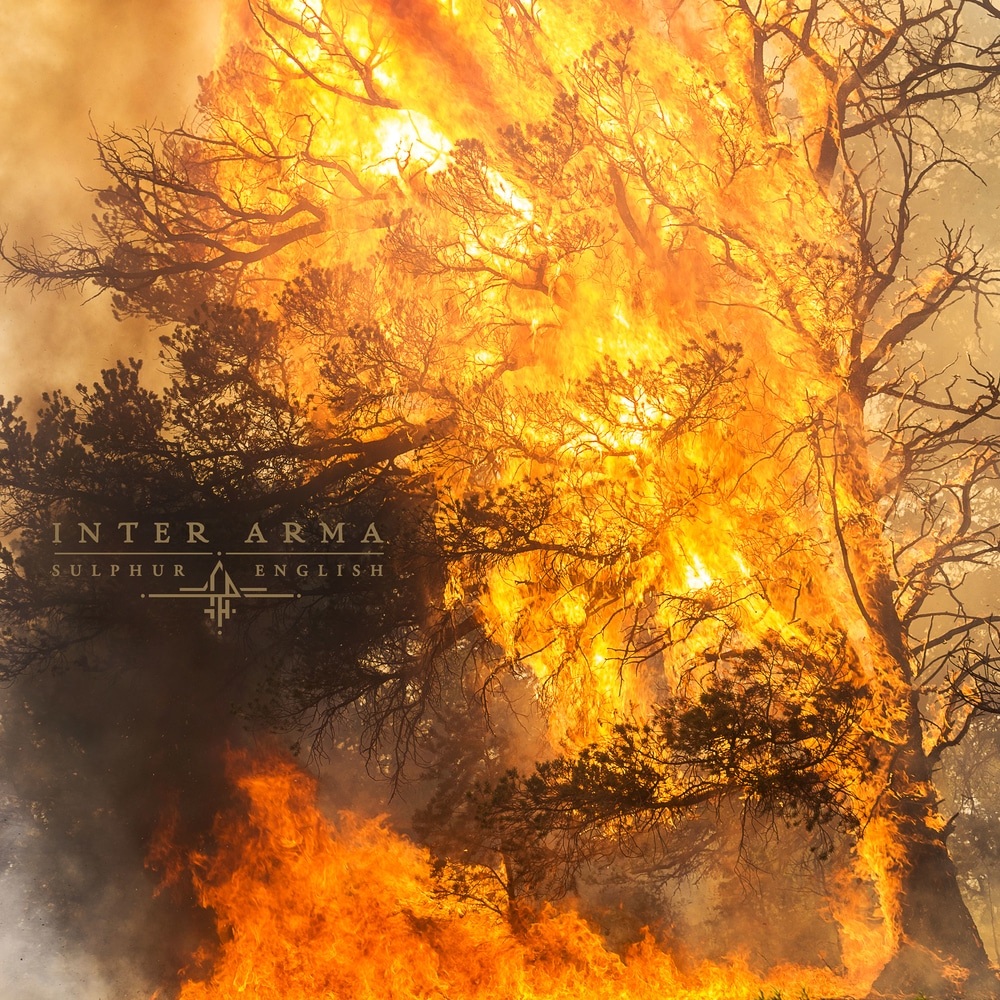 “‘Middle finger’ might be the best way to describe some of it.”

That’s Inter Arma vocalist Mike Paparo talking about the band’s new album, Sulphur English.
“It’s definitely a fuck-you to people,” he adds. “I wish it was more eloquent than that, but it’s not.”

After 13 years and three full-lengths, these Richmond, VA-based extremity artists are throwing down the proverbial gauntlet with their fourth. Though the band has never really fit into any of underground metal’s ever-splintering subgenres, they’ve often been lumped into the “sludge” or “doom” factions—largely by folks who haven’t been paying attention. “We do share qualities with those types of bands, but we’re not that,” Paparo points out. “We’ll get to a lot of cities and the promoter will be like, ‘Oh, here’s our local talent, Doomfuck. They’re playing with you guys tonight.’ But we all hate that.’”

In some ways, Paparo views Sulphur English as a reaction to its critically acclaimed predecessor, Paradise Gallows. “I felt like Paradise Gallows was a very colorful record,” he says. “This record is not. It’s fucked and it’s dark and it doesn’t let up. We love Paradise Gallows and everything about it, but that’s the last record that will be like that. We’re not gonna write ‘Primordial Wound’ part two. Obviously, certain songs are gonna have certain characteristics of what we do, but we don’t wanna get stuck in a formula. We’re not gonna write variations of the same riff over and over again and slap a sticker on it.”

Despite all the new territory being covered both musically and lyrically, Sulphur English isn’t an experiment. It’s not Inter Arma testing the waters. It’s a necessary step in the evolution of a band whose music remains unclassifiable. “The record is not us trying something,” Paparo says. “This is us doing it. We’re all fans of abrasive, fucked up shit. It’s not like we’re trying to reinvent ourselves. It’s more like it’s coming to a head now.”
48 kHz / 24-bit PCM – Relapse Records Studio Masters