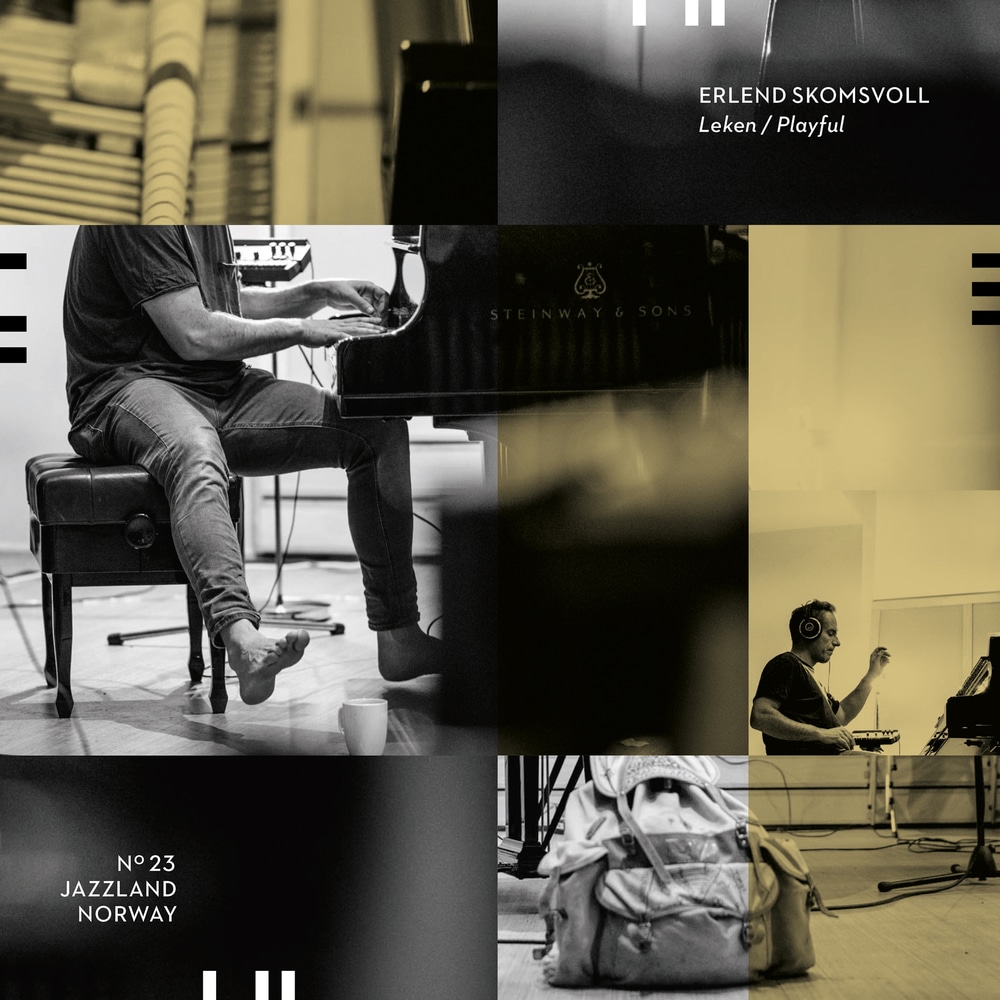 Available in 96 kHz / 24-bit AIFF, FLAC high resolution audio formats
The musician alone, unaccompanied. This is a project that is utterly different to his previous outings Variasjoner (Grappa, 2006) or 52:29 (Grappa, 2008) which featured electronics and additional musicians in the latter, and what was effectively a postmodern chamber orchestra in the former. Eschewing the support of either electronics or other musicians, Skomsvoll is alone at his piano, investigating musicality as a medium of expression, not an intellectual exercise. By the very nature of this arrangement this album becomes something more personal, but this feeling comes more so from Skomsvoll's playing. The album title is something of a pun, suggesting the act of playing (the piano in this case), the light-hearted and childlike playtime, and the joy of experimentation. Featuring the classic piano sound recording of the legendary Jan Erik Kongshaug in Rainbow Studios, Oslo, the full range and resonance of the piano is beautifully captured. The album has a fragmentary, epigraphical approach, and is filled with improvisational and compositional miniatures alongside a few extended meditations. Elements of minimalism appear in some tracks, while others scurry through cascades of notes like tinkling bells. The music is at once mercurial, ably moving from the skittish to the deliberate, the contemplative to the emotive, and from the agitated to the serene. Throughout runs the theme of a river, with all its moods, sounds and inhabitants referenced, mimicked, described or commented upon. It has the feel of poetry, with different metres and verse forms, some sonnets, some haiku, some free verse. All the tracks are composed by Skomsvoll, with the exception of " Skal Ikke Glemme = Won't Forget" by Bill Evans and "Alle De Tinga = All Those Things" by Jerome Kern, both given treatments that render them both strange and familiar, but without losing their innate musicality.
96 kHz / 24-bit PCM – Jazzland Recordings Studio Masters