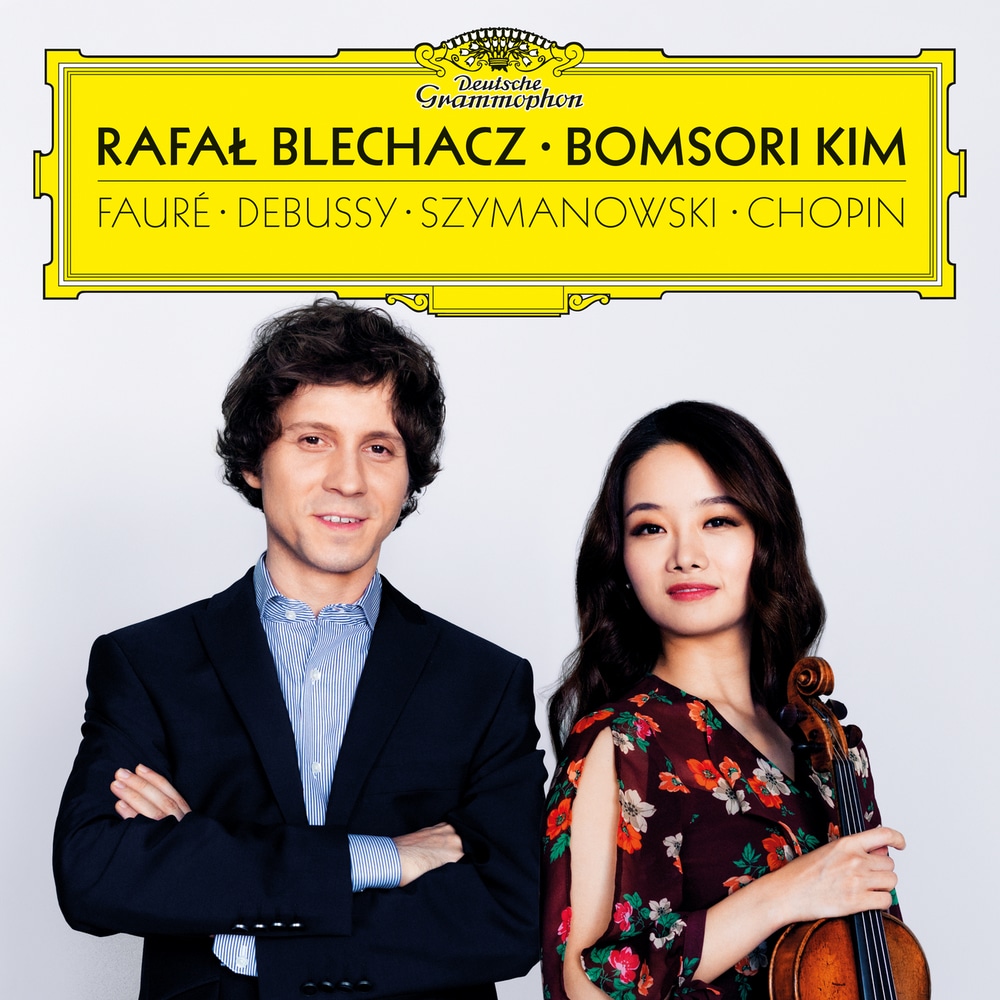 It began as a one-sided encounter – Rafał Blechacz was watching television and spotted Bomsori Kim as she was taking part in the 2016 International Henryk Wieniawski Violin Competition, one of the most important such contests for exceptional young violinists. His opinion that she was one of the most talented of the participants was echoed by the jury, who awarded her second prize. By coincidence, Blechacz was looking for a chamber music partner at the time for a new project he was working on. “I sent her an email,” he recalls, “and luckily for me, she accepted my musical invitation.”

For her part, Kim was astonished to receive Blechacz’s message – after all, his sensational victory at the 2005 International Chopin Competition had seen him join the ranks of the world’s leading pianists. A great admirer of his musicianship, Kim had been particularly impressed by his DG album pairing works by Debussy and Szymanowski.

The duo decided to explore the music of those two composers further on their first album together, and to add works by Fauré and Chopin to the mix. Blechacz brings a captivating structural clarity and wealth of tone colour to their chosen repertoire, while Kim reveals an unerring instinct for the poetry and rhapsodic nature of these works.

The album opens with Fauré’s First Violin Sonata, one of Kim’s favourite examples of the genre. “It’s always been my dream to perform it with an outstanding pianist such as Rafał,” she says. In this richly varied work, the violin is called on one minute to “sing” a lyrical barcarolle, the next to play with gossamer lightness, while according to one of Fauré’s contemporaries, the finale calls to mind “a gypsy improvisation with its almost barbaric power”. The sonata, written in 1877, is clearly influenced by both Schumann and Berlioz, but also looks ahead to the shimmering, impressionistic soundworld of Debussy, whose own Violin Sonata, in G minor, is the second piece on the album. Despite its relative brevity, this is a multi-layered composition, notable for its wide-ranging moods, with reminiscences of Brahms as well as echoes of Spanish and Hungarian music. This was the last work Debussy completed, and he made his last public performance at the keyboard giving its premiere in May 1917.

Rafał Blechacz has long been closely associated with the music of his compatriot Karol Szymanowski: his Deutsche Grammophon recording of the Piano Sonata, op.8 received widespread critical acclaim. He has also given many performances of the Violin Sonata, which Szymanowski wrote in 1904 when he was only in his early twenties. The sonata anticipates the audacious melodic writing of his later works – as Blechacz points out, “it’s full of character and displays a wealth of different emotions”. The album closes with a work originally written for piano solo: Chopin’s melancholic Nocturne No.20 in C sharp minor, which the pair perform in legendary violinist Nathan Milstein’s transcription for violin and piano. The recording marks the fulfilment of another dream for Bomsori Kim, who had always wanted to play Chopin’s music on the violin.
96 kHz / 24-bit PCM – Deutsche Grammophon (DG) Studio Masters