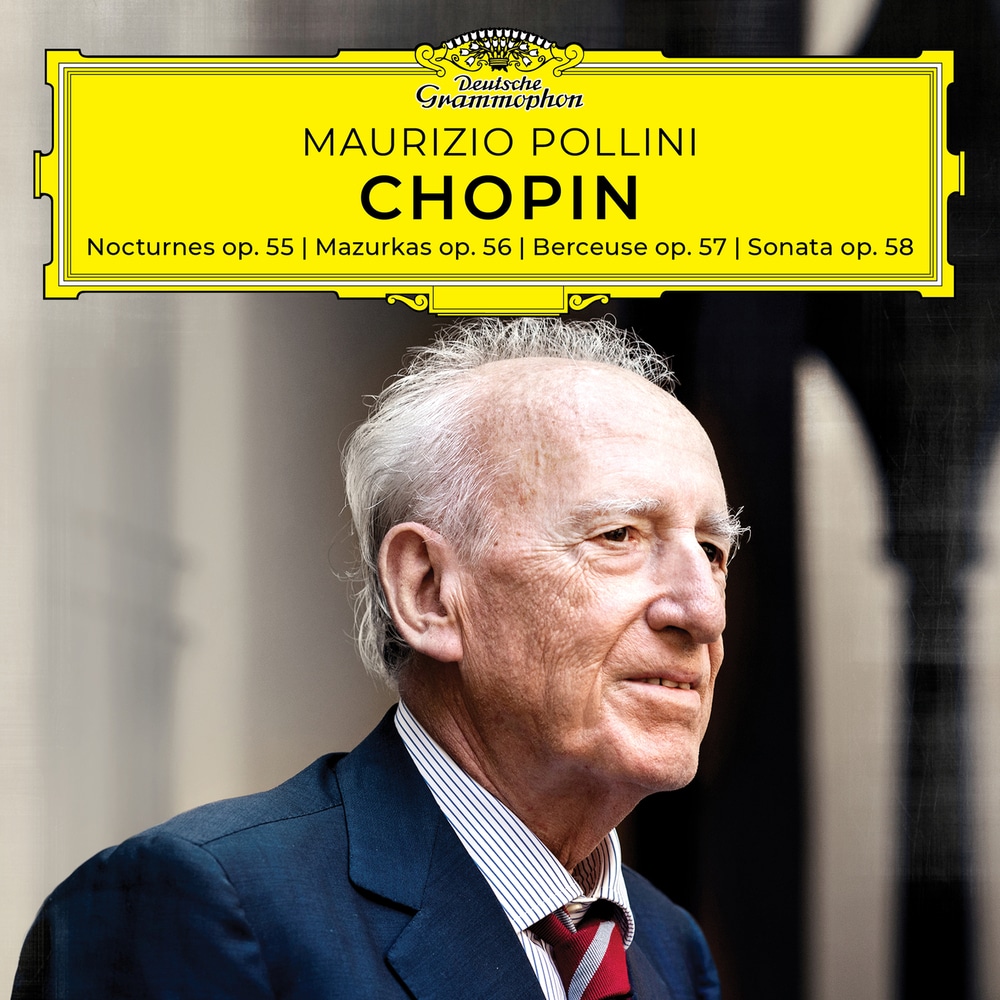 Available in 96 kHz / 24-bit AIFF, FLAC high resolution audio formats
Maurizio Pollini – Chopin comprises four works written between 1843 and 1844, including the haunting Berceuse in D flat major Op.57 and the four-movement Piano Sonata in B minor Op.58, a proud Polish musician’s spectacular creative response to the dominant legacy of German keyboard sonatas. The programme opens with Chopin’s two Nocturnes Op.55 and three Mazurkas Op.56, before moving to the composer’s Opp.57 and 58 scores, with each piece presented in the order of its publication. Pollini here trains the spotlight on the infinite breadth of Chopin’s melodic invention. As the pianist points out, Chopin always favoured variety over uniformity when constructing his own concert programmes. Pollini’s choice of compositions from a narrow window in time allowed him to revisit works already in his Deutsche Grammophon catalogue and to add the Op.56 Mazurkas to his Yellow Label discography. Maurizio Pollini – Chopin preserves the fruits of a lifelong process of study and experience gained since the pianist began exploring Chopin’s art in the early 1950s. As he once told the New York Times, “The music of Chopin has been with me my entire life, since … I was a boy. My love for [it] has become greater and greater for years.” Maurizio Pollini’s vision of Chopin was already highly developed by the time he took First Prize at Warsaw’s International Chopin Piano Competition in 1960. The 18-year-old Italian was lionised by Arthur Rubinstein, who turned to his fellow jurors and said, “This young man can already play technically better than any of us.” Although, as Pollini himself is quick to point out, his subsequent career has spanned music by everyone from Beethoven and Schumann to Boulez and Stockhausen, Chopin has remained a cornerstone of his repertoire and, as he told BBC Radio 3, he sees it as a great compliment to be considered a “Chopin player”.
96 kHz / 24-bit PCM – Deutsche Grammophon (DG) Studio Masters