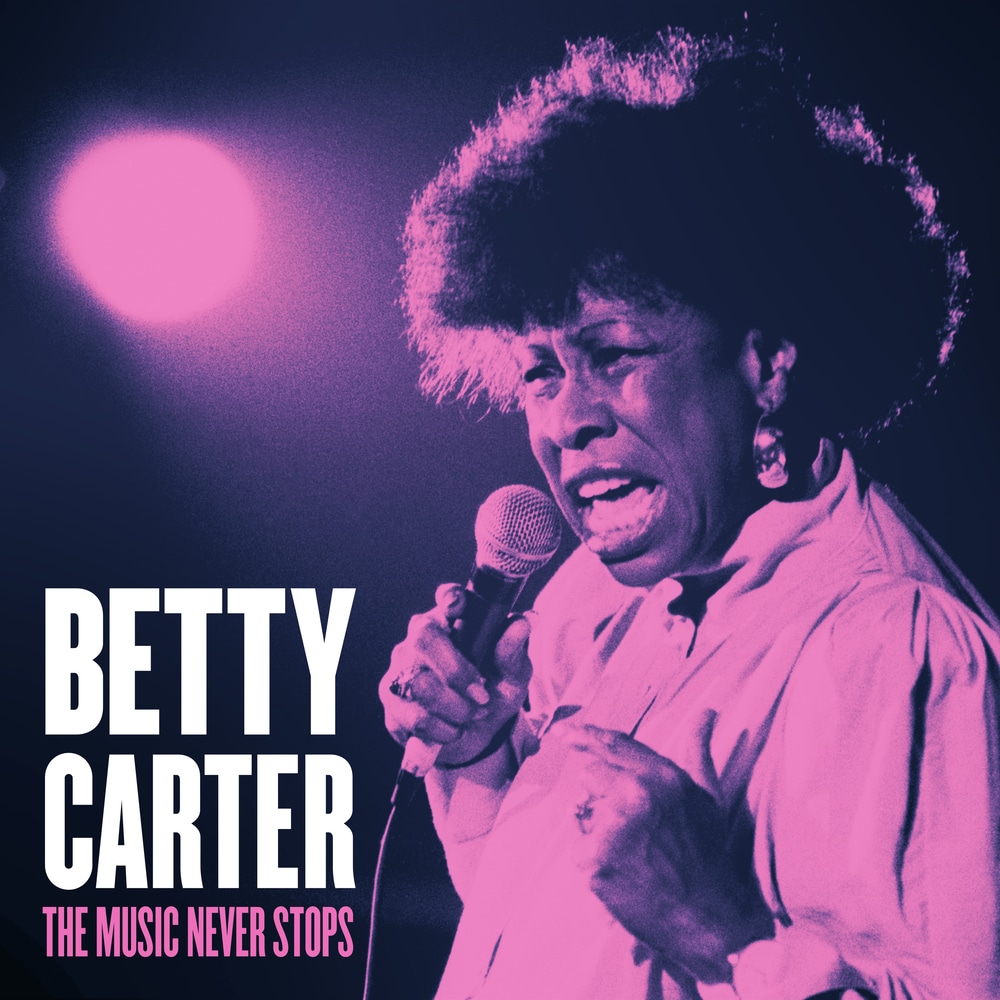 Jazz trailblazer and vocalist Betty Carter’s The Music Never Stops is the exciting release of some of the earliest material ever recorded by Jazz at Lincoln Center. This live performance at New York’s Aaron Davis Hall was recorded in 1992, six years before Carter’s untimely passing and during the early days of Jazz at Lincoln Center. The Music Never Stops marks Carter’s first posthumous album as well as the artist’s first release composed entirely of previously unheard material in 22 years (the last being “I’m Yours, You’re Mine” in 1997).

The long-running debate over what defines a jazz singer simply dissolves when Betty Carter’s name comes up. She transcended the entire category and took her place in the music pantheon as one of jazz’s most profound and game-changing innovators. Her impact was pervasive: not only did she influence a wide range of artists with her music, but the “University of Betty Carter” stands alongside Art Blakey’s Jazz Messengers as one of the jazz world’s elite finishing schools, training many of today’s most acclaimed jazz artists.

Carter challenged herself throughout her entire career, but the concert captured on The Music Never Stops represents perhaps the pinnacle of her musical ambitions. Harnessing a full jazz orchestra, a string section, and three distinct piano trios, Carter delivered a stunning tour-de-force performance that until now only lived in the memories of the enthralled and highly responsive audience members who were fortunate enough to have been there.