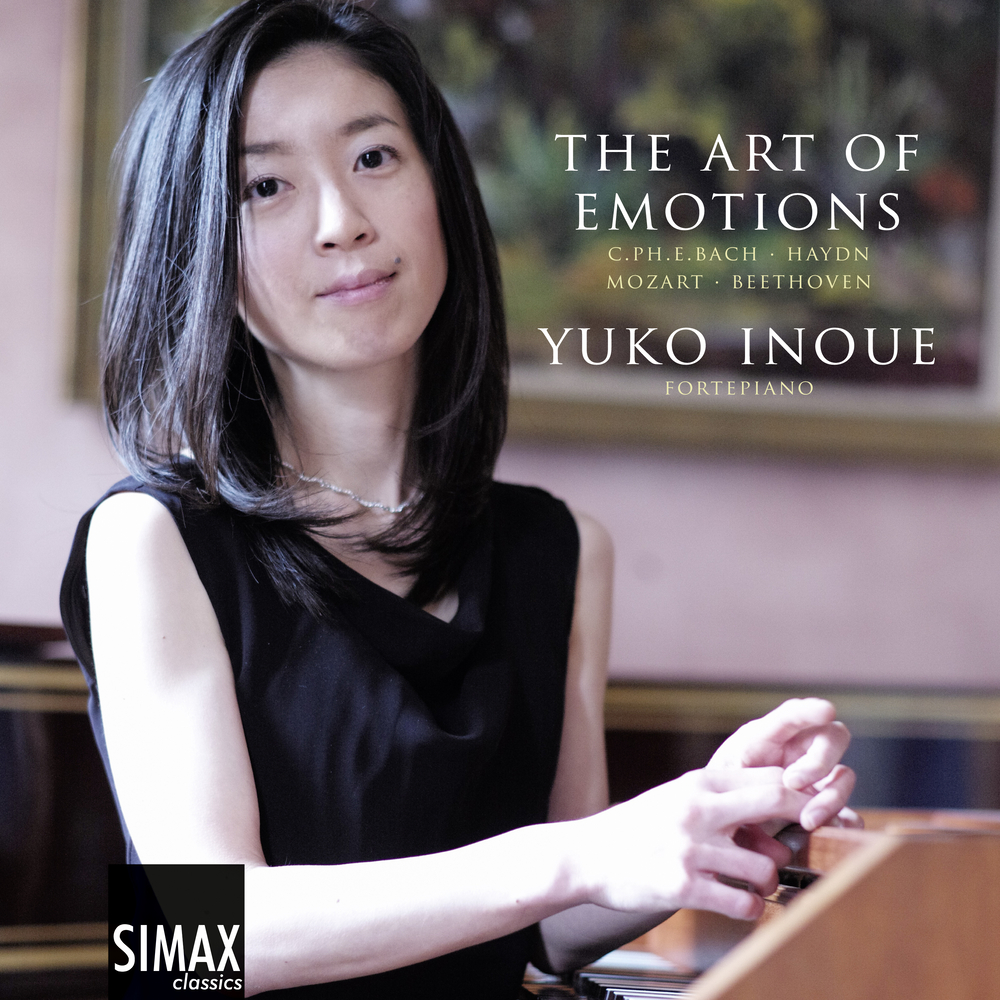 The Art of Emotions

Available in 96 kHz / 24-bit AIFF, FLAC high resolution audio formats
The title of Yuko Inoue’s debut album says it all. The sound of the fortepiano draws us 200 years back – to a time when composers developed a new musical language in parallel with the evolution of the instruments. A time where music really becomes the art of emotions. Based in Cologne, Yuko Inoue enjoys a remarkably broad-span career, traceable to her creative childhood, in which above-the-average gifts and talents lead to her first musical appearances already as a six-year old. After her Bachelor graduation at the Music College of Tokyo and being laureate at several piano- and chamber music competitions during this period, she took up a keen interest in historical keyboard instruments, and graduated with a Master of Music in harpsichord. Alongside her performing studies, she also followed musicological threads in a special curriculum about the Fantasia style in C.P.E. Bach’s composition. After her debut recital in 2004, Ms Inoue has established her place in the music life, with numerous appearances as harpsichordist and forte-pianist, both in solo and chamber music – in Japan as well as in Europe, i.e., with the Klassische Philharmonie Bonn, Kölner Kammerorchester, Sinfonieorchester Aachen, The Norwegian Baroque Orchestra and at the Utrecht Festival voor Oude Muziek. The composers on this release belong to four different generations in a time when keyboard instruments were evolving rapidly. The fortepiano (1780 original, maker unknown) from Edvind Beunk’s collection that Yuko Inoue has chosen for this recording, is an instrument all of them would have had a passionate relationship with. Composers at the time were inspired by the development in range and action of keyboard instruments. Today we see how pianists ’rediscover’ these original colours and dynamic possibilities when sitting down with an instrument from the time of the composer.
96 kHz / 24-bit PCM – Simax Classics Studio Masters