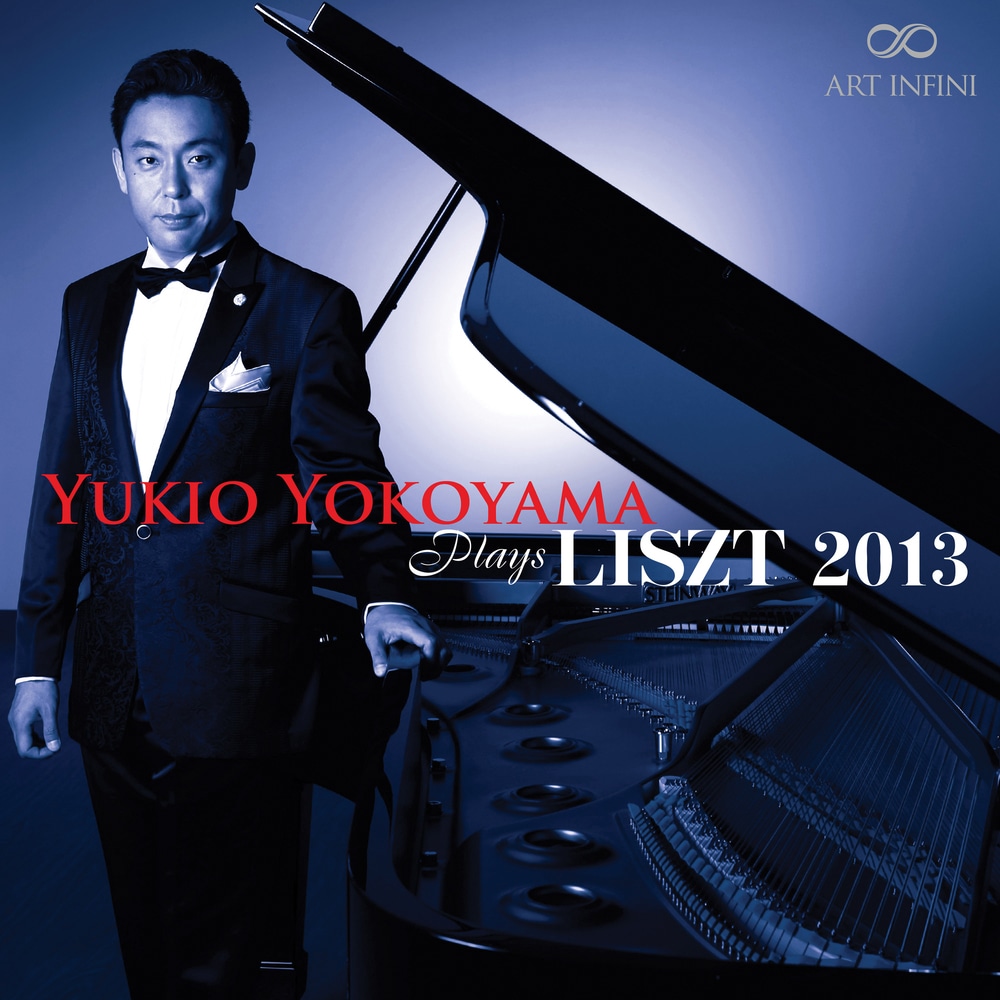 "The Sonata is simply masterful [...] feeling, time and phrasing, not a missing or 'knocked' note. This is mastery of sound, and might I add, an impressive grand piano sonority."
- Vagne Thierry (Music Journalist)

Liszt 2013 presents a panorama of famous works of Franz Liszt: The Sonata, the 2 concert studies: Waldesrauschen (Whispers of the Forest), and Gnomenreigen (Dance of the Gnomes), Liebestraum No. 3 (Dream of Love,) and Mephisto Waltz # 1.

Since beginning an illustrious career as an international concert pianist over 20 years ago, among many other achievements Yokoyama has released more than 30 CDs to great critical acclaim. His “Liszt’s Etudes of Transcendental Techniques”, produced by Grammy nominated producer, Wolf Erichson, and released by Sony, won the 25th International Liszt Grand Prix.
192 kHz / 24-bit, 96 kHz / 24-bit PCM – ART_INFINI Studio Masters