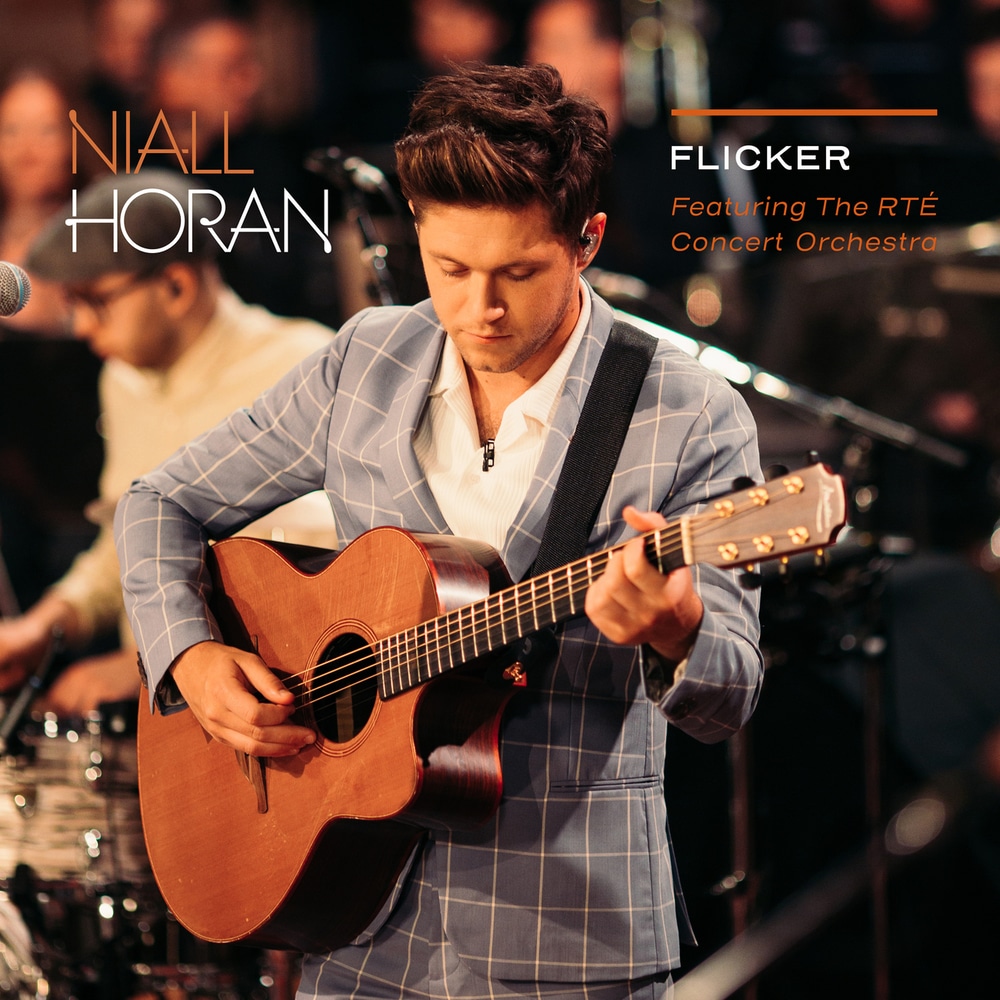 Available in 48 kHz / 24-bit AIFF, FLAC audio formats
The Irish singer-songwriter and former One Direction member, Niall Horan, released his debut solo album Flicker in October 20, 2017. Since then, it has received critical praise from numerous sources. Entertainment Weekly hailed Flicker as a “must-listen” new release and noted, “Grab a car, roll down the windows, and drive down some empty roads — these are the ideal listening conditions for Niall Horan’s solo debut.” TIME declared it “a promising solo debut…a sweet and folksy turn from one of boy band pop’s prior titans.” People selected Flicker as one of its Picks of the Week, and praised the “lush, contemporary ‘Too Much to Ask’ and ‘pop-country confection ‘Seeing Blind.’” For this special version of his debut, Horan decided to turn things up a notch: "Flicker was an album I made that came from the heart and my heart is very much in Ireland. Recording tracks from that album with a 45-piece orchestra was a dream come true and to be able to do it at home with the RTÉ Concert Orchestra, one of the best in Europe, if not the world, was really special." - Niall Horan
48 kHz / 24-bit PCM – Capitol Records Studio Masters