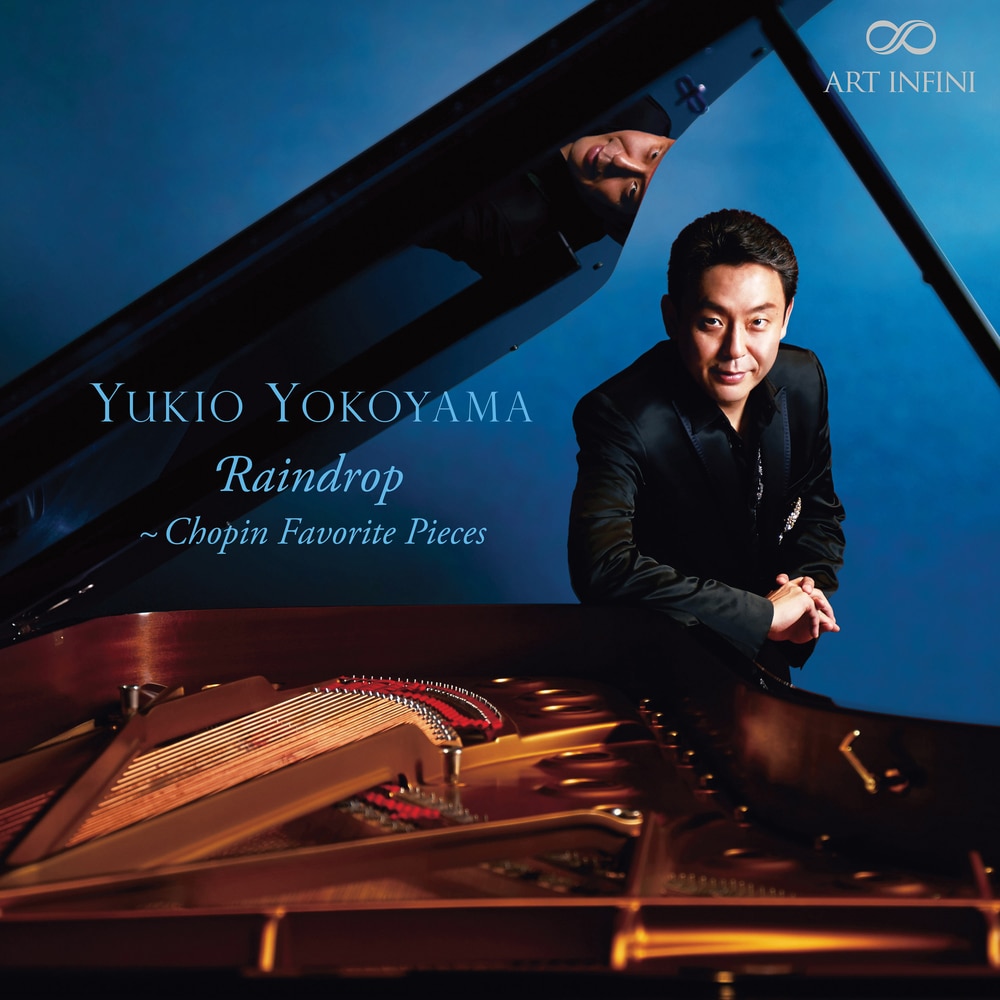 Acclaimed pianist Yukio Yukoyama has a long history with Chopin.

In 2011, the 20th anniversary of his debut, Yokoyama performed all 212 solo works by Chopin at Tokyo Opera City Concert Hall in 18 hours as a charity event in support of those affected by the Great East Japan Earthquake. The Guinness Book of World Records again officially recognized Yokoyama’s achievement. This concert was restaged at the International Chopin Festival in Duszniki, Poland, with the entire proceeds being donated to the Red Cross in support of the Tohoku disaster.

On May 3rd, 2012, Yokoyama again performed a marathon Chopin concert at Tokyo Opera City Concert Hall, and is already planning to do it again in 2013.

Currently, besides performing regularly as a concert pianist, Yokoyama gives master classes at the Miyazaki International Music Festival, and teaches at Ueno Gakuen and Elisabeth University of Music. He also runs several elegant restaurants where he regularly gives salon recitals: "Ristorante G" in Tokyo, and in Kyoto "Chimera" and "Yasaka Hanakago".

After bringing so much respect and appreciation to the art of the piano master, Yukoyama continues his tradition, selected Chopin's favourite pieces on Raindrops.
192 kHz / 24-bit, 96 kHz / 24-bit PCM and 5.6448 MHz DSD – ART_INFINI Studio Masters