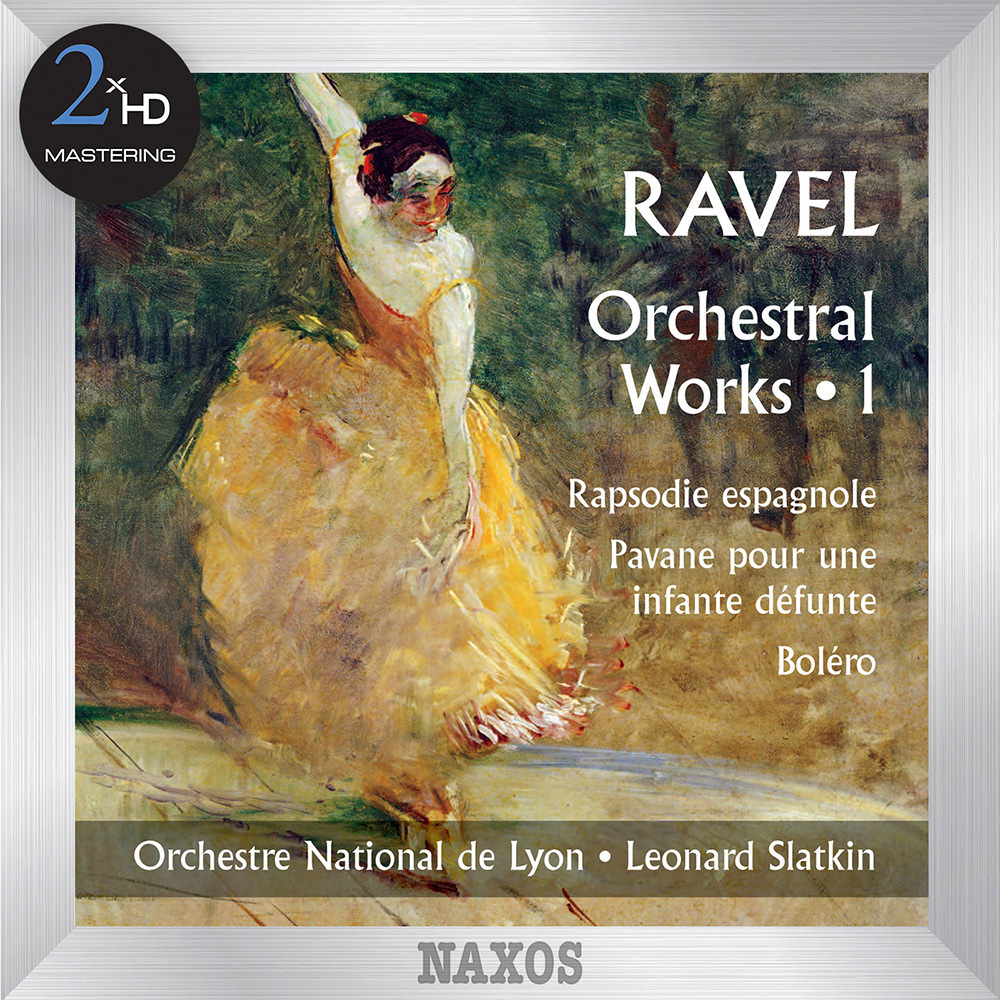 "… one of the most thrilling works in the orchestral canon ..."
- The Village Voice

"The atmosphere is established not merely with confidence but with freshness as well."
- Gramophone

This album is the first volume in a series of the complete orchestral works of Maurice Ravel, featuring acclaimed American conductor Leonard Slatkin leading the Orchestre National de Lyons. Includes Slatkin's interpretation of one of the most popular works in all of classical music, Bolero, which Ravel himself called an "orchestrated crescendo."