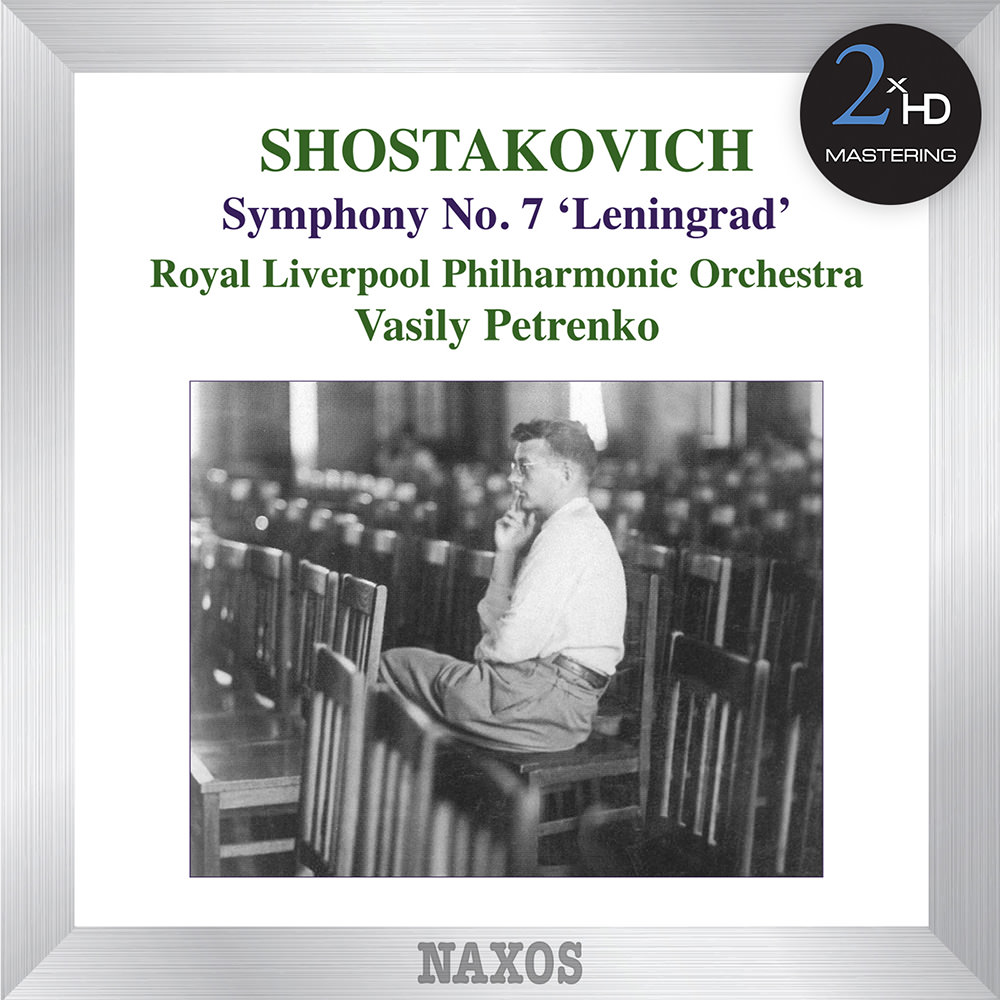 Available in 352.8 kHz / 24-bit, 192 kHz / 24-bit, 96 kHz / 24-bit AIFF, FLAC and 5.6448 MHz, 2.8224 MHz DSD high resolution audio formats
"Five Stars ... fresh, beautifully phrased and vividly recorded ... will stand as a major recorded achievement for the 21st century." - BBC Music Magazine "... one of the great recordings of this still troubling work." - Fanfare "... deserves to be in every orchestral music lover’s collection ... with sound as good as performance and value, it’s an easy recommendation." - Audiophilia "... (a) compelling performance ... the full-bodied sound from the Liverpool Phil is highly effective and the wide dynamics and vivid climaxes are wonderfully controlled ... the sound feels remarkably fresh and the balance is impressive too ... the orchestral playing is an absolute triumph ... truly world class." - MusicWeb International Another volume in the highly acclaimed complete cycle of Shostakovich symphonies from conductor Vasily Petrenko, leading the Royal Liverpool Philharmonic Orchestra on the Seventh Symphony, written during the Nazi invasion of the Soviet Union in 1941. Initially the composer gave each movement a programmatic title but later withdrew them, leaving this epic work as an historic emblem of heroic defiance in the face of conflict and crisis. "I dedicate my Seventh Symphony to our struggle against fascism, to our coming victory over the enemy, to my native city, Leningrad." - Dmitry Shostakovich
352.8 kHz / 24-bit, 192 kHz / 24-bit, 96 kHz / 24-bit PCM and 5.6448 MHz, 2.8224 MHz DSD – 2xHD - Naxos Studio Masters

*Recorded in PCM 96 kHz / 24-bit. Mastered in PCM 352.8 kHz / 24-bit, 192 kHz / 24-bit, 96 kHz / 24-bit and DSD 2.8224 MHz / 1-bit. 2xHD Mastering: René Laflamme 2xHD Executive Producer: André Perry This album was mastered using our 2xHD proprietary system. In order to achieve the most accurate reproduction of the original recording we tailor our process specifically for each project, using a selection from our pool of state-of-the-art audiophile components and connectors.The process begins with a transfer to analog from the original 96kHz/24-bit resolution master, using cutting edge D/A converters. The analog signal is then sent through a hi-end tube pre-amplifier and (if needed) will be EQ’d before being recorded directly in DXD using the dCS905 A/D and the dCS Vivaldi Clock. All connections used in the process are made of OCC silver cable. DSD 2.8224 MHz/1-bit and PCM 352.8kHz/24-bit and 192kHz/24-bit versions are separately generated, directly from the analog signal.