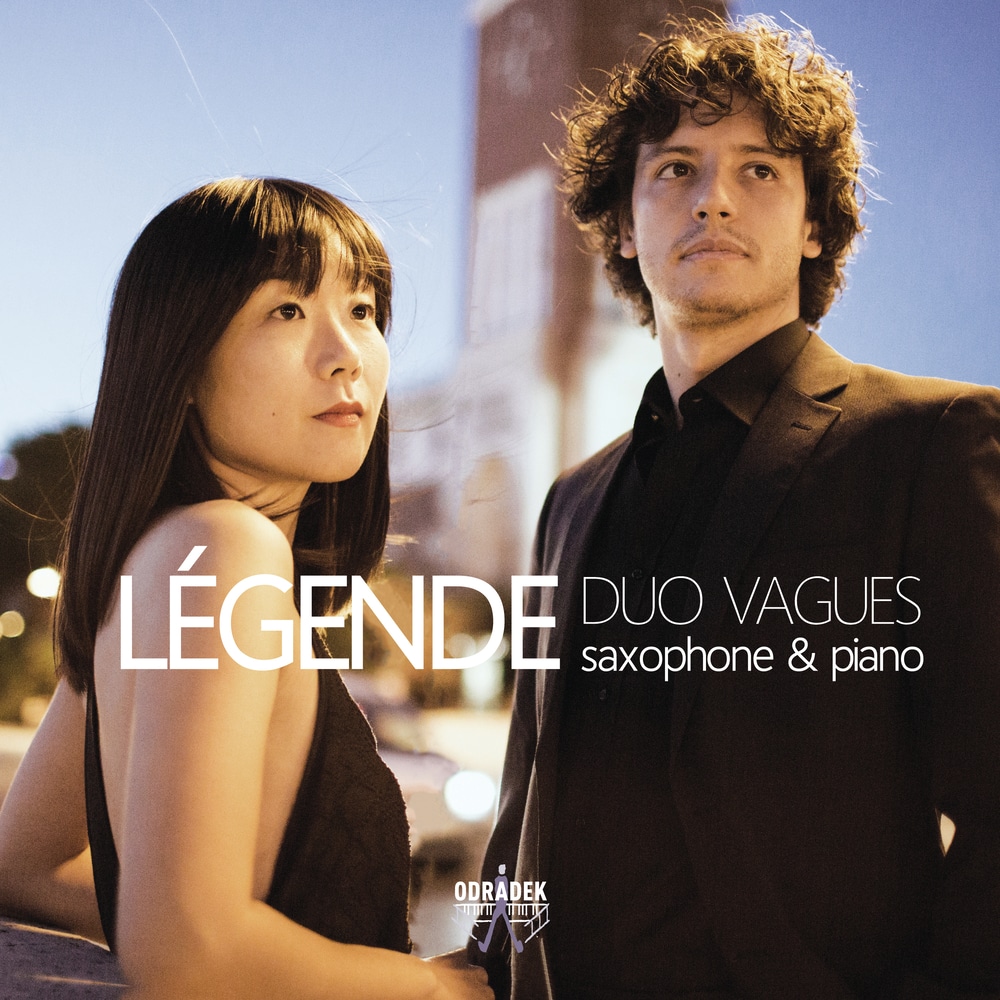 Sardinian saxophonist Andrea Mocci, one of the most accomplished musicians of his generation, and the brilliant Japanese pianist Megumi Nakanomori, form Duo Vagues, and present their debut album Légende. Their cultural backgrounds and personalities are as distinct as the contrasting colouristic palettes of their instruments; the saxophone itself straddles the worlds of classical and jazz. Yet this CD represents a fusion of all these apparently conflicting elements, highlighting music’s power to unify cultures, timbres and genres.

Florent Schmitt’s Légende is at the heart of this album and their formation as a duo. Its continuous motion, rising from moments of profound calm to ebullient overflowing crests, suggests “vagues” – waves, inspiring their choice of name.

Schmitt’s Légende spans lyricism and impetuosity, the saxophone’s long-breathed, virtuosic flourishes occasionally slipping into the smoky world of jazz, while the piano’s rich harmonies anticipate Messiaen. Jolivet’s Fantaisie-Impromptu reflects his immersion in both atonality and jazz, its sinuous saxophone line and enigmatic, tonally-ambiguous piano gestures juxtaposed with jaunty, jazzy material reminiscent of Gershwin. Milhaud, a master of comic irony, takes us on a witty adventure to South America in Scaramouche – the piece with which Andrea Mocci made his professional debut, in the prestigious Sala Verdi in Milan, in 2011. In common with Milhaud’s piece, Françaix’s 5 Danses Exotiques, dedicated to Marcel Mule (who premiered Schmitt’s Légende) embrace Latin American styles.

Creston’s debonair, vivacious Sonata is a piece which Duo Vagues has been playing for years, yet which always yields something new. Hindemith famously wrote sonatas for almost every orchestral instrument, although the Sonata recorded on this album began life as a piece for alto horn. The saxophonist is called upon to read a poem by Hindemith during the piece, after which the two instruments are engaged in fascinating dialogue, and it is this sense of dialogue, between saxophone and piano, between different styles, and between the musicians themselves, that is so integral to this debut album from Duo Vagues.
96 kHz / 24-bit PCM – Odradek Records Studio Masters