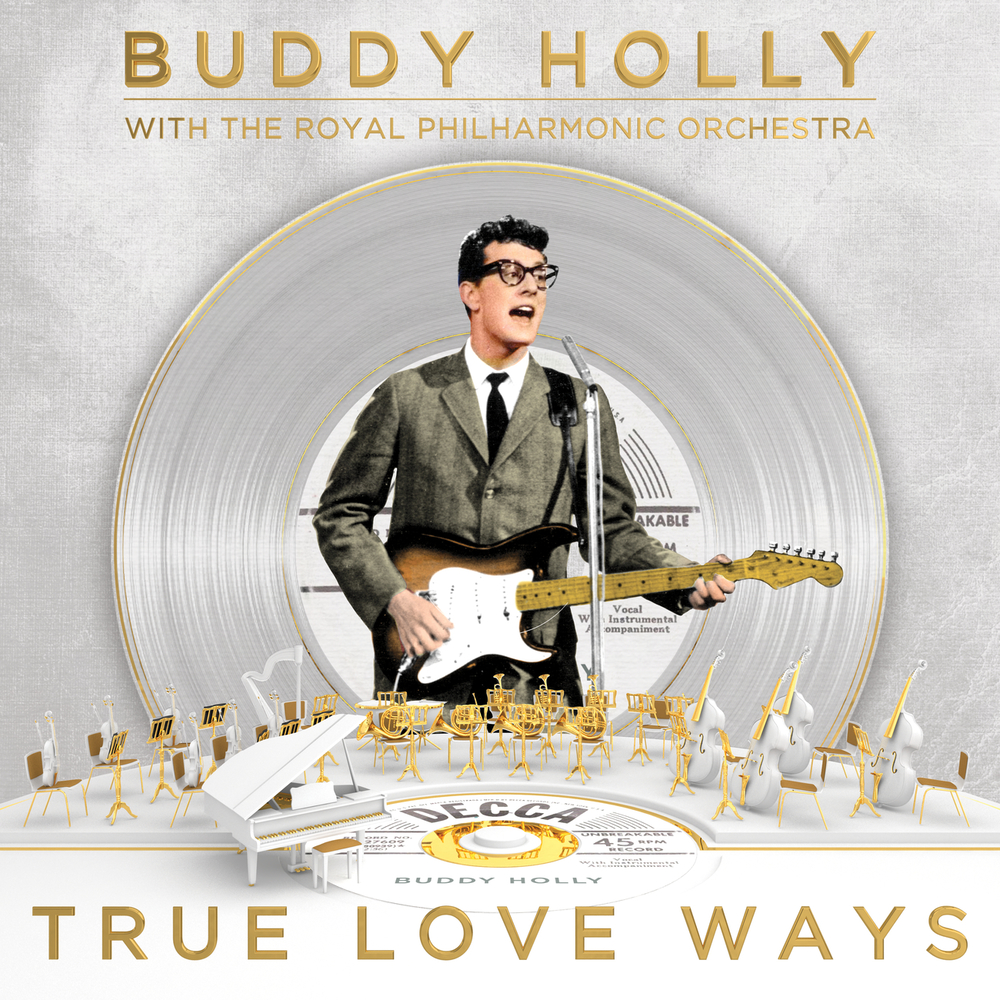 Buddy Holly's first ever record label, Decca, is proud to announce the release of a stunning collection of the singer's most beloved hits, set to brand new orchestrations.

It celebrates the 60 year anniversary of Buddy Holly's last ever recording session and is the poignant realisation of a dream the star first explored just four months before his tragic death in a plane crash at the age of 22.

"Buddy felt orchestral music in a popular vein was where the future lay, so he wanted to write, record, explore and innovate that style. So what better combination than the Royal Philharmonic and Buddy's music. It's just beautiful"
- Elena Maria
96 kHz / 24-bit PCM – Decca Studio Masters