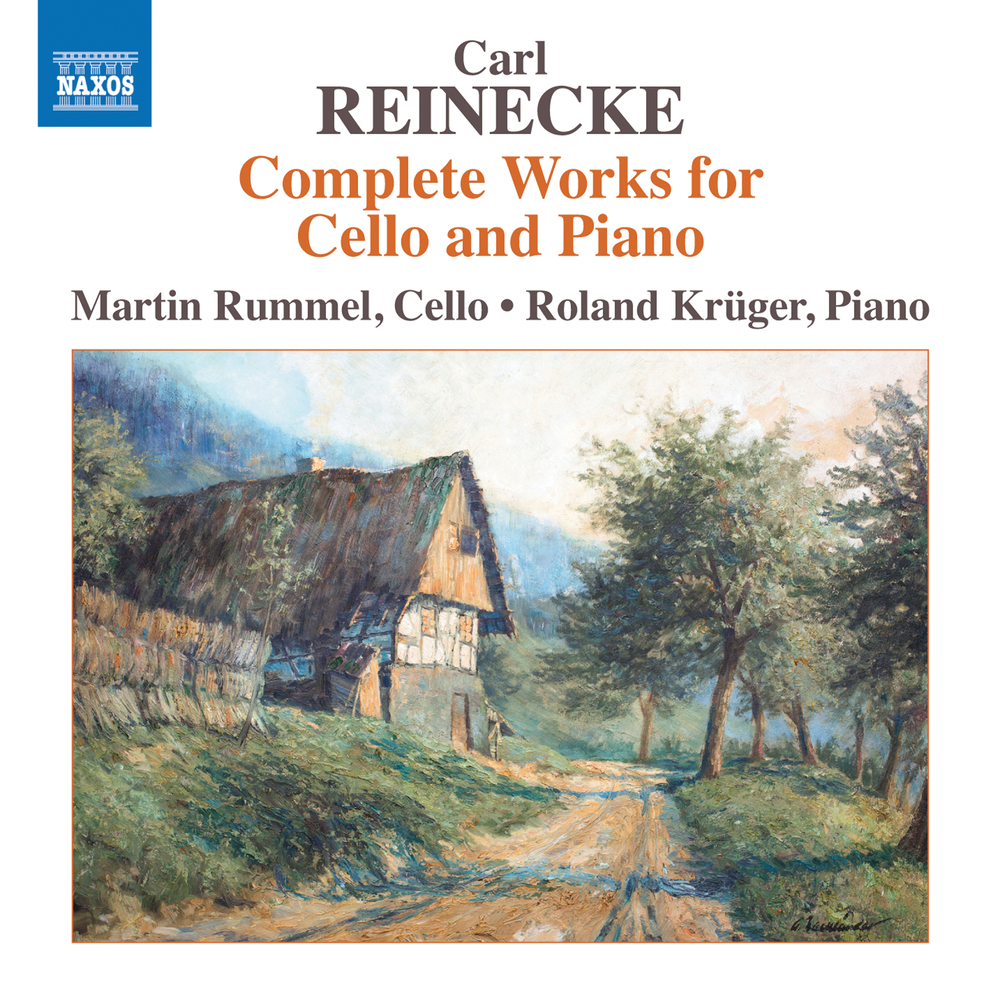 Available in 96 kHz / 24-bit AIFF, FLAC high resolution audio formats
Carl Reinecke’s melodic gift, mastery of counterpoint, and idiomatic command of chamber repertoire, in particular, exemplify why he was acclaimed as one of the great representatives of German High Romanticism. His Cello Sonatas were composed over four decades. The First teems with freshness and a Schumannesque lyricism, while the Second is a more experimental work, with a notably quizzical slow movement. Virtuosity, solemnity and caprice are features of the Third Sonata, while the Three Pieces, Op. 146 offer an enticing contrast of songfulness and dance. Austrian cellist Martin Rummel is not only the last pupil of the legendary William Pleeth, but with the release of nearly 50 albums, one of the most distinguished cellists of his generation. He continually gains worldwide praise for his recordings of previously undiscovered music. First Prize winner of the prestigious Concours de Geneve in 2001, Roland Kruger has performed in venues such as the Concertgebouw, Amsterdam, the Palais des Beaux-Arts, Brussels, and the Kolner Philharmonie festival. As a soloist, he has worked with the Orchestre de la Suisse Romande, the Orchestre National de Belgique and the NDR Radiophilharmonie Hannover, among others.
96 kHz / 24-bit PCM – Naxos Studio Masters