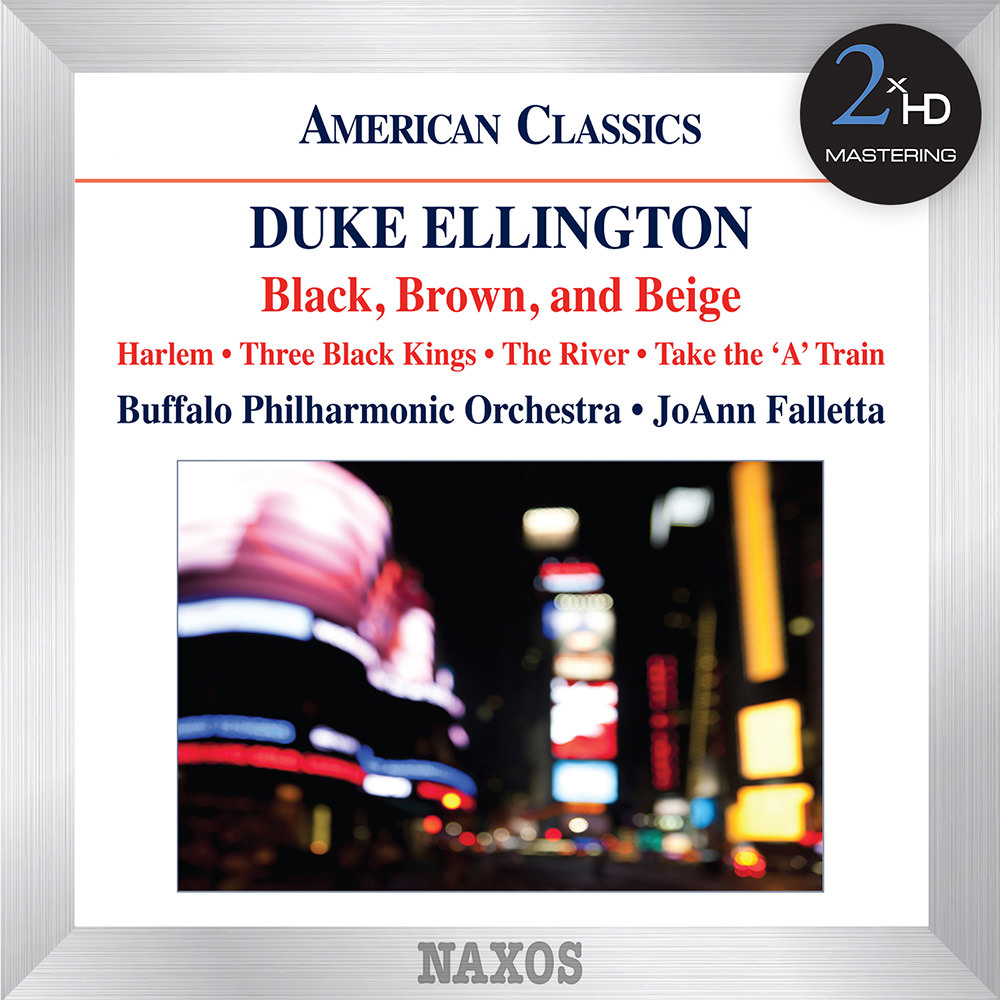 "... we badly needed a top-notch survey of Ellington’s orchestral music and this inspiring disc fits the bill perfectly. Indeed, I would go so far as to say that Falletta and the Buffalo Philharmonic have yet to make a finer record. The performances are just marvelous. The various instrumental soloists are all brilliant, captured in bright, natural, high-impact sound. This is a very necessary release ... it’s a joy."
- ClassicsToday.com

On this landmark recording, JoAnn Falletta and the Buffalo Philharmonic Orchestra demonstrate the stunning depth of Duke Ellington’s musical knowledge and diversity and his astonishing talent as a composer. Although known primarily for his jazz works, Ellington was both active and prolific in the world of concert music. A must have for fans of what Ellington called "American Music."
352.8 kHz / 24-bit, 192 kHz / 24-bit, 96 kHz / 24-bit PCM and 2.8224 MHz DSD – 2xHD - Naxos Studio Masters

This album was mastered using our 2xHD proprietary system.
In order to achieve the most accurate reproduction of the original recording we tailor our process specifically for each project, using a selection from our pool of state-of-the-art audiophile components and connectors.The process begins with a transfer to analog from the original 96kHz/24-bit resolution master, using cutting edge D/A converters. The analog signal is then sent through a hi-end tube pre-amplifier and (if needed) will be EQ’d before being recorded directly in DXD using the dCS905 A/D and the dCS Vivaldi Clock. All connections used in the process are made of OCC silver cable.