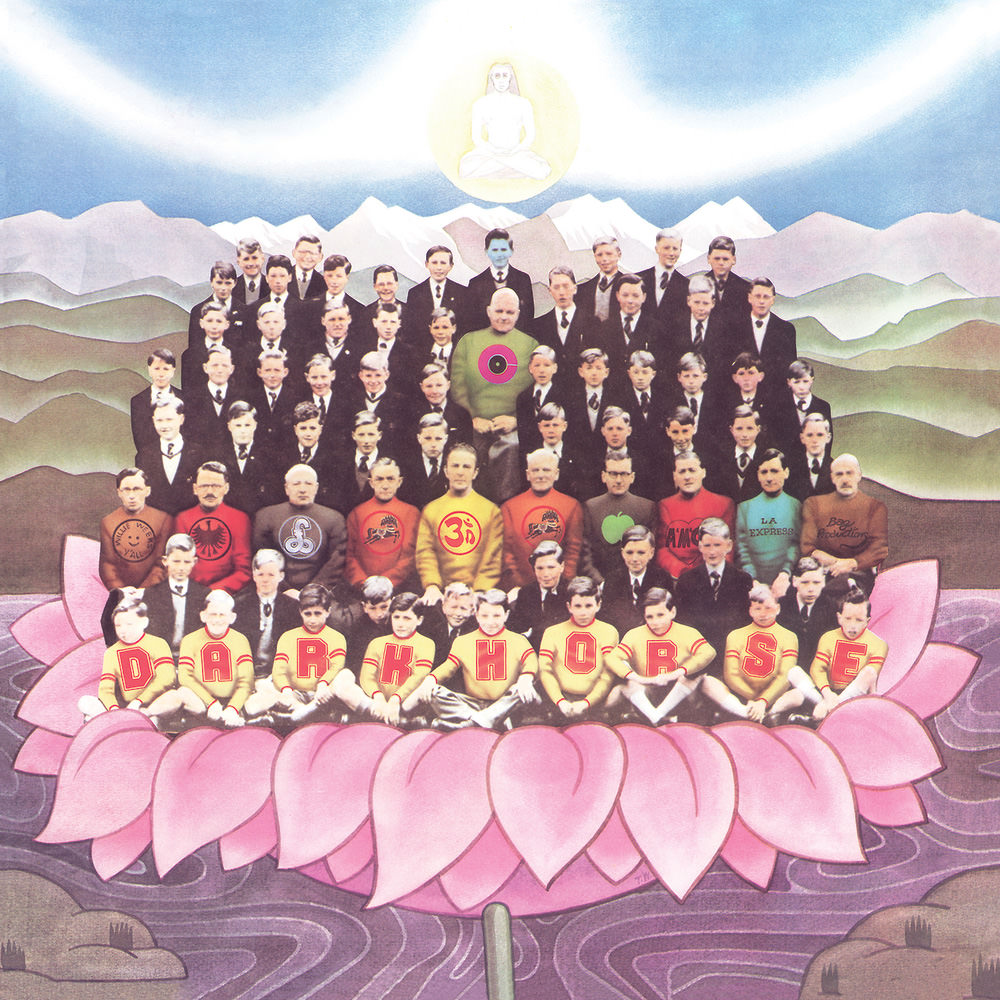 "... (a) true overlooked jewel ... sounds and feels like Harrison is playing music like he has nothing to lose and all the world to gain ... an album from a man operating at the peak of his talents with no one left to impress and no grand statement to make ... Dark Horse is the sound of freedom and it sounds like a livid dream committed to tape."
- PopMatters.com

Released in December 1974, Dark Horse capped a prolific year for George Harrison, during which he had established his own record label, built a recording studio in England and completed an ambitious tour of North America. Throughout the year, Harrison also found time to produce albums for several artists while recording his own. With songs documenting both Harrison's fallibility and his spirituality, Dark Horse peaked at number four in the US, sounding a high note at the end of a rather frenetic year. This reissue, digitally remastered from the original analogue masters, includes the bonus tracks I Don’t Care Anymore, a rare B-side making its album debut and a previously unreleased early acoustic take of Dark Horse.
96 kHz / 24-bit PCM – BEATLES CATALOG MKT (C91) Studio Masters