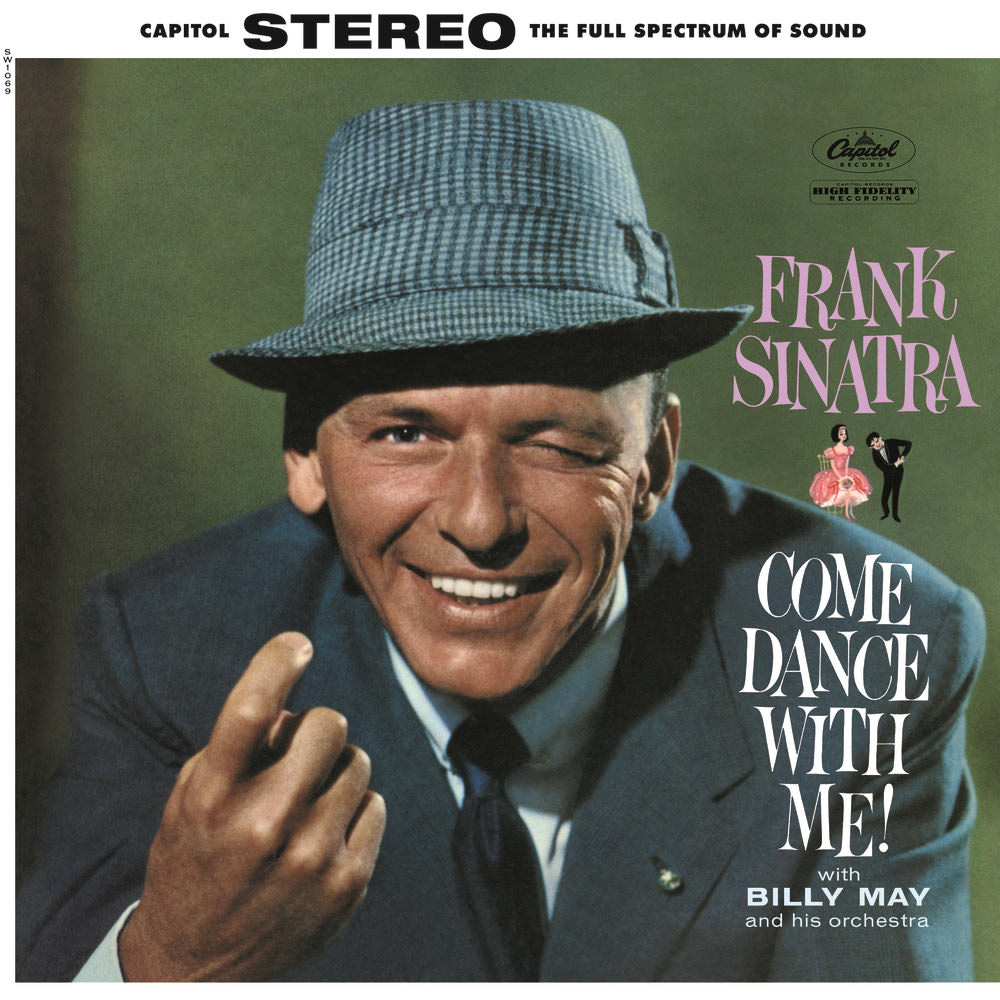 Come Dance With Me!

Available in 192 kHz / 24-bit, 96 kHz / 24-bit AIFF, FLAC high resolution audio formats
Grammy Award - Album of the Year, 1960 Grammy Award - Best Vocal Performance, Male, 1960 Billboard 200 - #2, 1959 "... Sinatra clung to his big band roots: in these brash, brassy arrangements, the high-stepping tempos are shouldered by a voice still in complete control. Something’s Gotta Give and an impetuously fast The Song Is You are irresistible ..." - The Guardian "... when it came time to all out swing-oriented big band, May was the man to turn to; having left his mark with the trilogy ..." - EnjoytheMusic.com "... Sinatra swaggers his way with effortless verve through an appealing collection of bouncy standards, aptly described in the album notes as 'vocals that dance.'" - Stereo Review The most successful album of Frank Sinatra's career, 1959's Come Dance With Me! is a multiple Grammy winner including Album of the Year. The second in the trilogy of Sinatra collaborations with conductor and arranger Billy May, who won a Grammy himself for Best Arrangement, this 1959 release follows Come Fly With Me and precedes Come Swing With Me!
192 kHz / 24-bit, 96 kHz / 24-bit PCM – CAPITOL CATALOG MKT (C92) Studio Masters