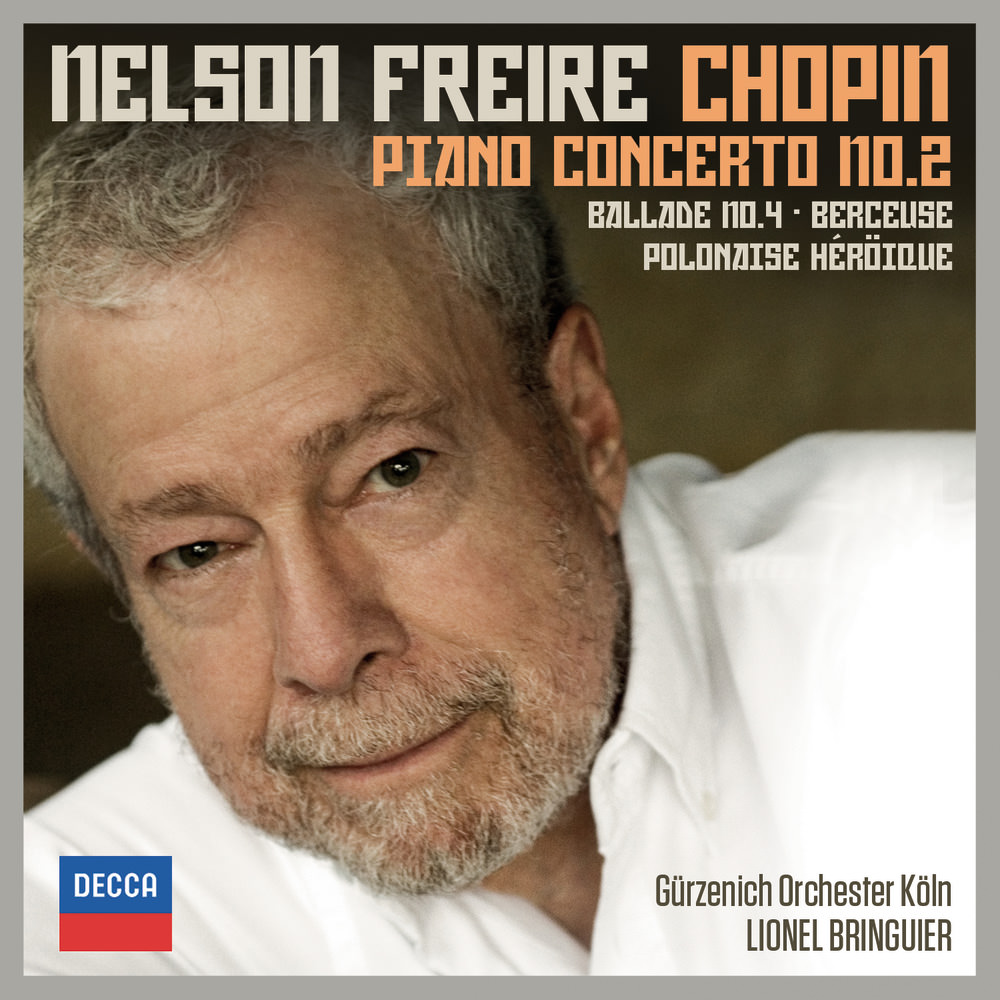 Available in 96 kHz / 24-bit AIFF, FLAC high resolution audio formats
"Instrumental Choice ... positively incandescent ... in the miraculous and miniature Berceuse, Freire comes close to perfection ... his radiant sound and lyricism shot through with an incisive technique, warmly recorded." - BBC Music Magazine "... (a) stunning recording ... Freire approaches the music with elegance and his innate sense of melody. The recording cements Freire's reputation as not only one of the finest Chopin interpreters but one of the greatest pianists working today." - Classic FM Pianist Nelson Freire celebrates his 70th birthday year with this superb recording of Chopin's Piano Concerto No. 2 featuring the Gürzenich-Orchester Köln under conductor Lionel Bringuier. The programme also includes several of Chopin's popular solo works. Freire is acknowleged as an expert Chopin interpreter; his three previous Chopin albums have all been critically praised.
96 kHz / 24-bit PCM – Decca Studio Masters