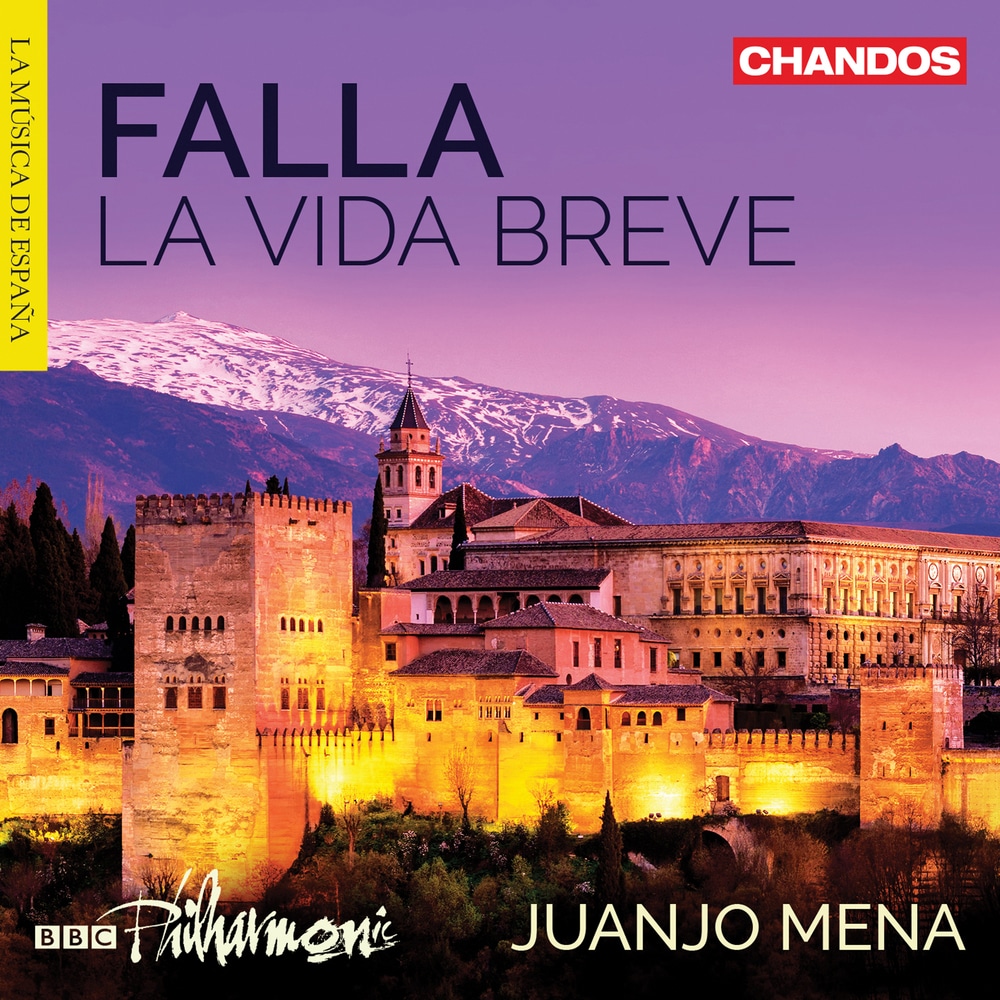 Available in 96 kHz / 24-bit AIFF, FLAC high resolution audio formats
La vida breve is the first great work by Manuel de Falla, not only on account of the brilliance of his achievement, but also because in this score the powerful musical personality of the composer shines through. It introduces an orchestral scope that was previously unheard of in Hispanic musical theatre; there are direct references to folklore; there is the very remarkable role of the choir, and the incredible ability to evoke the magic of the Albaicín in Granada. The idea of the story came to Falla when he read, in the periodical Blanco y Negro, a short poem of clear social content, written by Carlos Fernández-Shaw, which would become the heart of the libretto. ‘I am filled with emotion at the prospect of releasing this disc, because for all Spanish conductors Manuel de Falla’s La vida breve is the highpoint of Spanish opera and a fundamental work in our repertoire.
96 kHz / 24-bit PCM – Chandos Studio Masters