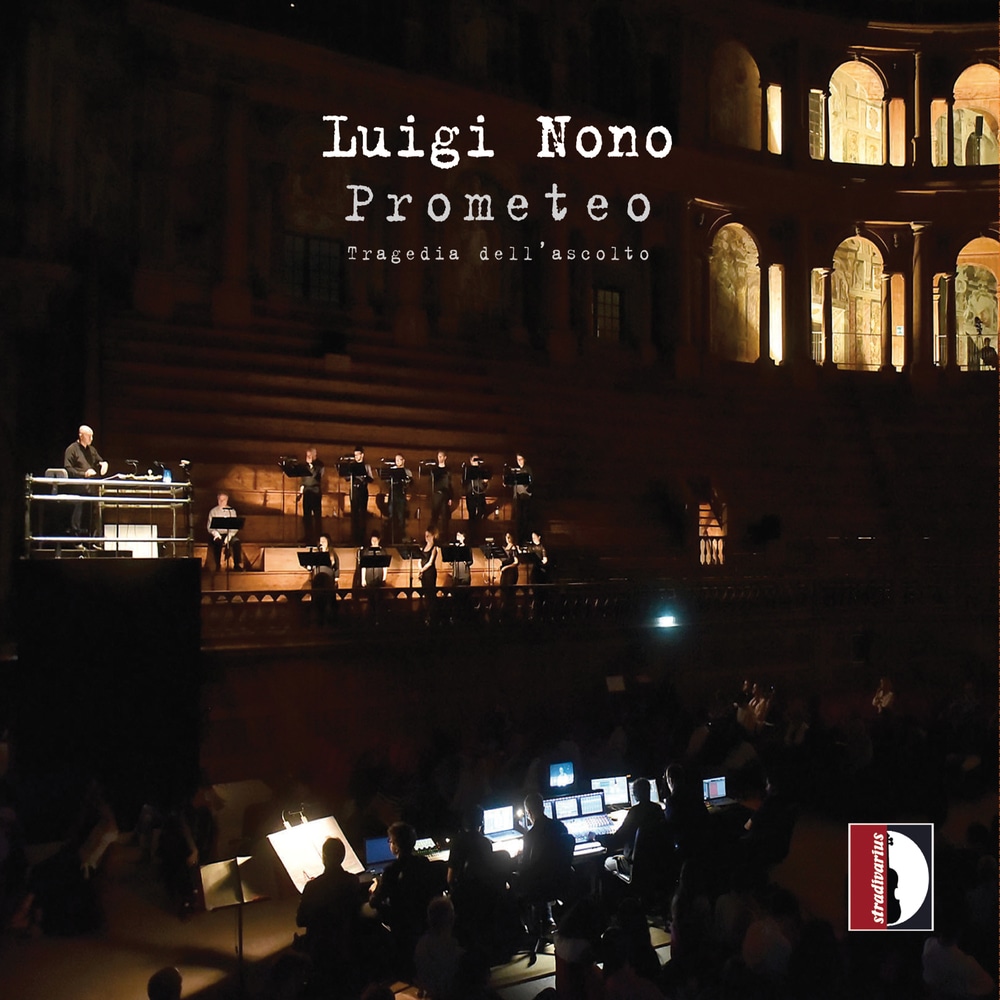 Available in 48 kHz / 24-bit AIFF, FLAC audio formats
Prometeo, Tragedia dell’ascolto (Prometheus, a tragedy of listening) the masterpiece by Luigi Nono with libretto by the philosopher Massimo Cacciari based on texts by Aeschylus, Walter Benjamin, Friedrich Hölderlin and others, was slated to be performed on May 26 at Parma’s Teatro Farnese. This production, realized by Teatro Regio di Parma, used the recently published new edition, edited by André Richard and Marco Mazzolini. That series of performances is presented here in stunning clarity, a momentous achievement! Thirty-three years have passed since the world premiere of Prometeo, which was held at the Church of San Lorenzo in Venice on September 25, 1984, and 27 years have passed since the composer’s death. The original manuscript that Nono submitted to Ricordi is void of numerous indications regarding important aspects for the piece’s execution (vocal, instrumental and electronic), which were added after intense analysis by a group of interpreters and technicians. The more than 60 performances of Prometeo since 1990 were made possible thanks to the contributions of musicians that worked with Nono. André Richard’s participation in the early performances, attended by Nono, his work as director of sound for Prometeo, and his long experience made possible the creation of an electronic score, which is a fundamental part of Prometeo. This new edition provides a final solution to problems the score has always presented for performers, and proposes “a tragedy of listening” as Luigi Nono conceived it.
48 kHz / 24-bit PCM – Stradivarius Studio Masters