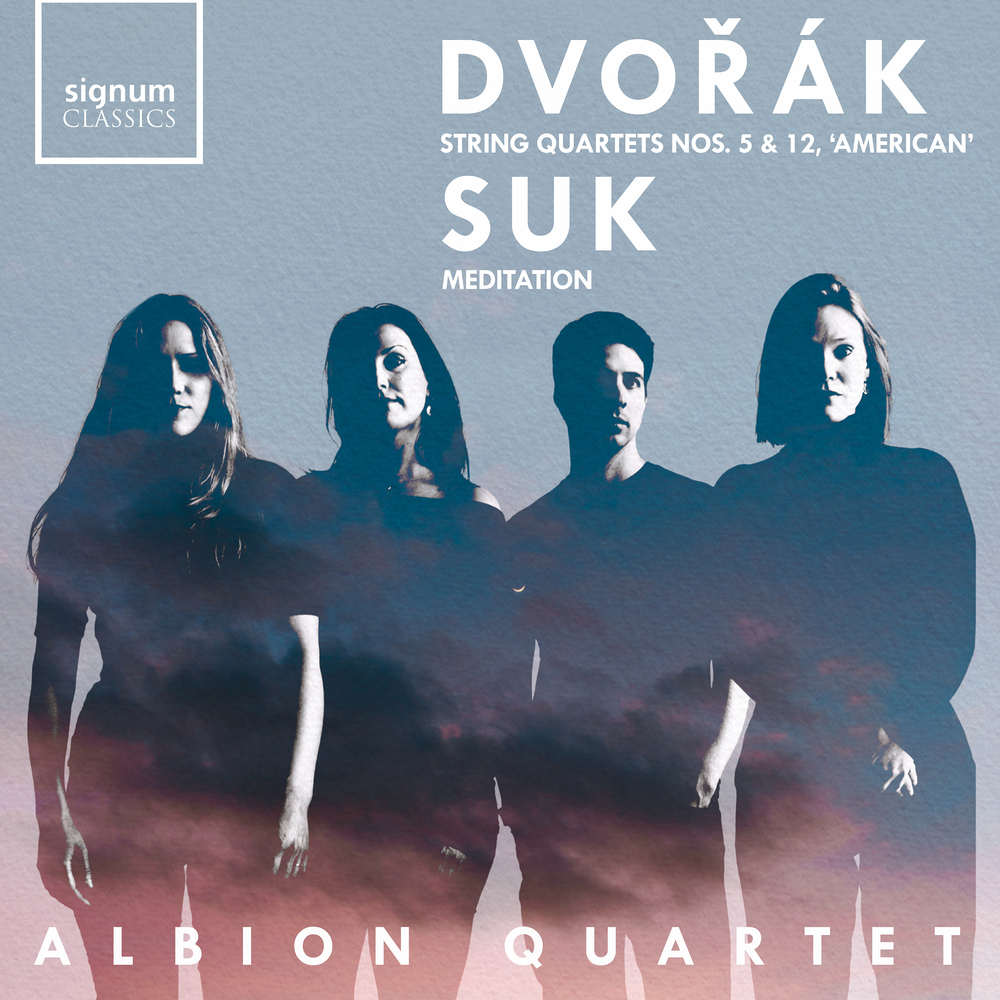 Formed in 2016, the Albion Quartet brings together four of the UK’s exceptional young string players who are establishing themselves rapidly on the international stage. This album marks the first release in a new Dvořák cycle with Signum Records, as well as future releases of Walton and Britten plus the premiere recording of Richard Blackford’s Kalon with the Czech Philharmonic Orchestra later in 2019.

Having made their debuts last season at the Concertgebouw Amsterdam as well as the Auditorium du Louvre in Paris, the 2018/19 season sees the Albion Quartet’s debuts at the Wigmore Hall and at Town Hall/Symphony Hall Birmingham. They also continue their residency at London’s Kings Place, become quartet-in residence at the Stratford Festival of
96 kHz / 24-bit PCM – Signum Records Studio Masters