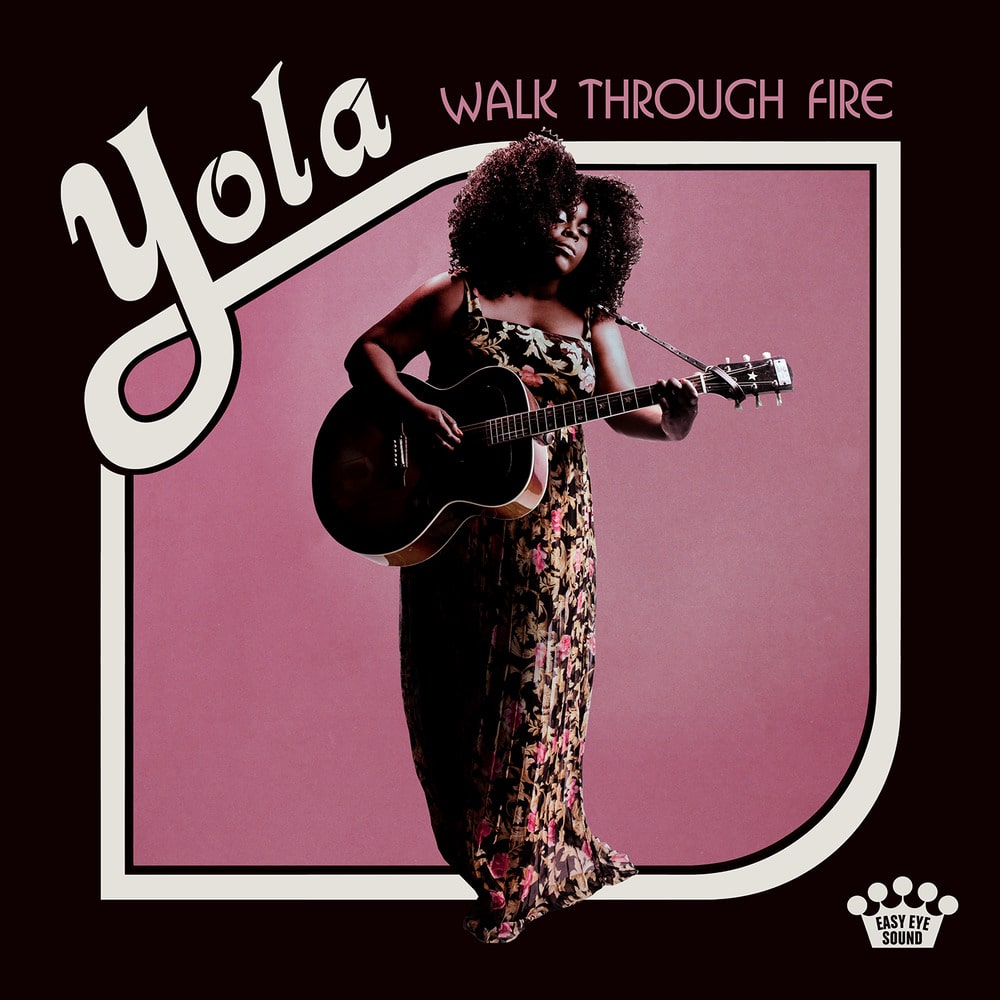 Available in MQA and 48 kHz / 24-bit AIFF, FLAC audio formats
Grammy Award Nomination – Best New Artist, 2019 Grammy Award Nomination – Best American Roots Performance, 2019 – FARAWAY LOOK Grammy Award Nomination – Best American Roots Song, 2019 – FARAWAY LOOK (Dan Auerbach, Yola & Pat McLaughlin, songwriters) Grammy Award Nomination – Best Americana Album, 2019 Grammy Award Nomination – Producer Of The Year, Non-Classical, 2019 – JDAN AUERBACH "There is an irresistible magnetism to Yola's vintage soul and gospel tinged Americana, and songs that feel as if they have been around forever." - The Guardian "A commanding solo debut which turns Yola's stories of heartbreak and defiance into widescreen, Dusty-styled ballads [...] 4 Stars." - Mojo British rising star Yola's debut solo album, Walk Through Fire, produced by The Black Keys' Dan Auerbach is being released on Auerbach's Easy Eye Sound label, distributed by Nonesuch Records The album "showcases Yola's otherworldly vocals and compelling songwriting," said NPR Music's Brittney McKenna in naming Walk Through Fire an NPR First Listen. "It's the work of an artist sure to stun audiences for years to come." At the start of the year, NPR had named Yola one of its Slingshot: 20 Artists To Watch In 2019. "With a voice that can belt, swoon and sing the blues," wrote WFUV's Rita Houston for the feature, "she quickly makes clear that you’re in rare company." Yola has blazed her own trail with a passion for the soul and country music she loves. Walk Through Fire is a contemporary twist on a traditional sonic tapestry of orchestral strings, fiddle, steel, and shimmering tremolo guitars, it provides the perfect soundtrack to Yola's arresting vocals, which first came to the attention of Auerbach after a friend sent him a video of Yola performing in Nashville. "The moment I met Yola I was impressed," says Auerbach. "Her spirit fills the room, just like her voice … she has the ability to sing in a full roar or barely a whisper and that is a true gift. She made everyone in the studio an instant believer." Written and recorded at Auerbach's Nashville studio, Easy Eye Sound, Walk Through Fire is a truly collaborative record. It was written in the studio by Yola and Auerbach with contributions from songwriting legends who between them have written songs for artists from Glen Campbell to Aretha Franklin. Auerbach also assembled his Easy Eye Sound all-star house band composed of legendary session players. Musicians who performed on the record include bassist Dave Roe (Johnny Cash) as well as drummer Gene Chrisman and pianist Bobby Wood who played on hits by Dusty Springfield and Elvis Presley. Guest performers include up-and-comer Molly Tuttle and country music icon Vince Gill.
48 kHz / 24-bit PCM – Easy Eye Sound/Nonesuch Studio Masters