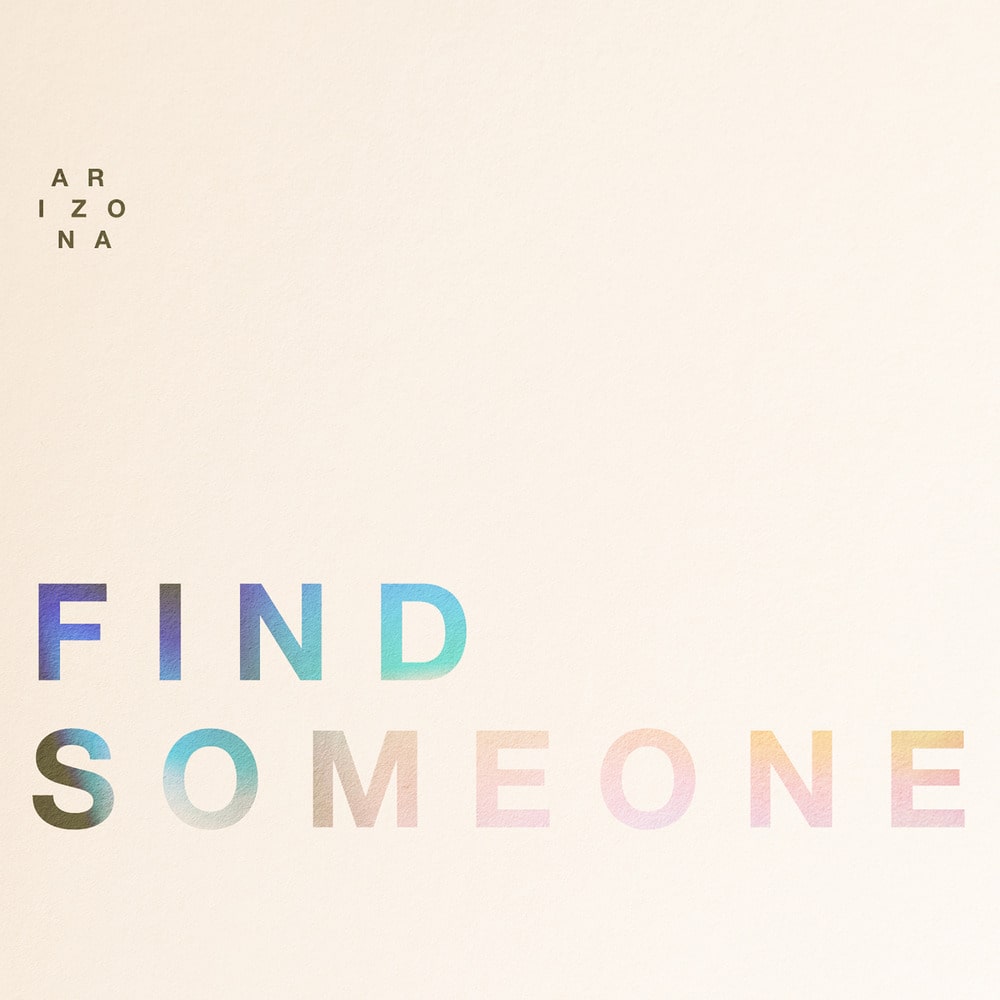 Available in MQA and 44.1 kHz / 24-bit AIFF, FLAC audio formats
Find Someone is the newest single by A R I Z O N A, ahead of a high-anticipated album release to be expected in the near future. For all the climates and cities that bring people together, the boys in A R I Z O N A came together as a trio in an apartment in Boston, their makeshift studio the counterweight to the lofty halls of East Coast music scholarship. In a string of infinite sessions during their time at both Berklee College of Music and Emerson College, Nate (guitar) hopped on a session with David (keys) and Zach (vocals), and all the moving pieces came together in a way that would reincarnate itself in many different fashions before eventually becoming the group now known as “A R I Z O N A”. The three songwriter/producers from Jersey shared an obsession with the far left, sometimes even obscure side of music, but were even more romanced by the brutal honesty of pop topline and lyrics. Their music - including “I Was Wrong,” “Where I Wanna Be,” “Let Me Touch Your Fire,” and “People Crying Every Night” - creates new shapes and boundaries to span genres, time periods and styles, all focusing on the naked human tropes contained in the traditional pop narrative: love, loss, the need for raw unhinged expression.
44.1 kHz / 24-bit PCM – Atlantic Records Studio Masters