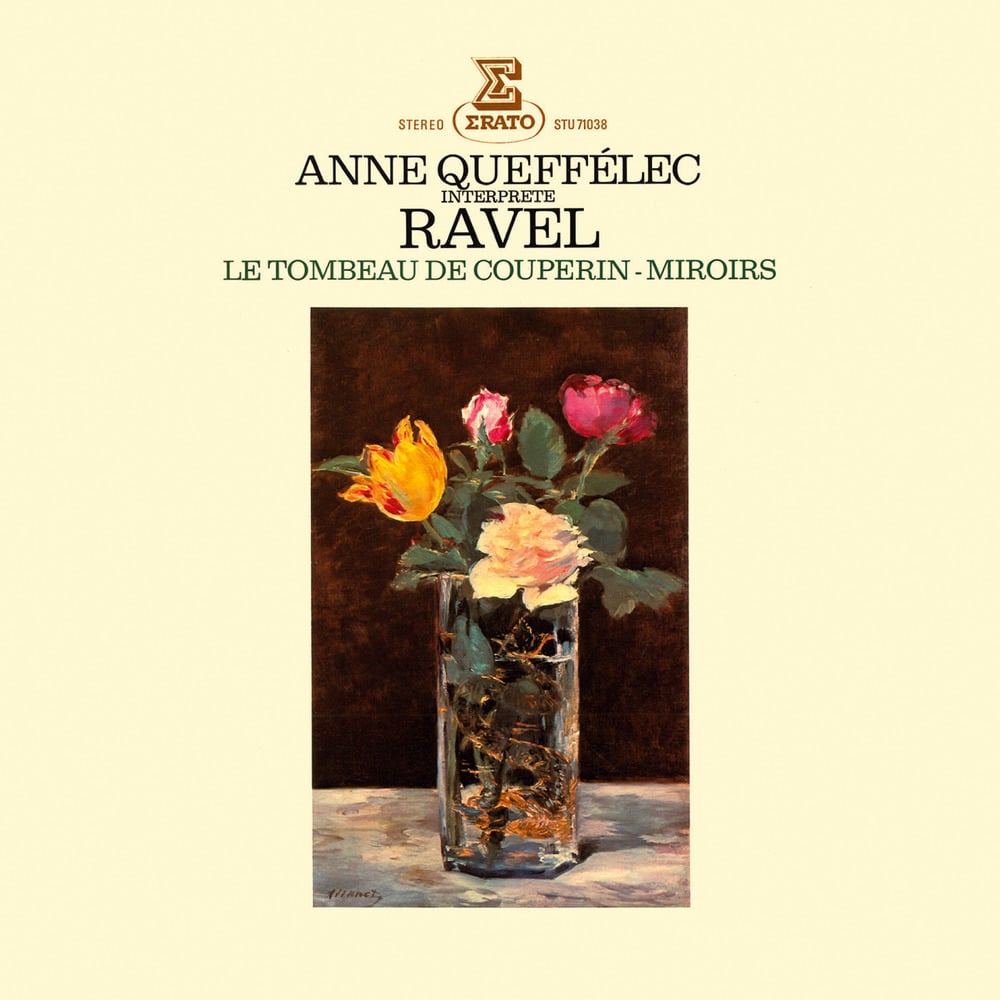 Available in 96 kHz / 24-bit AIFF, FLAC high resolution audio formats
"The pianist sculpts silence within the flesh of the note. Her quest for meaning creates that rare feeling that music seems to know the interpreter better than she knows herself. The notes run free on the keyboard to reach the essence of music, which anyone can enjoy profoundly." - Le Figaro Anne Queffélec, unanimously considered as one of the most remarkable pianists of our time, enjoys international fame as well as an exceptional influence over musical life. After graduating at the Paris Conservatoire, she studied in Vienna, where Paul Badura-Skoda, Jorg Demus and especially Alfred Brendel respectively became her teachers. The audiences of the world would soon discover the charm and musical smartness of this great performer when she successfully won the International competitions in Munich and in Leeds. Miroirs (French for "Mirrors") is a five-movement suite for solo piano written by French composer Maurice Ravel between 1904 and 1905.[1] First performed by Ricardo Viñes in 1906, Miroirs contains five movements, each dedicated to a fellow member of the French avant-garde artist group Les Apaches. Le Tombeau de Couperin is a suite for solo piano by Maurice Ravel, composed between 1914 and 1917, in six movements based on those of a traditional Baroque suite. Each movement is dedicated to the memory of a friend of the composer (or in one case, two brothers) who had died fighting in World War I. Ravel also produced an orchestral version of the work in 1919, although this omitted two of the original movements.
96 kHz / 24-bit PCM – Warner Classics Studio Masters