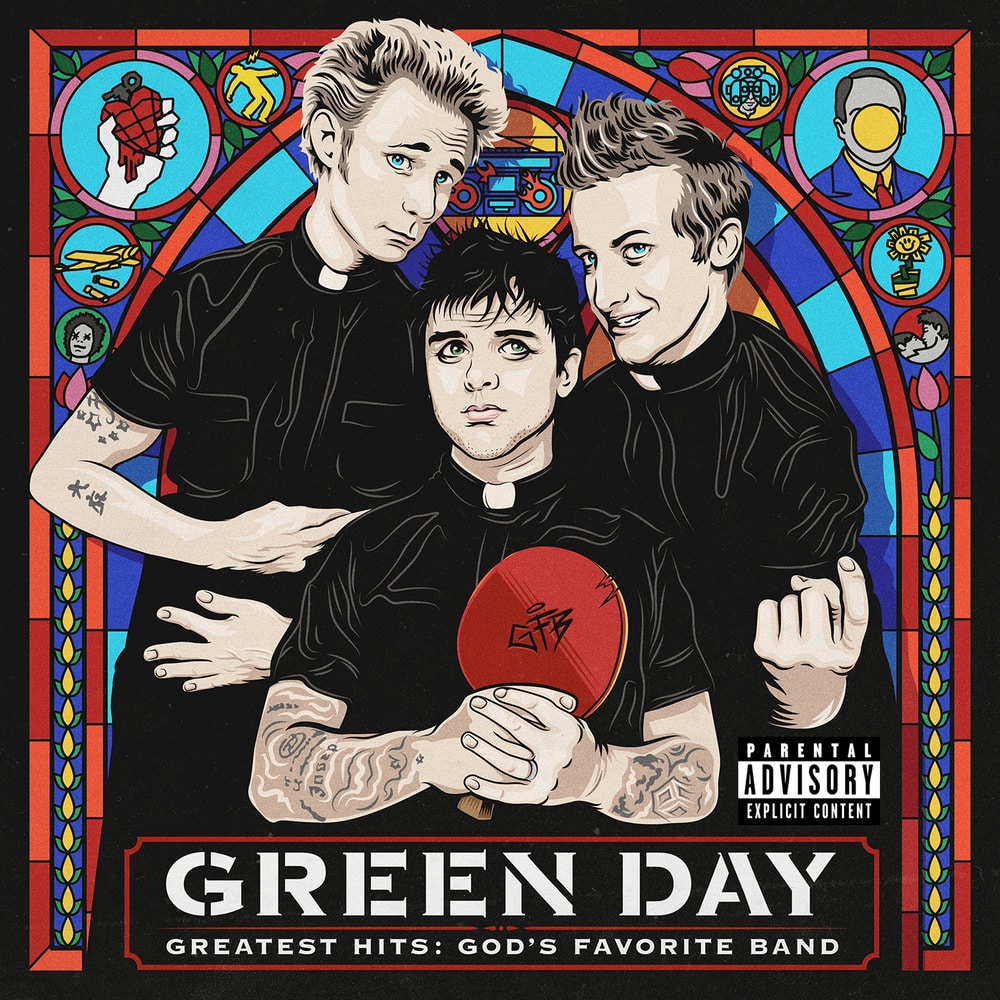 Available in MQA and 88.2 kHz / 24-bit AIFF, FLAC high resolution audio formats
Greatest Hits: God's Favorite Band is the second greatest hits album by American rock band Green Day, released on November 17, 2017. God's Favorite Band features 20 of Green Day's previous hits, as well as 2 new songs: a new version of the Revolution Radio track "Ordinary World", featuring country singer Miranda Lambert, and a previously unreleased song entitled "Back in the USA". The album includes songs from all of Green Day's studio albums, with the exception of 39/Smooth, ¡Dos!, and ¡Tré!. 10 of the tracks previously appeared on Green Day's 2001 greatest hits album International Superhits!. The album's title is a reference to a joke made by Stephen Colbert during the band's March 22, 2017 appearance on The Late Show, in which Colbert quipped that Green Day were "God's favorite band". Colbert's joke was in itself a reference to a comment made by Green Day drummer Tré Cool on the band's 2005 DVD Bullet in a Bible, in which Cool remarked that the rain clouds over the venue had cleared because "God wants to watch his favorite band again."
88.2 kHz / 24-bit PCM – Reprise Studio Masters