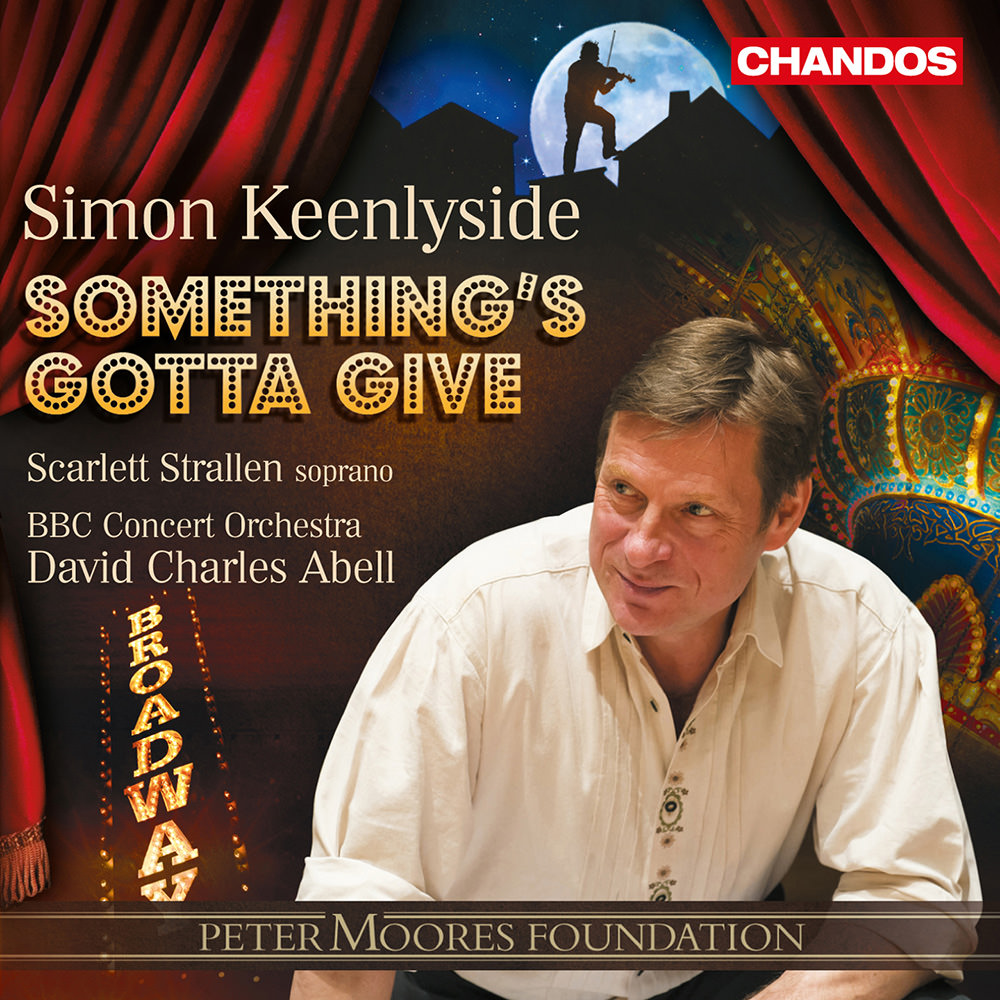 "... obviously a labour of love for all concerned, including the brilliance of the BBC Concert Orchestra under David Charles Abell who was responsible for seeking out those magical and brilliantly evocative orchestrations for this wholly excellent collection."
- ClassicalSource.com

Simon Keenlyside, one of the world’s most sought-after operatic baritones, presents this collection of Broadway and Hollywood music, songs that require every bit as much attention to text and interpretation as Lieder and often the same mastery of vocal technique as operatic arias. Scarlett Strallen, a regular presence on West End and Broadway stages, joins Keenlyside in duets and sings two numbers on her own. They are accompanied by David Charles Abell, a musician steeped in the tradition of musical theatre, who conducts the BBC Concert Orchestra in wonderfully lush original orchestral arrangements, a number of which have been specially restored for this recording. The range represented showcases the many facets of Keenlyside both as an extraordinary vocalist and endlessly charismatic performer.
96 kHz / 24-bit PCM – Chandos Studio Masters