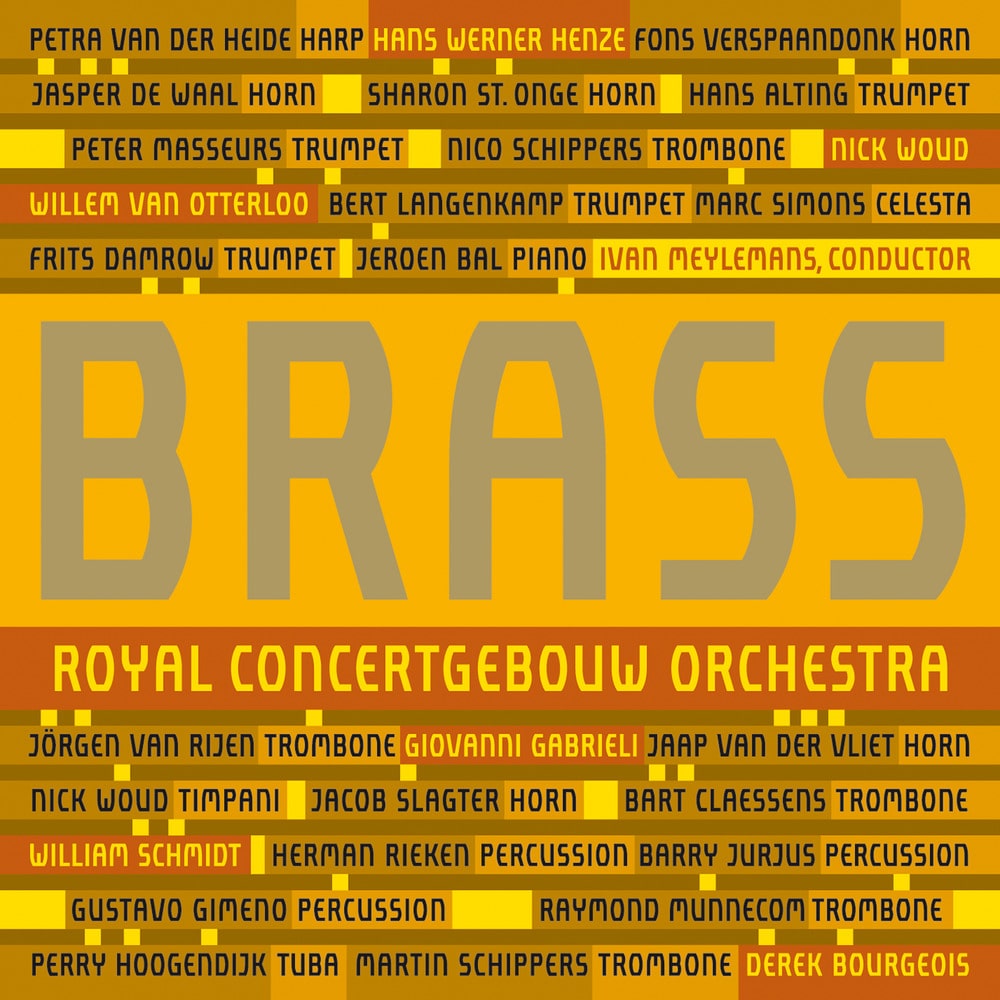 Available in MQA and 88.2 kHz / 24-bit AIFF, FLAC high resolution audio formats
"Four Stars ... an exciting programme of great variety ..." - Audiophile Audition "The playing was brilliant ... the sound was spectacular ... a great experience. Strongly recommended." - Fanfare This debut album from the Brass of the Royal Concertgebouw Orchestra was recorded live in late 2006 and features a diverse range of works by composers Hans Werner Henze, Willem van Otterloo, Giovanni Gabrieli and Nick Woud. The brass ensemble was formed more or less by chance in 2003 when the RCO skipped its annual American tour; the American Friends of the Royal Concertgebouw Orchestra saw a chance to invite the brass players to give concerts and master classes in the US. After a successful tour with master classes at the Curtis Institute of Music in Philadelphia and the Juilliard School in New York, the entire ensemble continued giving concerts. The brass section had been performing in various configurations for many years but never all together (trumpets, horns, trombones and tuba).
88.2 kHz / 24-bit PCM – Royal Concertgebouw Orchestra Studio Masters

Recorded at Concertgebouw Amsterdam in November and December 2006.