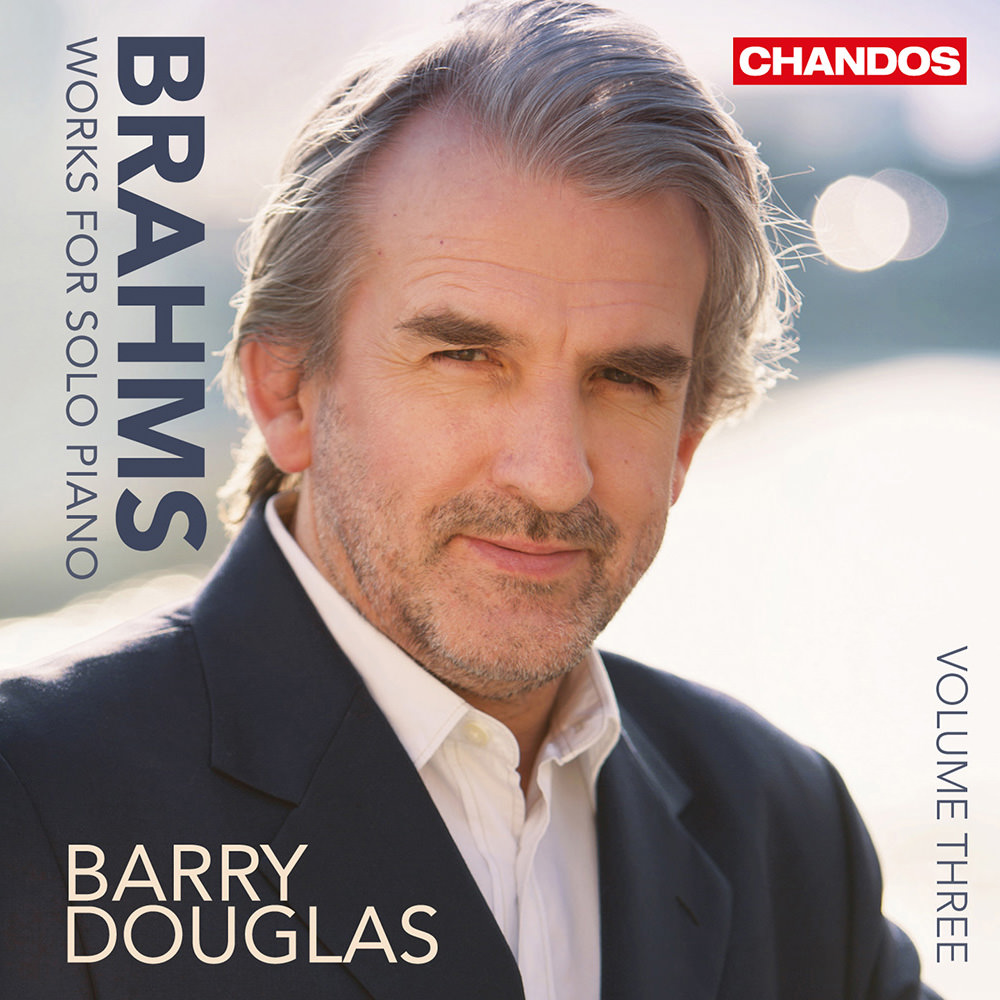 "... Douglas is a fine and authoritative guide to Brahms’s music and I’ve enjoyed this latest volume just as much as the previous releases. The music is wonderful and Douglas is a compelling advocate for it. The recorded sound is very pleasing."
- MusicWeb International

"... outstandingly recorded and presented, this is a fine addition to Brahms, to music which in such hands leaves you a different person ... I can only wonder at his Brahms, which is superbly masterful in technique and musicianship ... you hear an unfaltering commitment to exclusively musical matters and the results are as moving as they are exemplary."
- Gramophone

Barry Douglas presents the highly anticipated third volume in his series devoted to Brahms’s solo piano music, the first two albums having been met with widespread critical acclaim. The selected intermezzi performed here come from the collections of short piano pieces; Brahms's last works for piano. Those are contrasted with his early Piano Sonata No. 2, full of a youthful, strident energy. Brahms’s set of 16 waltzes were originally conceived for piano four hands and were arranged by popular demand for solo piano soon after. They capture the sense of joyful abandon often associated with the genre but their romanticism and nostalgia are uniquely Brahmsian.
96 kHz / 24-bit PCM – Chandos Studio Masters