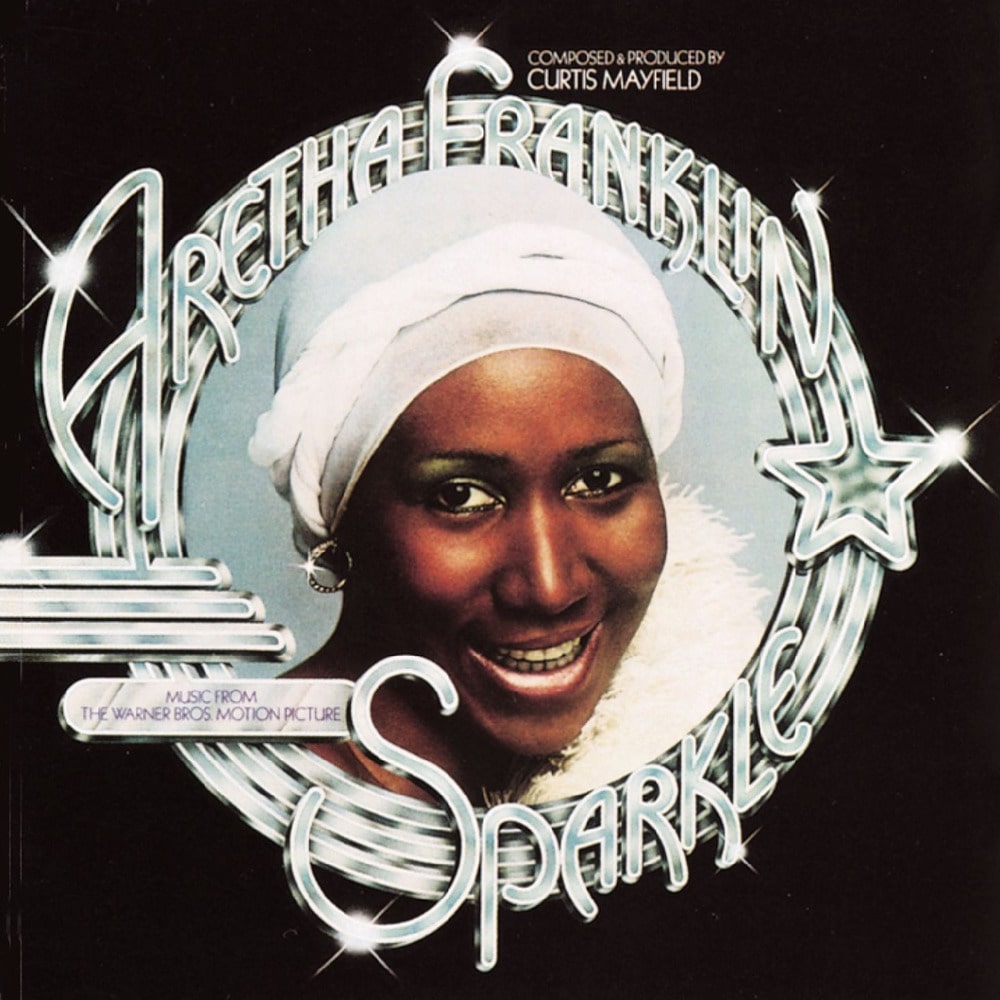 Sparkle (Music From The Motion Picture)

"Though she'd already been hailed as the Queen of Soul for her run of sultry '60s hits for Atlantic, Aretha Franklin split her time in the '70s between explorations of her gospel roots and flirtations with the pop mainstream, often with diminishing results. But, just as the music she had so long epitomized was evolving into rhythmic funk and nascent disco, Franklin teamed with fellow soul vet Curtis Mayfield to produce the soundtrack for this otherwise unremarkable film project, a collaboration that retrenched her successfully in the dramatic, gospel-rooted musical framework of a decade earlier."
- Jerry McCulley (Rolling Stone)

Sparkle (Music From The Motion Picture) is a soundtrack album by American singer Aretha Franklin, written and produced by Curtis Mayfield.

Released on May 27, 1976, it is the soundtrack album for the 1976 Warner Bros. motion picture Sparkle, starring Irene Cara. The songs on the soundtrack feature the instrumental tracks and backing vocals from the film versions, with Franklin's voice taking the place of the original lead vocalists.
192 kHz / 24-bit, 96 kHz / 24-bit PCM – Rhino Atlantic Studio Masters