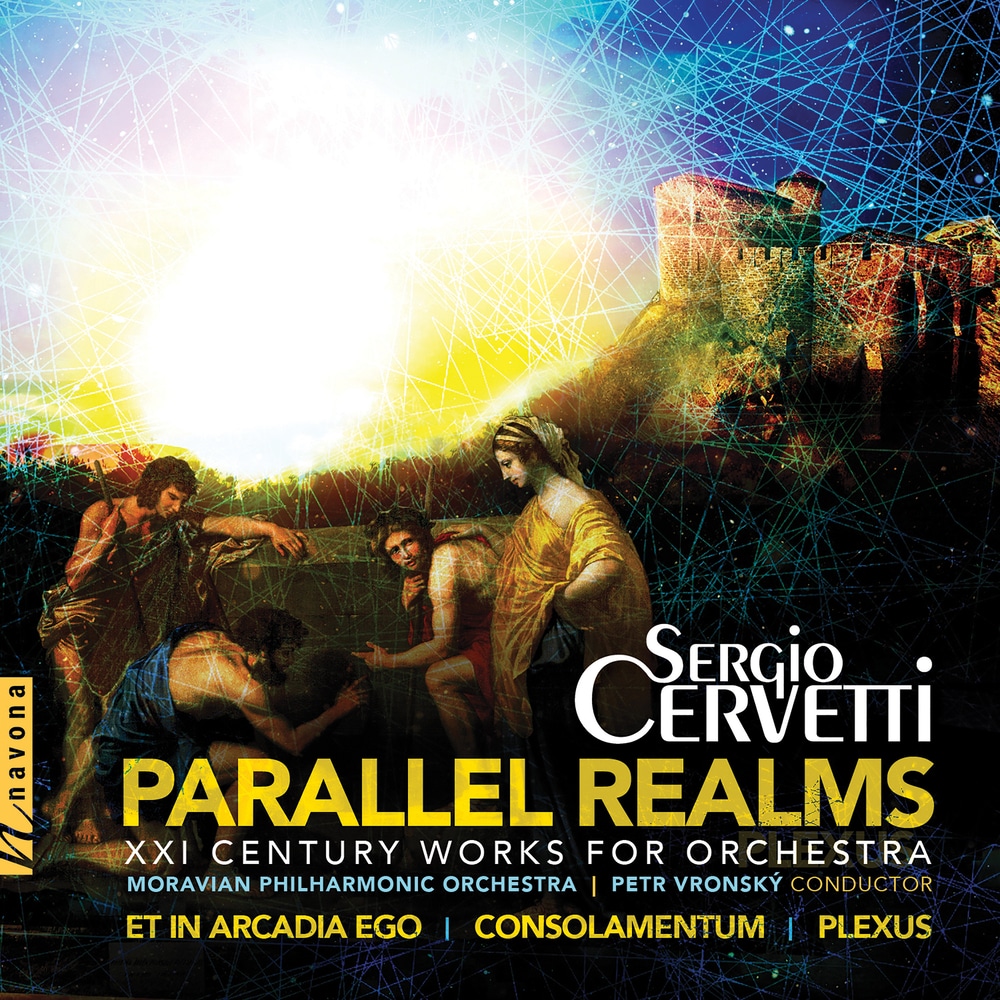 Sergio Cervetti, born in Uruguay, immigrated to the United States in 1962 to study contemporary composition, and his work contains a certain cosmopolitan quality reflective of his past and present. Although essentially a minimalist since 1970, he has branched out to embrace and incorporate diverse elements from a variety of aesthetics. Ever-present is the nexus of nature and science, of the mundane and the miraculous. Et in Arcadia ego is, most of all, the invocation of a childhood memory. Inspired by an adventurous journey to the island reserve Martín García off the coast of Uruguay, which Cervetti undertook as a young boy of only 7, it illustrates the traveler's awe at reaching a paradisiacal shore. The composer found himself struck with the same sensation years later on the other side of the world, in France, while viewing Nicolas Poussin's Baroque painting of the same name at the Louvre. Both the painting and the musical work present the paradox of not only death within paradise, but death’s vital role in the renewal of life. This meditation on mortality is almost religious in nature and thus sets the stage for Consolamentum, an homage to the Cathar and Albigensian martyrs who suffered persecution by the Catholic Church in 12th-century Southern France. The title alludes to the unique, somewhat mystified sacrament of the former, which was considered an immersion in the Holy Spirit and supposed to bring about absolution from all sin. Plexus, on the other hand, takes the listener back to the realm of science. The minimalist, aleatoric composition mimics a branching network of nerves, being, in its own right, an intricate microcosm of structure and sound. Cervetti truly shines in this finale, with the impressively complex, fractal structures eventually thinning out to a mere whisper.
44.1 kHz / 24-bit PCM – Navona Studio Masters